We are doomed: Young people in Palestine are losing hope
Voices
5 min read

Following a recent trip to the West Bank, Yara Asi warns about the desperate reality of young Palestinians who are faced with increasing Israeli violence and repression, high unemployment and very little hope. They feel their only option is to leave. 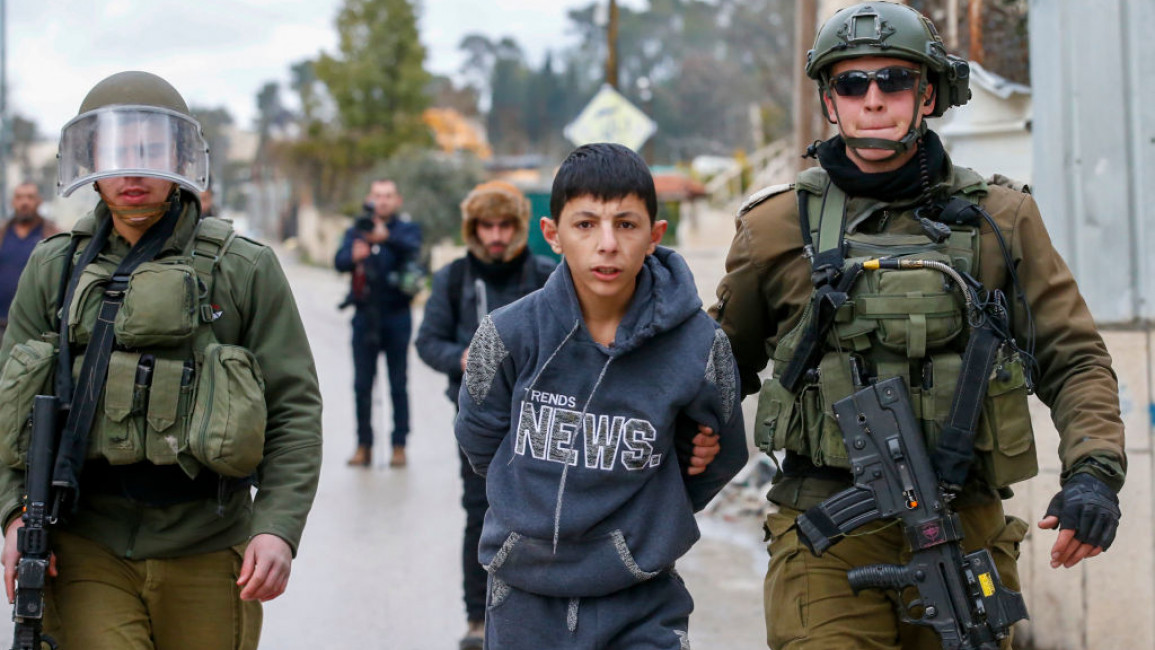 Young people in Palestine are surrounded by increasing levels of settler violence, settlement expansion, and the extrajudicial killings of members of their communities and loved ones, explains Yara Asi. [GETTY]

‘We do not inherit the Earth from our ancestors; we borrow it from our children’, goes the well-known and poignant saying of unknown origin. I was reminded of it while sitting in a focus group with eight young Palestinian college students a few weeks ago, as part of a research study I was conducting in the West Bank. “We are doomed,” said one. “There is no hope for us here.” The others in the group murmured their agreement.

Palestine, like many of the countries in the Middle East, is often referred to as a young nation. Indeed, 22% of the population is between the ages of 18-29; 38% are under the age of 15. In many ways, this is a positive indicator. A young population means plenty of workers to sustain the economy, people that are relatively healthy and aren’t yet afflicted with the chronic ailments that come with age, and a surplus of new, fresh, and innovative ideas.

''A 20-year-old in Palestine today was born during the Second Intifada, when heavy restrictions were imposed on Palestinian movement and Israel began construction of the illegal wall. They were born nearly a decade after the Oslo Accords, which promised Palestinians a state by 1999 and has instead only more deeply entrenched Israeli control of their lives. They saw the blockade imposed on the Gaza Strip which persists, 15 years later. They saw many peace processes start and fall apart, and many symbolic gestures of statehood in bodies like the United Nations do little for their lived realities and their hopes for liberation.''

But what I learned in my recent trip to the West Bank is that for Palestinian young people to thrive, they need hope. For too many of them, there is little of that. And some are deciding to leave Palestine in order to find some.

In some ways, who can blame them? A 20-year-old in Palestine today was born during the Second Intifada, when heavy restrictions were imposed on Palestinian movement and Israel began construction of the illegal wall. They were born nearly a decade after the Oslo Accords, which promised Palestinians a state by 1999 and has instead only more deeply entrenched Israeli control of their lives. They saw the blockade imposed on the Gaza Strip which persists, 15 years later. They saw many peace processes start and fall apart, and many symbolic gestures of statehood in bodies like the United Nations do little for their lived realities and their hopes for liberation.

On a more practical level, life is also difficult for these young people. Youth unemployment, including for college graduates, reached 36% in the West Bank and an astounding 74% in the Gaza Strip. Unemployment rates for women were nearly a third higher than for men.

The West Bank is facing housing shortages while seeing increased land seizures from Israel. Cost of living has gone up significantly, leading to higher prices for food, gasoline, and electricity, leading to protests throughout the West Bank.

At the same time, many of the Arab states that purported to be supporters of the Palestinian cause have instead normalised relations Israel, while Western governments have made clear there will be no consequences, even following the occasional statements of condemnation during violent onslaughts led by Israeli forces.

Brain drain is the colloquial term that refers to the emigration of educated and skilled individuals, usually from low-resource countries to those with more economic opportunities or political freedoms. This has been cited as a national concern in Palestine for decades.

In 2006, then-deputy foreign minister Ahmed Soboh called for an end to the brain drain, saying that record numbers of skilled Palestinians were applying to leave the territory. In fact, following every major societal disruption, like wars or the first and second Intifadas, some significant proportion of the educated class leave to seek safety and security elsewhere.

Doctors and professors I talked to were worried about what this meant for the future of their professions, while many university students told me about their aspirations to study in Turkey, Egypt, Jordan, Russia, Europe, the Gulf, or the United States, and stay there for employment if they were given an opportunity.

From my casual assessment of the situation, it did seem to portend a worrying future for Palestinians in the coming years and decades.

However, other discussions with nurses working at a hospital in Nablus, I asked them if they were worried about the fact that all the nursing students I spoke to planned to find jobs elsewhere. “That was us, too, at that age,” one nurse told me with a weary smile. “Then life happens, you get married, you think about leaving your family, your culture, your home, and then the decision is not so easy.”

Rayan Suleiman and growing up in occupied Palestine

It is apparent that the mass emigration of a country’s best and brightest youth is detrimental to the future of that country. In the context of Palestine, an occupied territory without sovereignty and an overwhelming set of challenges, the loss of that youth is not just worrying, but existential.

Most of the Palestinian Authority’s politicians are much older than the average person, not least of which is the 87-year-old President, Mahmoud Abbas. They do not seem particularly interested in making changes that will keep their youth thriving and motivated, if not incapable altogether.

We don’t have precise, longitudinal data about permanent emigration from Palestine. Many will leave for education or training with the hopes of returning back home. But if Palestinians do not invest in their youth, they risk creating further obstacles for themselves down the line, especially if the political and economic situations do not improve.

While the ties of family and homeland are strong, they are not sufficient to keep all young Palestinians from hoping to build their lives away from the trauma and chaos.

Yara M. Asi, PhD, is an Assistant Professor of Global Health Management and Informatics at the University of Central Florida, a Visiting Scholar at the FXB Center for Health and Human Rights at Harvard University, and a US Fulbright Scholar to the West Bank.