Why do so many Jordanians want to emigrate?

Why do so many Jordanians want to emigrate?
In Brief
5 min read

With half of Jordanians looking to leave, a closer look at the seemingly stable kingdom reveals compounding political, social and economic issues under the surface that have made it difficult for many to imagine a future, writes Tareq Alnaimat. 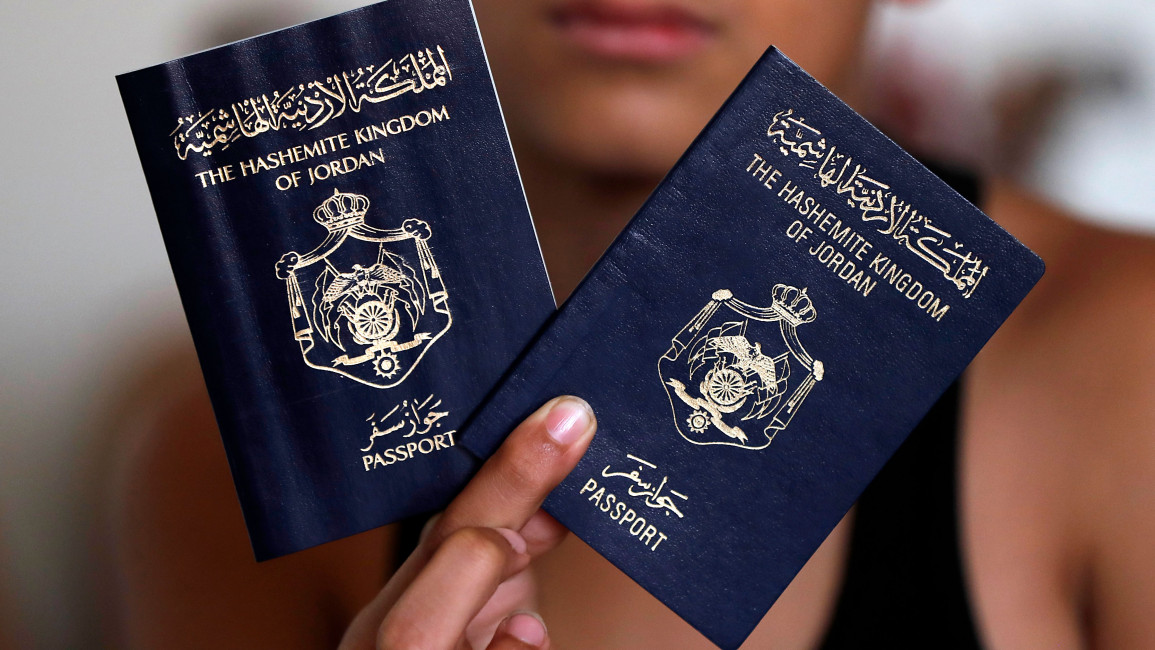 Nearly half of all Jordanians, and two thirds of those under the age of 30, are looking to emigrate, citing economic reasons as their motivation. [Getty]

The desire of a citizen from developing countries to emigrate in search of a better future may seem understandable. Still, for the Kingdom of Jordan, the number of Jordanians wishing to emigrate is alarming, according to recent polls.

Compared to the rest of the Middle East, Jordan enjoys relatively better conditions than other countries in the troubled region, with access to essential services such as electricity, water, free education, and public health available to all. Still, the desire to emigrate is overwhelming and has increased unprecedentedly, bypassing countries experiencing conflicts, civil wars and economic collapses, such as Lebanon, Syria, and Yemen.

So what are the underlying reasons pushing people to want to move abroad?

"The overwhelming desire to emigrate, in one way or another, reflects the deep crisis and great anxiety experienced by Jordanian youth and indicates a loss of confidence in the homeland as a haven for stability and building a personal and professional path"

The answer to this question is complex and challenging to enumerate. Although polls focus on economic motives as a reason for migration, confining the phenomenon to this reason generates a limited vision that reflects only a partial picture of the situation.

The overwhelming desire to emigrate, in one way or another, reflects the deep crisis and great anxiety experienced by Jordanian youth and indicates a loss of confidence in the homeland as a haven for stability and building a personal and professional path. Migration is the way out of a place where prospects have been blocked, and opportunities for development appear to be governed by conditions that most of those who wish to emigrate do not have.

The Arab Barometer survey shows that 63 percent of Jordanians under the age of 30 are considering emigrating, while 39 percent of older Jordanians express a similar desire. This percentage is higher than that of countries experiencing economic and political crises, such as Lebanon, where 60 percent of young people want to emigrate, while the percentage in Palestine stands at only 39 percent.

The survey also shows that those with a university education or a higher education degree are more likely to want to emigrate than those with lower educational levels. According to the survey authors, this points to a potential brain drain problem in the region. When searching for the motivations, the Barometer poll reported that 93 percent of Jordanians who want to leave the motherland say that it is for economic reasons.

Other polls help to paint a clearer picture, with weakening faith by Jordanians in political institutions another key reason for emigration. According to a survey by the Centre for Strategic Studies, trust in various state institutions has decreased. About 53 percent have faith in the judiciary, 15 percent in the parliament, 36 percent in trade unions, 12 percent in political parties, and 39 percent in the media. Overall, 67 percent of Jordanians say they do not trust the government.

Jordan has witnessed an almost constant decline in the field of public freedoms in recent years. According to the Freedom House Index, Jordan's classification has declined from "partly free” to “not free" as a result of "the strict new restrictions imposed on freedom of assembly, and the dissolution of the teachers' union following a series of strikes and protests.”

"These clear indications warn of a severe impending social crisis that may become explosive. There is no time for patchwork or partial solutions"

Within the climate of faltering political reform and declining freedoms, the economic problems have been no less aggravating, as the level of public debt in Jordan has reached 29 billion dinars (about 41 billion US dollars) representing 88.6% of GDP. The unemployment rate has risen to about 25 percent, and this has been exacerbated by the effects of the coronavirus pandemic on the economy.

In recent years, financial insolvency has increased, leading to a heavy dependence among Jordanians on bank loans; tens of thousands of people have suffered from problems in repaying, resulting in judicial issues.

These economic and political factors have combined to increase pressure on the average Jordanian citizen. Jordanians may not be able to see a better future on the horizon. Successive Jordanian governments have made promises to implement economic projects to provide job opportunities, along with promises of political and economic reform and the formation of committees that encourage the growth of political life, but none of this has resulted in tangible results in the reality of daily life.

The hefty price of political reform in Jordan

These clear indications warn of a severe impending social crisis that may become explosive. There is no time for patchwork or partial solutions. Comprehensive political reform is required, allowing citizens to participate in decision-making and to restore confidence in political and constitutional institutions.

This must be accompanied by comprehensive economic reform. Such reforms must include fighting corruption, transparency, providing decent job opportunities, and reducing the wage gap and class disparity. All of this is conditional on an uncompromising and sustainable political will from the decision-making institutions, including the royal court.

Although the process will not be easy and may take time, postponing it and continuing with the status quo will result in high costs and complex problems that may cause irreversible damage in the future of the Jordanian kingdom.

Tareq Al-Naimat is a Jordanian journalist and researcher specializing in Islamist movements. He currently works as a senior editor at al-Araby al-Jadeed, The New Arab's Arabic-language sister outlet.