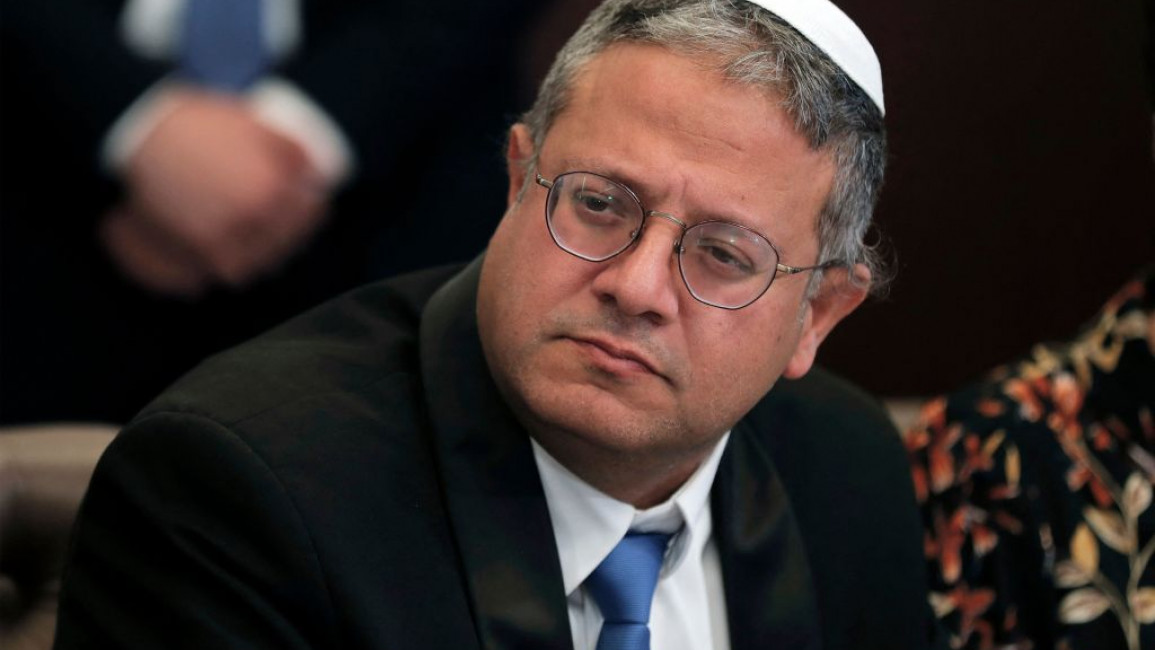 Israeli apologists (including senior officials) are claiming that the ‘visit’ by Israeli Minister of National Security Itamar Ben Gvir to al Aqsa Mosque on the morning of 3 January was a routine visit and not a violation of the status quo. The provocative visit by an Israeli official whose party’s platform, calls for the change of the status quo, on Islam’s third holiest mosque, is tantamount to trying to cover the sun with a sieve.

It is true that the radical Jewish leader did not pray on the grounds of the holy Islamic site, but the visit nevertheless violated both the spirit and the letter of the centuries-old status quo agreement and the 2014 Jordan-Israeli understanding. His so-called visit was made precisely because Items 6 of the platform of Ben Gvir's party (Otzman Yehudit) states clearly that their goal is to "restore Jewish Sovereignty and Control over the Temple Mount." This means taking over Islam's third holiest mosque and kicking out its Muslim worshipers.

''The 13-minute supposed visit by the minister with a large security detail, was not done by an innocent tourist who wanted to see for the first time the important historic and religious shrine. It was done in defiance of the Israeli understanding with Jordan and as part of the fulfilment of his party’s platform of working to change the status quo on the holy esplanade.''

The 1852 status quo Ottoman firman (decree) of Sultan Osman III preserved the division of ownership and responsibilities of various holy places in the city of Jerusalem, the cradle of three monotheistic religions which is currently under Israeli occupation according to international law and UNSC resolutions.

That agreement makes it clear that the 144 dunum (35 acres) containing al-Haram Al Sharif/Al Aqsa Mosque is an Islamic shrine that is to be administered by an Islamic council. The waqf council that is currently administering the UNESCO-protected World Heritage Site has set protocols for when visitors can visit and how they are to dress and behave.

The Jordanian Waqf Ministry which administers the mosque has nearly one thousand guards, guides, and other employees on their payroll, deployed at the holy site regulating both Muslim worshipers and anyone else who wants to visit during non-Muslim prayer times.

In fact, this issue was the focus of a November 2014 agreement reached in the Jordanian capital, Amman, with the help of then US Secretary of State John Kerry. In its most basic articulation that agreement (often repeated by Jordanian and Israeli officials) says that the holy shrine is for Muslims to pray and for all others to visit.

A more detailed version of that agreement includes Israel allowing unfettered access by Muslim worshipers to their mosque and at the same time limiting Jewish visitation both in numbers and in the type of people who can visit. Because the idea is that the holy Muslim site is open for visitors, the agreement calls on Israel not to allow extremists to visit the site nor should individuals come repeatedly.

This is exactly what Minister Ben Gvir did in direct violation of the US-sponsored understanding. The 13-minute supposed visit by the minister with a large security detail, was not done by an innocent tourist who wanted to see for the first time the important historic and religious shrine. It was done in defiance of the Israeli understanding with Jordan and as part of the fulfilment of his party’s platform of working to change the status quo on the holy esplanade.

No wonder Jordan, whose monarch and his family have been custodians of the holy sites in Jerusalem for decades, summoned the Israeli ambassador in Amman to submit to a strongly worded protest.

Even the friendly Arab country of the United Arab Emirates whose leader was supposed to host Israel’s prime minister cancelled the visit and instructed its UN ambassador to call a session of the UN Security Council because of this breach and the provocation towards 1.5 billion Muslims.

Israeli defence expert Amos Gilad also argued that Ben Gvir's entry as a minister gives the impression that the “state of Israel has entered.”

What makes the visit a violation of the status quo is the motivation behind it. Was the minister of police checking out security issues or making a statement about the need to change the status quo? Most observers would argue the latter.

Al Aqsa Mosque was built in 705 CE, and except for ninety days when the Crusaders controlled Jerusalem, it has been administered by Muslims for thirteen centuries.

An earlier effort by a senior Likud leader, Ariel Sharon in the fall of 2000 caused the eruption of protests referred to as the Al Aqsa Intifada that caused bloodshed and retracted the efforts to end the Israeli occupation and to allow Palestinians to live in their own independent state next to Israel on areas occupied in June 1967.

While reaching such peace appears to have largely retreated, the far-right Israeli efforts to change the status quo on the holy Muslim shrine will not only deny such a possibility, it could also trigger a religious war that no one in this part of the world wants. Respecting the status quo is the only way to preserve peace and the right to worship.

Daoud Kuttab is an award-winning Palestinian journalist and the former Ferris Professor of Journalism at Princeton University.

Kuttab
Recent Articles
A Winning World Cup Strategy for the Arab World
21 Dec 2022
Abbas' two-state solution UN speech: Is anyone listening?
26 Sep 2022
'Storming' is exactly what Israel is doing at al-Aqsa
10 May 2022
What Biden owes the Palestinians