'Rest in power': Israeli forces kill 16-year-old Ahmed Shehadeh in largest raid on Nablus in months
MENA
3 min read
Qassam Muaddi
West Bank
"Shehadeh was hit right in the heart, and was already dead when he arrived at the hospital," Mohammad Muna, a journalist based in Nablus, told The New Arab. 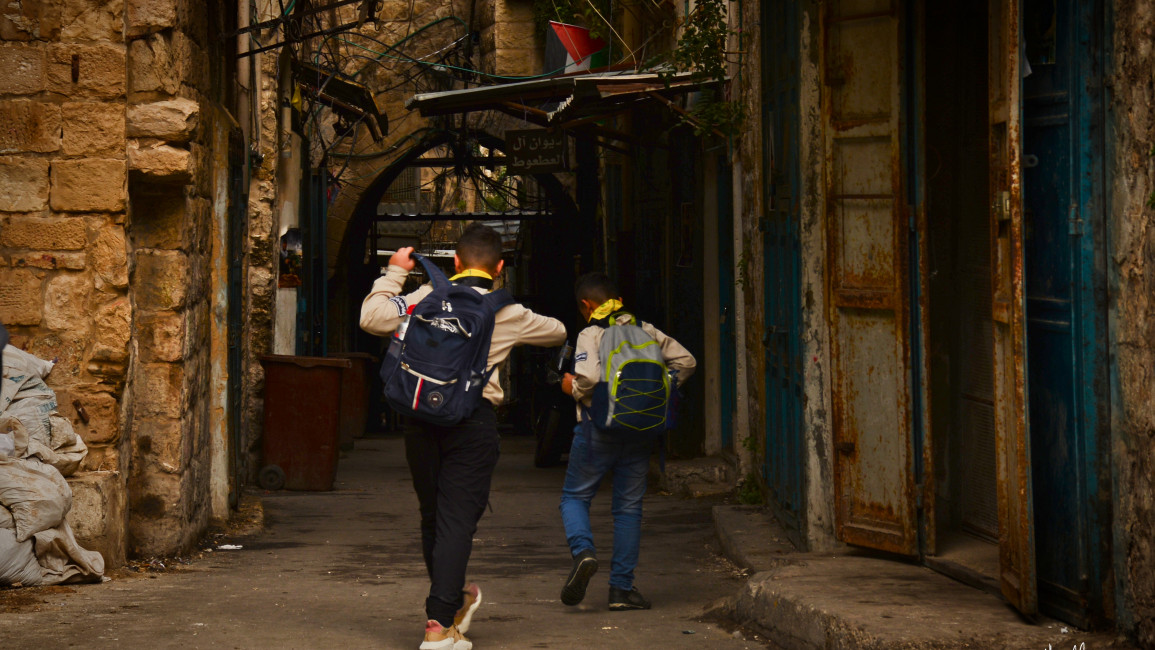 Israeli forces killed a Palestinian teenager in a night raid late on Tuesday in the northern occupied West Bank city of Nablus and wounded at least 20 Palestinians more.

The Palestinian health ministry identified the victim as 16-year-old Ahmed Shehadeh, who was killed by an Israeli live bullet in the heart during the Israeli raid on Nablus’ eastern part on Tuesday.

"This was the largest Israeli raid on Nablus in months," Mohammad Raei, a human rights activist based in Nablus, told The New Arab.

"Occupation forces entered Nablus around 9:00 pm from the eastern part in armoured vehicles, sending ahead of them special forces who took over several rooftops and placed snipers on them," said Raei.

"The forces were escorting Israeli settlers who were brought in buses and headed to the Joseph tomb religious site," noted Raei. "Palestinian fighters confronted the raiding forces and exchanged fire with them during the entire raid."

16-year-old Ahmad Shehadeh was just murdered by the Israeli Occupation Forces in a raid of occupied Nablus. The Ministry of Health reports he was shot in the heart. This is Zionism. pic.twitter.com/k9xAOmCLm1

Israeli forces reportedly used live fire and tear gas during the raid, injuring dozens of Palestinians. The Palestinian Red Crescent Society said in a statement that its medic teams treated 210 injuries during and after the Israeli raid in Nablus.

According to the Red Crescent, 10 Palestinians were wounded by live fire, six of whom were taken to the hospital, while 22 were wounded by rubber bullets, three by fragments and 175 were treated for asphyxiation with tear gas.

Local media sources confirmed to TNA that 16-year-old Ahmed Shehadeh arrived at the Rafidia hospital around 11:00 pm, where he was pronounced dead upon arrival.

"Shehadeh was hit right in the heart, and was already dead when he arrived at the hospital," Mohammad Muna, a journalist based in Nablus, told TNA.

"He was a middle-school student and also worked with his father in his grocery store," detailed Muna. "He had an older brother who passed away a year ago, and a younger brother too."

According to Muna, Shehadeh’s family is "devastated and in a state of shock", and unable to speak to the media.

Tuesday's raid in Nablus is the first large Israeli raid in the city since Israeli forces ended their three-week siege of Nablus in early November.

This is the largest incursion to Joseph tomb since the PASF ambush in 1996.

There are literally hundreds of soldiers only in East Nablus. pic.twitter.com/F2CCwZsQaA

It came hours after the Israeli chief of staff, Aviv Kochavi met with US officials in Washington, where they discussed the ongoing escalation of Israeli raids in the occupied West Bank, among other topics including the Iranian nuclear program and US-Israeli military cooperation.

According to a statement by the White House, the US national security advisor, Jake Sulivan, called upon Kochavi to "take measures to lower tensions" in the occupied West Bank.

Mother of Ahmad Shehadi gives her son a farewell kiss before sending him to his last abode. The 16-year-old Palestinian child was fatally shot by the lsraeli occupation forces yesterday in Nablus city during a military raid. pic.twitter.com/rd9iPd2och