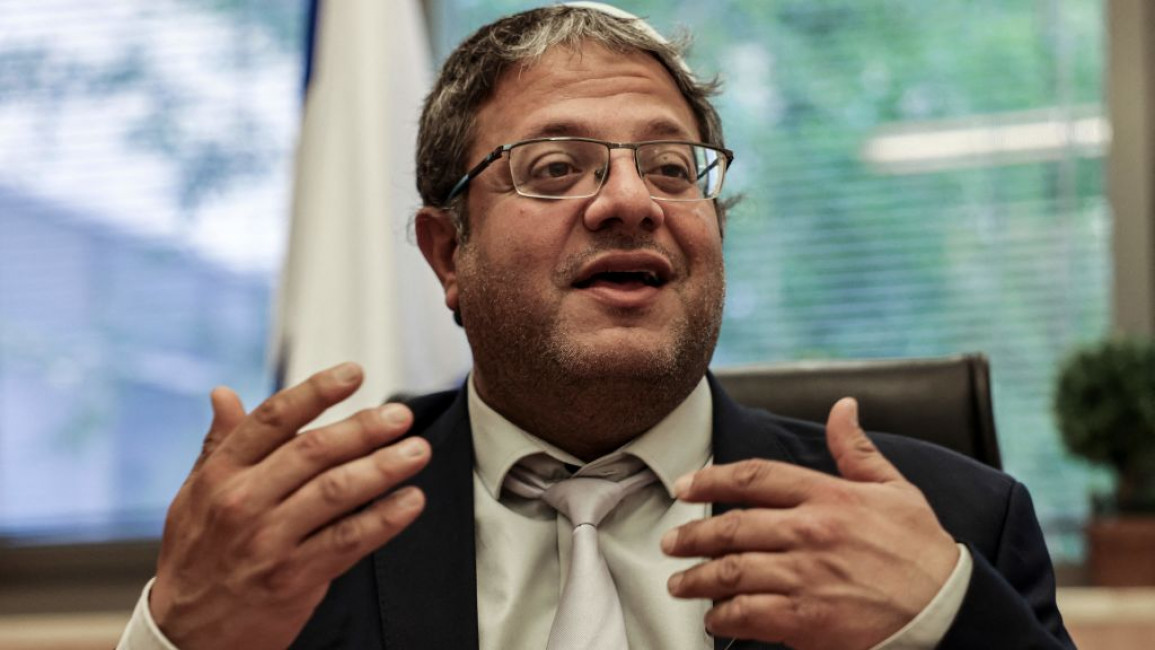 Itamar Ben-Gvir, Israel's new extremist national security minister, is planning to intrude into the Al-Aqsa Mosque compound in occupied East Jerusalem, in what would be seen as a serious provocation at the flashpoint holy place.

The plan comes as radical groups sent Ben-Gvir a letter on Sunday calling for increased access for Jewish extremists to the compound – home to Islam's third-holiest site – and for the building of a synagogue on its grounds.

The far-right politician's office told Israeli police he wanted to attend the occupied East Jerusalem compound on Tuesday or Wednesday, Israeli state-owned media Kan said, citing a source involved in the matter. However, the date was not fixed, according to the news outlet.

Ben-Gvir, chief of the Jewish Power party, later tweeted that he wants to attend the site, though did not say when.

If Ben-Gvir does intrude in the Al-Aqsa compound, it would be the first time he has done so since becoming national security minister.

"The criminal Ben-Gvir's announcement of his intention to storm Al-Aqsa Mosque reflects the arrogance of the fascist settler government and its premeditated intentions to escalate the raids and assaults on Al-Aqsa Mosque with the aim of dividing it," Hamas spokesperson Abdul Latif Al-Qanoua reportedly said in a statement.

"Escalation at Al-Aqsa Mosque is a detonator and the occupation government will bear the consequences of that."

A longstanding agreement governing the Al-Aqsa compound says only Muslims may pray there, while non-Muslims are allowed to visit.

Ben-Gvir, who once was convicted of incitement to racism and supporting a terrorist organisation, is part of Israel's new far-right government, which was sworn in on Thursday.

He and other politicians had called for the status quo governing Al-Aqsa to be changed to allow Jewish prayer at the site, a move that would inflame tensions with Palestinians.

However, the coalition's policy guidelines, released ahead of its assuming power, said the rules governing holy sites, including the Al-Aqsa compound, would stay the same.

Ben-Gvir as security minister: A danger to Palestinians

Many Israeli extremists want Al-Aqsa to be turned into a Jewish temple, a position roundly rejected by Palestinians and Muslims.

In a provocative start to 2023, dozens of radical Israelis stormed the compound via the Mughrabi Gate on Sunday, witnesses cited by official Palestinian news agency Wafa said.

Israeli police protected them as they worshipped at the compound, according to Wafa.