Radical Israelis storm Al-Aqsa Mosque in provocative start to 2023
MENA
3 min read
The New Arab Staff
Israeli police protected the extremists as they worshipped at the Al-Aqsa Mosque compound in breach of the longstanding status-quo agreement governing the holy place. 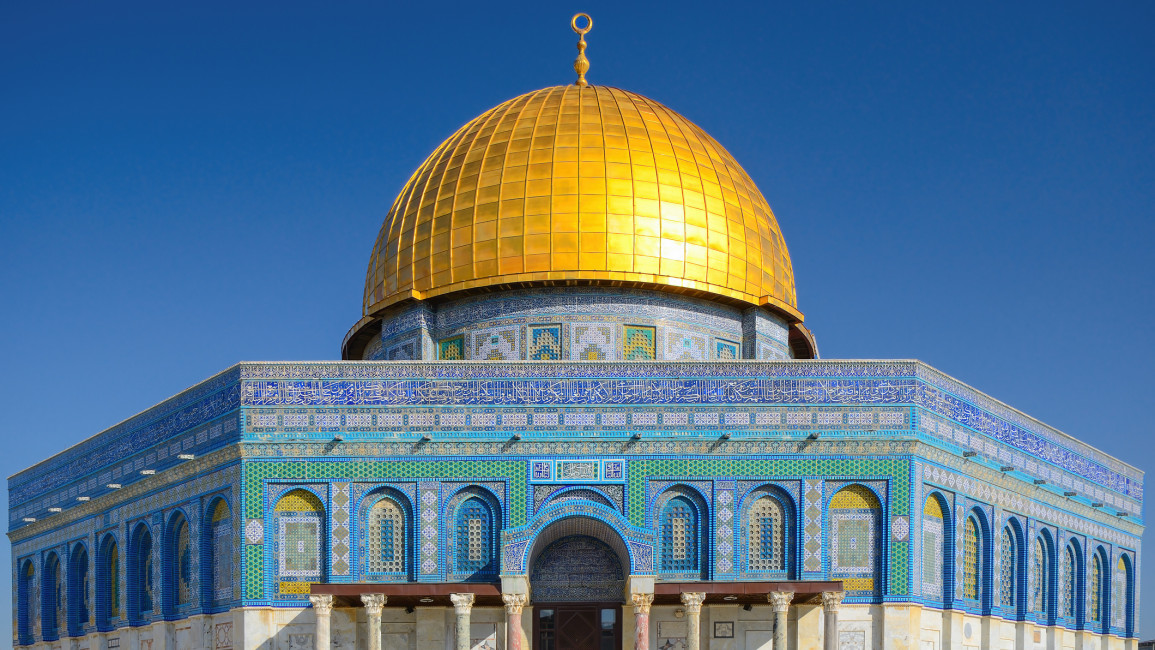 Radical Israelis stormed the Al-Aqsa Mosque compound in occupied East Jerusalem on Sunday, a provocation which took place just a few hours after the beginning of the New Year.

Dozens of extremists forced their way into the site, the third holiest in Islam, via the Mughrabi Gate, witnesses cited by official Palestinian news agency Wafa said.

Israeli police protected them as they worshipped at the compound in breach of the longstanding status-quo agreement governing Al-Aqsa, which says non-Muslims are allowed to visit but not pray there.

Many Israeli extremists wish to see the site turned into a Jewish temple, a position roundly rejected by Palestinians and Muslims.

Tensions are currently even higher than usual following the swearing-in on Thursday of Israel's new far-right government, led by Prime Minister Benjamin Netanyahu.

While the coalition's policy guidelines, released ahead of its assuming power, said rules governing holy sites would remain the same, extremist politicians had called for a change in the status quo to permit Jewish prayer at the Al-Aqsa compound.

On Sunday, radical groups associated with the "Temple Mount Faithful" movement sent a letter to extreme-right Israeli National Security Minister Itamar Ben-Gvir, who is known for his violent rhetoric against Palestinians.

They called for increased access by Jewish extremists to the Muslim holy site and the building of a synagogue on its grounds.

Israel captured East Jerusalem in 1967 before illegally annexing it in 1980 in a move not recognised by most of the international community.

Palestinians view the holy city's eastern sector as the capital of their future independent state.

Israel on Sunday detained three Palestinians from the occupied West Bank's Hebron province, according to Wafa.

Five other arrests were also reported by media, including one man Palestinian news agency Ma'an said was detained at a checkpoint on Saturday evening.

The storming of Al-Aqsa on Sunday comes after Jordan's King Abdullah II said he was prepared for conflict should the status quo regarding holy sites in East Jerusalem change, warning there are "red lines" not to be crossed.

"If people want to get into a conflict with us, we're quite prepared," he told CNN in an interview broadcast on Wednesday but conducted earlier in December.

"I always like to believe that, let's look at the glass half full, but we have certain red lines… And if people want to push those red lines, then we will deal with that."

King Abdullah expressed Jordan's concerns there were those in Israel trying to push for changes in Amman's custodianship of Jerusalem's Christian and Muslim sacred places.

"We are the custodians of both the Christian and Muslim holy sites in Jerusalem; my concern is that there are challenges that the churches are facing from policies on the ground," he said.

"If we continue to use Jerusalem as a soapbox for politics, things can get out of control really, really quickly," the king warned.