Jordan king warns of 'red lines' on Jerusalem status quo, says Amman 'prepared' for conflict
MENA
3 min read
The New Arab Staff
The king of Jordan has urged Israel not to cross boundaries regarding Amman's custodianship of holy sites in Jerusalem, as a hard-right Israeli government sets to pose major challenges for the two countries' relations. 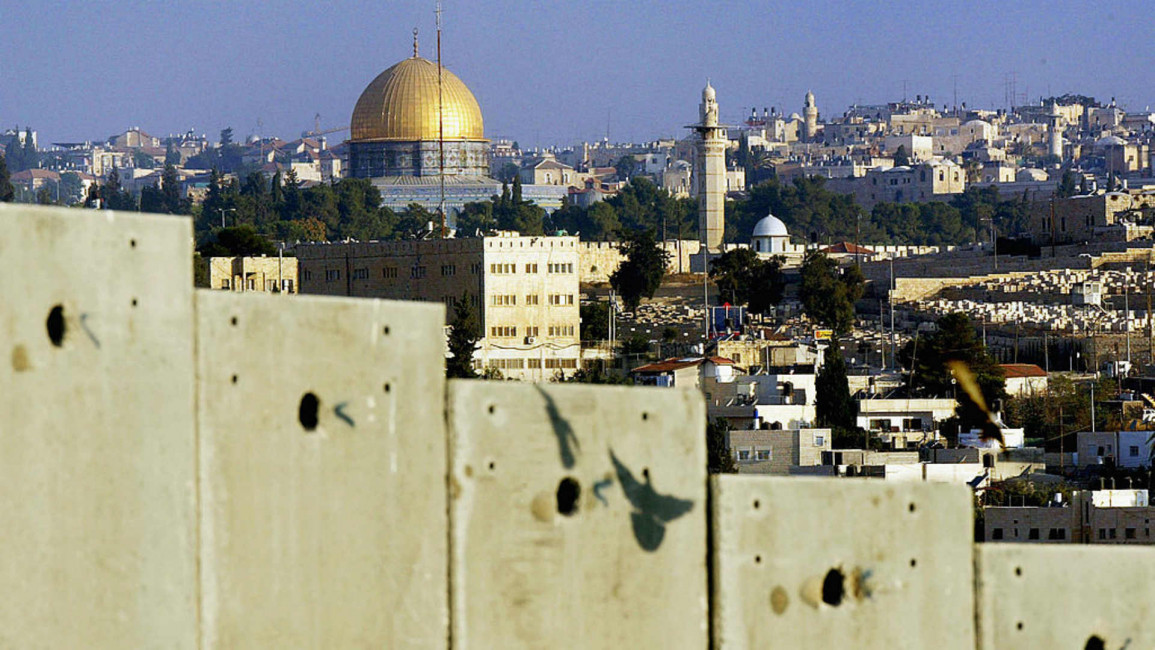 Jordan’s King Abdullah II has said he is prepared for conflict should the status quo regarding holy sites in occupied East Jerusalem change, warning that there are "red lines" not to be crossed.

"If people want to get into a conflict with us, we’re quite prepared," the Jordan sovereign told CNN in an exclusive interview earlier this month, which was broadcast on Wednesday.

The interview was held on the East Bank of the Jordan River where Jesus was believed to have been baptised. The location was symbolically important as the king spoke of the ancient Christian presence in both Jordan and Jerusalem, and the hardships they face due to Israel’s policies.

"I always like to believe that, let’s look at the glass half full, but we have certain red lines… And if people want to push those red lines, then we will deal with that."

The king expressed his country’s concerns that there were those in Israel trying to push for changes in Jordan’s custodianship of Christian and Muslim holy sites in East Jerusalem, which Israel captured in 1967, along with the West Bank and the Gaza Strip.

Jordan is the custodian of the Al-Aqsa complex, home to Islam’s third holiest site.

"We are the custodians of both the Christian and Muslim holy sites in Jerusalem; my concern is that there are challenges that the churches are facing from policies on the ground. If we continue to use Jerusalem as a soapbox for politics, things can get out of control really, really quickly," the king warned.

The king’s relationship with incumbent Israeli Prime Minister Benjamin Netanyahu has been tense for years, even since the latter’s last government, and is set to worsen over the issue of Jerusalem’s holy sites and other matters.

The new Israeli cabinet set to be sworn in this week and is believed to be Israel’s most hard-right government ever. Controversial figures such as Itamar Ben-Gvir – who is set to become national security minister – are expected to be a challenge to Jordan’s already unsteady ties with Israel, established nearly two decades ago.

Despite deep strategic ties, Israel's new far-right government could threaten Jordan's custodianship over holy sites in Jerusalem and jeopardise the fragile peace agreement between both countries.

Touching on growing tensions in occupied Palestinian territories - which witnessed one of its deadliest years in 2022 - King Abdullah also warned that any third Palestinian intifada – or uprising – would lead to a complete breakdown of law.

"We have to be concerned about a next intifada," he said, "and if that happens, that’s a complete breakdown of law and order and one that neither the Israelis nor the Palestinians will benefit from."

"I think there is a lot of concern from all of us in the region, including those in Israel that are on our side on this issue, to make sure that doesn’t happen," he added.

Israeli authorities have killed more than 125 Palestinians this year in the West Bank in raids. At least 26 Israelis have also been killed in attacks across Israel and the Palestinian territories.

The United Nations Mideast envoy said 2022 is on course to be the deadliest year for Palestinians in the West Bank since the UN started tracking fatalities in 2005.