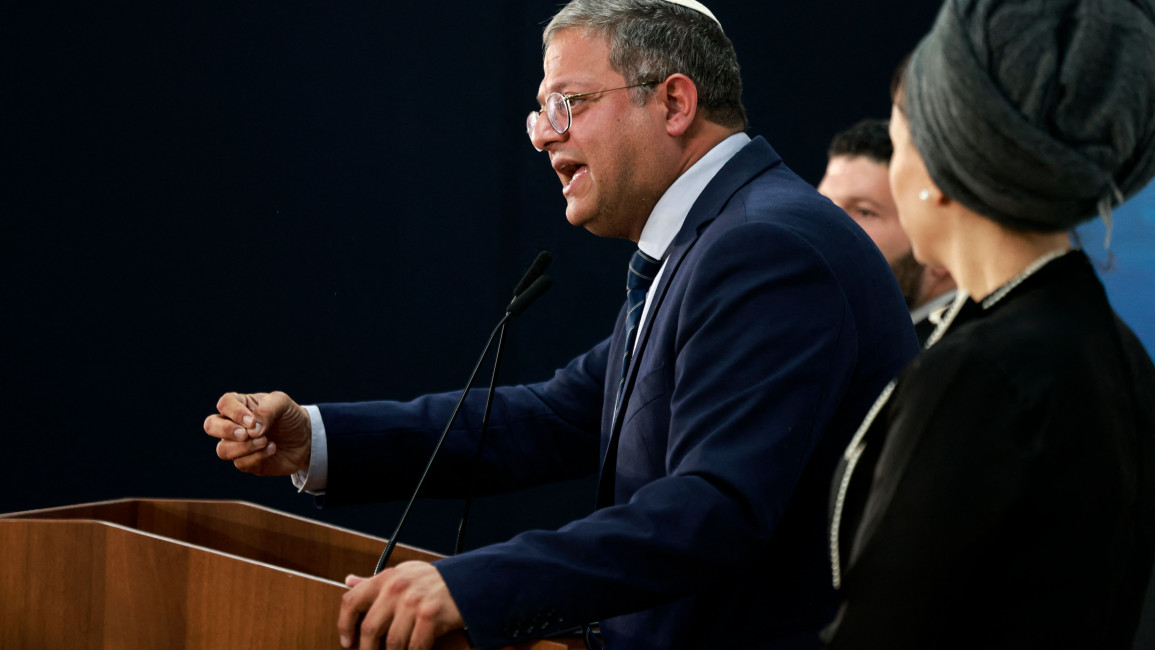 Itamar Ben-Gvir, a far-right Israeli politician poised to become a government minister, has hailed an Israeli soldier who shot dead an unarmed Palestinian as a "hero".

Ben-Gvir – who has been designated national security minister in Benjamin Netanyahu’s coalition government – congratulated the soldier for taking the "precise, swift and rigorous" shots that killed 22-year-old Palestinian Ammar Mefleh in the occupied West Bank on Saturday.

The Otzma Yehudit party leader reportedly spoke to the soldier on the phone, telling him: "Well done, you did what was assigned to you... I'm proud there are fighters like you."

The soldier praised by Ben Gvir shot Mefleh at point-blank range in the town of Huwarah, south of Nablus, in broad daylight.

Video of the incident shows Mefleh scuffle with the Israeli soldier, who tried to detain him. The soldier reached for a gun and shot Mefleh, continuing to shoot even when the Palestinian was down on the ground and immobilised.

The footage shows Mefleh's hands were empty throughout the incident.

Israeli forces claimed that Mefleh had tried to carry out a stabbing attack before he was fatally shot.

Ben-Gvir is notorious for his racist statements against Palestinians and Arabs.

His appointment as national security minister – a newly created role – would put him in control of Israeli police and illegal settlements in the West Bank, and is likely to further worsen the ongoing persecution of Palestinians in the occupied territories.

He insists he has changed his views since he was convicted of inciting racism and supporting a terrorist organisation in 2007 after he called for the ethnic cleansing of Palestinians.

Against the backdrop of especially deadly Israeli violence in the occupied West Bank this year, Mefleh's killing sparked international condemnation.

But Israel's most powerful political leaders, including outgoing Prime Minister Yair Lapid and Defence Minister Benny Gantz, praised the soldier for his actions.

Lapid wished the soldier a "speedy recovery", and rubbished reports that said Mefleh had not tried to commit a stabbing attack.

"Any attempt to distort reality and tell a false story in the world is simply a disgrace," he said.

Gantz said Israeli soldiers, including the one who killed Mefleh, had his "full backing" and lashed out at high-profile diplomats and officials who had condemned the incident.

"I strongly condemn the attempts to present the event in a false and manipulative manner, and the statement of the UN envoy to the Middle East against the fighter, who acted with determination and professionalism," Gantz said.