Yes, Britain is becoming more diverse. No, it's not cause for panic

Yes, Britain is becoming more diverse. No, it's not cause for panic
Voices
6 min read

The new national census results reveal a growth of multiculturalism in the UK, but behind the numbers are deeper questions about empire, belonging, and 'British-ness', writes Mariya bint Rehan. 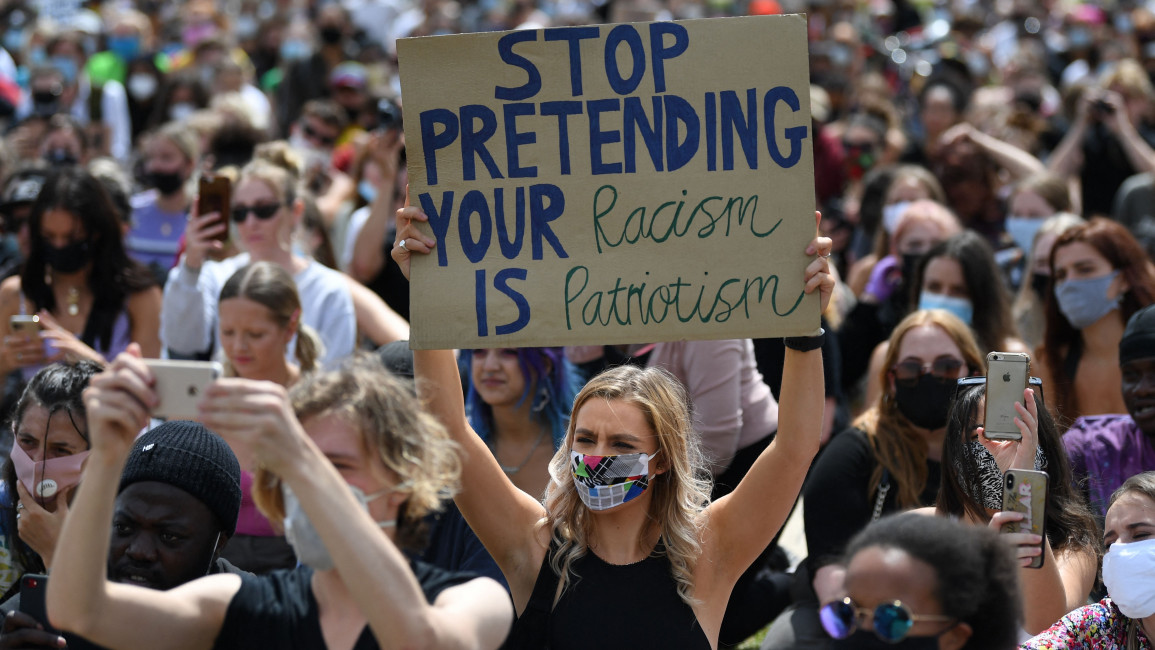 No doubt, census data is much anticipated amongst the class of media, policy and think tank pundits. Even with Covid ushering in a new era of a populist appetite and appreciation of data, the media fascination with census statistics, particularly some of the national features it comes to define, is telling.

While the paint by numbers, birds eye view of our nation that it provides has its practical functions, there is also a strong mythical dimension behind these statistics.

In census data, the very concept of nationality, identity and belonging continues to be tested to all limits - who makes up modern day Britain? By extension, the question which remains only partially answered is: who belongs? Who is in this exclusive club of nationality by birth right, and who has egregiously forged entry?

The census provides the statistical and ideological fodder for the narrative that plays itself out in the news, social media and comment sections of right-wing rags concerning the coveted British identity. This discourse on what constitutes ‘British’ reflects wider debates about identity, as recent royal scandals have so clearly demonstrated.

So what does the data and surrounding commentary about the census reveal about our self-image, our history, and the friction between the two?

Faith and ethnicity really sit at the heart of these probing questions. So when the Office of National Statistics released its 2021 UK Census results last month, there was much fanfare. In the global era of migration, the results, and subsequent hand-wringing, were predictable.

This change in demography was, as expected, centred around major cities and towns, setting a precedent for what media pundits are calling ‘minority-majority’ locales. This term reveals the contradictory thinking around these conversations about identity: whiteness can be seen as minoritised in paranoid delusions, but never racialised as it remains the default race of belonging.

Arabs in the UK are rarely acknowledged as their own identity. In fact the 2021 UK census was the first time it provided a tickbox for "Arab". https://t.co/4gVAI2YIjg

Christianity, another marker of authentic belonging, was also a key area of concern in the census data. For the first time in history, less than half of the population of England and Wales identified as Christian, at just 46% of the population. The increase in those identifying with no religion mirrored the fall in Christianity almost exactly, at 12%.

Islam saw an increase in over 1.5% - with Muslims now making up 6.5% of the population, or 3.9 million people, in England and Wales. The resilience of British Muslims is commonly attributed to two factors: higher birth rates, and greater transmission of values intergenerationally.

The sense of panic and dismay in national media and public response that Britain is effectively becoming less white and less Christian was hard to mask. Immigration policy, a flagship issue in modern electoral history, and the media noise that surrounds it centres on this very idea of population growth amongst non-white people and the prospect of swamping the white race in Britain.

Language and meaning around immigration is increasingly murky and entirely dictated by concepts of race  - ‘expats’ for white immigrants versus migrants for others - and colours the very way we conceive of people on the move, their rights and dignity, and our ‘tolerance’ as a society.

While Windrush is popularly spoken about as the first case of mass ‘migration’, the refuge of 163,000 displaced white Europeans under Atlee’s government isn’t seen in the same way, nor are their descendants obsessively documented and denied basic rights to citizenship.

The reality is that immigration from within Europe doesn’t elicit the same response from the British public. The census showed that Romanian is one of the fastest growing languages in the UK, but this did little to rouse the media, who focused solely on the rise of non-white populations and faiths.

The lack of historical context and asymmetrical reporting of these figures follows a general trend amongst the British elite and meaning makers of divorcing the rise of modern day multiculturalism from Britain’s apparently illustrious history.

When England - the centre of a centuries-strong Empire, which at its height covered a quarter of the globe - starts to reflect on the ethnicity of the expansive lands which it colonised, while still benefiting from it’s many riches, perhaps the question should be how and why it has remained so un-diverse for so long.

"The story of 'immigration' to the UK is not one of benevolence. Like all great empires, it is one of pragmatism and self-interest"

Particularly as those that entered the UK on the Windrush were at the time British citizens according to the 1948 British Nationality Act which granted citizenship and equal rights to all those in the British Commonwealth.

Ironically, the act was passed to ensure white British citizens could migrate, on state subsidy, to Australia, South Africa, New Zealand and Canada to ensure Britain had a strong hold on these countries post Empire, the unintended consequence of which was migration works both ways. A fact dismissed and overlooked by colonialists, who to this day seem to be working to undo its legacy.

The story of ‘immigration’ to the UK is not one of benevolence. Like all great empires, it is one of pragmatism and self-interest. The first waves of immigration in post-war Britain, during the last staggering steps of her Imperial reign, were a begrudging effort at labour acquisition to rebuild after the second world war, as were the many waves that followed.

When the inevitable consequence of commonwealth migration bears its vibrant fruit in the population, the narrative is inverted from something the nation continues to benefit from, to one where we are at an apparent loss.

The monstering of Shamima Begum

And this is not to mention the cultural imperialism, and lucrative gains of forever wars on our military-industrial complex, producing a devastatingly steady flow of displaced people. The disparity between media coverage of Ukraine and treatment of their refugees versus those of racialised nations and people is another indicator of the deeply entrenched notions of race in the British psyche.

Until Britain learns to grapple with this past, in all of its nuance and complexity, it will continue to turn what should be a cause for celebration into a complacent and false-victim narrative.

Mariya bint Rehan is a writer and illustrator from London, with a background in Policy and Research and Development in the voluntary sector. She has written and illustrated a children’s book titled The Best Dua which is available internationally.