The new report from the conservative think-tank into the Trojan Horse scandal and the podcast that exposed it as a hoax is riddled with anti-Muslim sentiments and dismisses evidence of state-sanctioned Islamophobia, writes Nadeine Asbali. 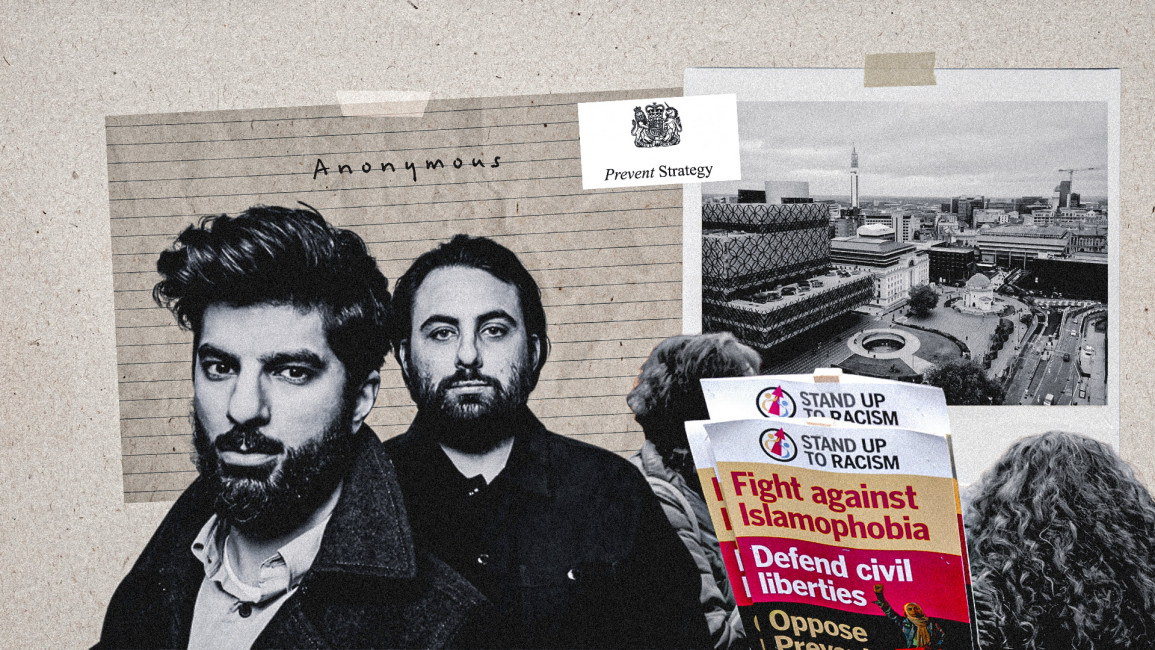 The Trojan Horse letter about an alleged plot to bring fundamentalist Islam into British schools has significantly impact educational policy in the United Kingdom.

If you want to see the perfect example of state-sanctioned Islamophobia at play, look no further than the Trojan Horse scandal. Almost a decade on, the repercussions are still felt in classrooms and homes, communities and careers across the country.

Like countless others at the start of this year, I became hooked to The New York Times “Trojan Horse Affair” podcast, a gripping investigation into the alleged plot to “Islamise” a select few schools in Birmingham in late 2013.

As a secondary school teacher, and as a Muslim who was beginning to gain political awareness around the mid 2010s, the details of the alleged Islamist agenda, and the way the political landscape changed as a result of it, have always filled me with a rage that has come to define my experience as both a Muslim and a teacher.

Even as someone who thought she knew a lot about the scandal, the podcast shocked me. With all the intrigue and tension of a Hollywood blockbuster, over eight gripping episodes, journalists Hamza Syed and Brian Reed unpack the scandal that changed the face of education policy and inspired a whole host of Islamophobic legislation that keeps Muslims in state-forged shackles to this day.

"[The Trojan Horse scandal] formed the perfect excuse to push forward Islamophobic policy with the public’s approval, even insistence"

They find that not only was the entire scandal premised solely on a single anonymous letter, but that the letter was a hoax. It was a conspiracy to hide individual shortcomings and sweep them under the enormous carpet of a non-existent Islamist plot.

What’s more, Syed and Reed uncover evidence that suggests that local Birmingham council officials (and even then Education Secretary Michael Gove) knew that this letter carried no legitimacy whatsoever. And yet - simply put - it was far more convenient believe an unfounded claim that Birmingham’s schools were experiencing an Islamist takeover.

Why? Because it formed the perfect excuse to push forward Islamophobic policy with the public’s approval, even insistence.

Perhaps unsurprisingly, the podcast was met with dismissal, ridicule and outright opposition from many of the entities that sought to benefit from the image of rampaging Muslims turning state schools into centres of extremism.

"All of these consequences flowed from a plot that never existed except in the minds of a bigoted nation that was ready to believe that Muslims pose an existential threat."

On the Trojan Horse Affair and why it was nothing more than an Islamophobic hoax https://t.co/UfCZJ1JCOH

Journalists from publications that peddled the government’s fearmongering at the time expressed their distrust for the podcast and high-profile politicians whose careers rely on right-wing votes came out in arms against the intentions of its hosts.

This week, the Policy Exchange, a neoconservative think tank which regularly influences government policy, has added their voice to the mix with the publication of a 200-page report on the podcast and the events that inspired it.

The document begins with a foreword by Michael Gove and Nick Timothy that is so full of Islamophobic subtext that it barely needs deciphering. They refer to the creators of the podcast as “useful idiots'' and accuse co-host Hamza Syed of being an activist rather than a credible journalist.

Muslim journalists, it seems, cannot uncover injustices impacting their own communities without possessing a dodgy agenda. In fact, they go on to label the podcast part of a wider “campaign” to undermine counter-extremism and overthrow the Prevent strategy.

Moving on from the Trojan Horse Affair

Gove and Timothy miss no opportunity to delegitimise the very notion of Islamophobia itself, echoing the racist argument that fear of being labelled Islamophobic actually hampered their ability to take action on the schools in question.

As if things couldn’t get any worse, the report includes what can best be described as a blacklist of public figures and publications who have voiced their approval for the podcast. What better evidence of the state’s Islamophobia is there than a think tank with close ties to the government collating the exact dates and times of posts written by (largely) British Muslims like some sort of obsessive stalker?

Included on the list are individual British Muslims posting in their own capacity, falsely labelled as ‘activists’ simply for possessing a political opinion that doesn’t fall in line with the government’s.

The report also lends an alarming focus to media with a so-called “Islamic focus”, such as The New Arab and Middle East Eye, which are accused of being “enthusiastic” towards the podcast, as though their journalistic integrity is nullified due to their ties with the Arab and Muslim communities in Britain.

"In fact, news of an Islamist threat, instilling fear into the hearts of parents and school leaders and politicians up and down the country, would be nothing short of convenient"

The report is overflowing with anti-Muslim sentiment disguised as objective fact. From the Muslim Council of Britain being dismissed as an “Islamist” outlet to the assertion that sex-based segregation and the call to prayer being played in schools is evidence of an Islamist takeover.

Fans of the podcast are patronisingly lumped together as young people “sensitive” to identity politics and easily triggered by accusations of discrimination, interested only in true-crime style drama and not the truth.

As preposterous as the report is, it is little surprise that something released by the Policy Exchange is riddled with so much anti-Muslim sentiment. It is a group that has long worn its Islamophobia on its sleeve.

They are, after all, the same think tank that released a report earlier this year in which former Prime Minister David Cameron accused anyone who opposes the Prevent strategy of, “enabling terrorism”. In 2007, they also authored a report which involved spying on British mosques and was later found by BBC Newsnight to be based on fabricated evidence.

The thing is, Muslims with a stake in education (whether as teachers, parents or students themselves) know that schools, along with hospitals and other public sector institutions, have long been sites of state-manufactured Islamophobia.

Our public institutions are Islamophobic by design - a core arm of the surveillance state. And it needs very little imagination to consider that in 2014, a state in the midst of orchestrating a hostile environment policy and laying the groundwork for the Prevent duty would be above turning a blind eye to the glaring lack of evidence in the case of the Trojan Horse scandal.

In fact, news of an Islamist threat, instilling fear into the hearts of parents and school leaders and politicians up and down the country, would be nothing short of convenient.

The Trojan Horse scandal lent legitimacy and approval to the government’s intention to criminalise Muslims by default. It made the Prevent strategy an urgent and central duty incumbent on teachers like me. It turned educators into spies in the classroom, forced to consider normal symptoms of teenage angst as possible signifiers of radicalisation.

"Perhaps it was intended to intimidate the Muslim community, but the Policy Exchange report seems to have done the opposite. It reads as the words of a desperate and increasingly out of touch arm of the state"

The briefest look at the facts shows you that this disproportionately targets Muslims. Children as young as three or four have been reported to counter-terror officers for misspelling cucumber as “cooker bomb”. Last year 22% of referrals to Prevent were designated as “Islamist” despite Muslims making up only 5.7% of the general population.

Perhaps it was intended to intimidate the Muslim community, but the Policy Exchange report seems to have done the opposite. It reads as the words of a desperate and increasingly out of touch arm of the state.

The conclusion of the report begins, “the failure of the podcast is also a success”. I wonder, would a podcast that is such a “failure” be downloaded tens of millions of times? And would it warrant a 200 page document from a government-linked think tank in response?