Between Assad’s regime and an apathetic world: Syrians are treated like disposable pawns

Between Assad’s regime and an apathetic world: Syrians are treated like disposable pawns
Voices
5 min read

Recent airstrikes in Syria by Russia, Israel and Turkey have not received adequate global attention. Syrians are paying with their lives as each power fights for its particular interests. Silence only adds to this tragedy, writes Sam Hamad. 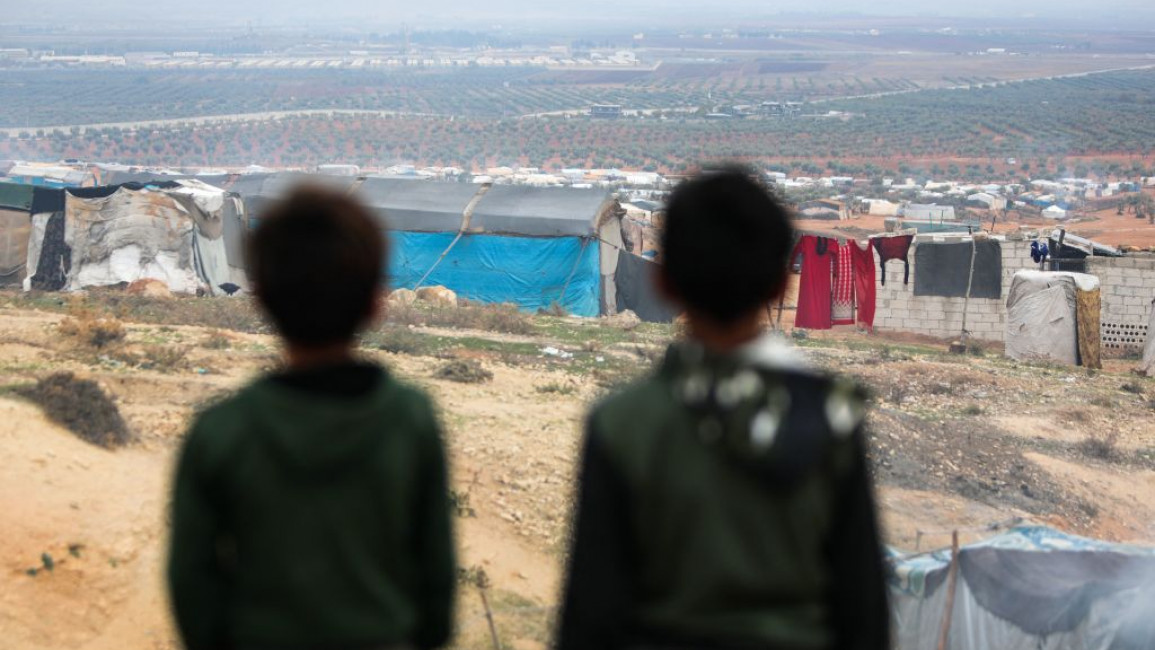 Thirteen million Syrians, over half the pre-war population, have been forcibly displaced, around 7 million of which have been cleansed from the country indefinitely, writes Sam Hamad. [GETTY]

Over the course of a few days last week, Russia, Turkey and Israel all carried out airstrikes in different parts of Syria. The manner of such strikes, specifically their proximity to one another and the cavernous silence over them globally, speaks to the fact that Syria essentially no longer exists as a sovereign state.

Of course, there is a bitter irony to all this. When Assad first began what would become a genocidal war against the Syrians who rose up against his dynastic regime, he did so under the pretence that ‘sovereignty’ is what he was defending. Assad claimed, as did Ben Ali, Mubarak, Gaddafi, Saleh and all of the other tyrants put in jeopardy by their own people during the Arab spring, that the revolution against him was a foreign conspiracy.

The narrative went that the revolutionaries, long before they were forced to pick up a gun, were foreign conspirators, agents of America, Zionists, etc.

''Syrians are living in a prison – domestically, they are policed ruthlessly by Assad, Iran and Russia, or are trapped in Idlib, surrounded by hostility and living under the dark cloud of Assad’s will to conquer them or, if you’re a Kurd in the northeast, invasion by Turkey. All of this within the context of the richest nations on earth, namely those in the Western world, turning their backs on refugees from Syria.''

By such a logic, if the revolution has been defeated, and it effectively has, it stands to reason that Assad’s Syria ought to be enjoying a golden era of renewed sovereignty? The opposite is true however. The Syria that exists today, the one cited without contradiction or nuance by most of the global media, is not the Syria that existed antebellum.

This is not a case of monomaniacal pedantry, but rather a vital point of understanding.

Much of Syria’s ancient and beautiful cities have been reduced to rubble, particularly civilian neighbourhoods. The Idlib province remains under the tenuous control of the last remaining rebel forces, formally protected by Turkey and the mostly Kurdish-majority areas of the Northeast remain under the control of the Syrian Kurdish Democratic Union Party (PYD), protected by the US.

Even in the allegedly ‘triumphant’ part of Syria, the reality is one of a kleptocratic rump state formally ruled over by Assad but under the control of Iran and Russia. Contrary to Assad’s propagandistic invective, the rump Syria that has emerged from his war is one where the interests of the Syrian people are entirely non-existent.

Syrians are living in a prison – domestically, they are policed ruthlessly by Assad, Iran and Russia, or are trapped in Idlib, surrounded by hostility and living under the dark cloud of Assad’s will to conquer them or, if you’re a Kurd in the northeast, invasion by Turkey.

All of this within the context of the richest nations on earth, namely those in the Western world, turning their backs on refugees from Syria.

Erdogan is no friend to the Syrian people

Syria might have slipped out of the news agenda, but the situation there is still of global importance; hence why these powers still invest resources in keeping Syria under this invisible noose.

The first of the strikes last week came as Israel struck the Assad regime’s so-called heartland, hitting Latakia, Hama and Homs – at least four regime-allied soldiers were killed, while the target was the moving of advanced weaponry by the Iranian occupation forces to its proxies in Hezbollah. This is what Syria has been reduced to – Israel, which couldn’t care less about the interests of Syrians and acts to maintain its own oppression of Palestinians, bombing Iran, which is an oppressor in Syria, all within Syrian territory.

The next airstrikes came a day later. The target this time was PYD positions in the northeast and the perpetrator was Turkey, with the PYD retaliating and killing two Turkish civilians in border towns. Whatever one thinks of the PYD, Turkey’s stated intent and increasingly belligerent rhetoric indicate that it plans an invasion of northeast Syria, to seize Kurdish areas and resettle at least 1 million Syrian refugees there.

Though Turkey would argue otherwise, this plan is entirely conditioned by self-interest amidst growing racist hostility towards its Syrian refugees and the hope that Turkey can look towards normalisation with Assad. There is nothing progressive here. Resettling one set of Syrian victims at the expense of another set of Syrian victims, namely the Kurds of the northeast, is an act worthy of the worst of the old empires.

Later that day and in the early hours of the morning, in what is the most common of occurrences in Syria, Russian warplanes, as well as rockets loaded with illegal cluster munitions fired from areas of Assad’s rump state, bombed Idlib, targeting refugee camps near the border with Turkey. At least 2 civilians were killed.

Russian policy in bombing Syria seems to serve the interrelated purposes of preparing Idlib for a potential conquest by Assad and Iran’s ground forces, as well as keeping the province in a state of near constant terror and chaos. Much like Israel’s policy of ‘mowing the grass’ in Gaza, whenever Idlib settles into a sense of normalcy, Russia must remind its millions of residents that none of them are safe and their lives are disposable.

In none of these situations do Syrian voices, experiences or lives even feature. The country has, effectively, ceased to exist – what remains now, is simply the competing interests of big powers and their will to treat Syrians as pawns or cannon fodder in the fulfilment of such interests.

What has occurred in Syria is a neo-imperialist carve up of the country. Beneath its steel skies and fortified borders, under the patronage of foreign and domestic tyrants serving foreign powers, Syrians might as well not exist. This is what Bashar al-Assad and an indifferent world have brought them.

Sam Hamad is a writer and History PhD candidate at the University of Glasgow focusing on totalitarian ideologies.