Be warned of the liberal celebration of Prince Harry’s ‘regrets’ in his upcoming memoir, Nadeine Asbali writes. The Royal's supposed anti-racism should be questioned given his dehumanising depiction of the 25 Afghan people he killed as a soldier. 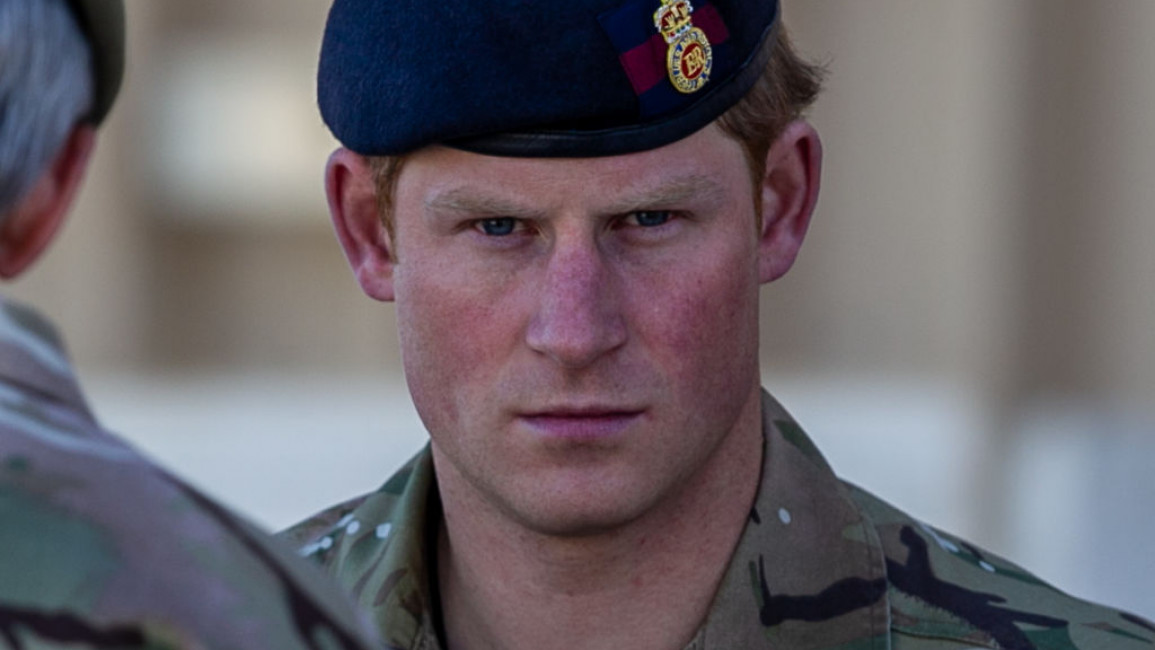 rince Harry's memoir "Spare" is scheduled to officially go on sale on January 10, but journalists have already obtained leaked excerpts or copies that accidentally went on sale early in Spain. [GETTY]

Just days ago, Prince Harry said that despite everything, he still believes in the monarchy. And that’s because he is a symptom, not an outlier, of an establishment that is predicated on white supremacy and imperialism, and a system, a media, a world that props it up.

For a book titled Spare, there seem to be very few details spared in Prince Harry’s upcoming memoir. The leaked revelations so far have included everything from illicit drug taking to royal punch ups, details of intimate relationships and strained family ties. Most shocking of all, however, have been Prince Harry’s musings on his time as a soldier in Afghanistan. And when I say shocking, what I really mean is sickening, infuriating and downright horrifying.

With a chilling nonchalance, in one leaked excerpt of the book, Prince Harry states: “My number is 25. It’s not a number that fills me with satisfaction, but nor does it embarrass me”. It’s so casual that he could be talking about the number of girlfriends he’s had or how much caviar he can scoff in one sitting. But, in fact, he is talking about how many Afghan people he killed as a British soldier.

''Prince Harry knows full well that the world will lap up the narrative of a brave prince killing “bad guys” in the Middle East in the name of freedom, because that’s the fairy-tale that the liberal democracies of the Western world are predicated on.''

He lumps together Afghan people simply as “Taliban” or “bad guys” without any clarification for how a judgement like that is made or backed up. And as if this couldn’t sound any worse, he goes on to admit that to him, these people were not in fact human at all, but rather “chess pieces removed from the board”.

I wasn’t surprised when I read this. Brown bodies are cheap. That’s why charities run adverts zooming into the emaciated starving forms of black and brown people. That’s why global news channels stream our obliterated corpses rotting on the side of the street, but blur out the death of white people as though it is too explicit to be screened. And that’s why the self-described “Plan B heir” to the British throne can boast about invading a sovereign and impoverished nation and killing the native people, whilst feeling no shame, and suffering no consequences.

Non-white people the world over are stripped of our humanity, but especially in the context of war. Prince Harry knows full well that the world will lap up the narrative of a brave prince killing “bad guys” in the Middle East in the name of freedom, because that’s the fairy-tale that the liberal democracies of the Western world are predicated on.

In the same excerpt, Prince Harry manages to centre himself in this decade-long war that shifted the world as we know it and devastated millions of lives. He talks about the trauma of witnessing 9/11 (from his Eton TV room) and how he feels he must not shy away from the amount of killing he took part in in Afghanistan, as though it is utterly unthinkable that one might be ashamed of eliminating twenty-five people from the face of the earth.

Prince Harry’s revelation comes as no surprise when you consider the bloody legacy of the Royal Family and the fact that the very premise of monarchy is built upon violent elitism and subjugation.

It can be of little astonishment that the son of a king and a brother of another - a man who has grown up cushioned by unimaginable levels of privilege, elitism and entitlement - could manage to centre his existence this way. After all, what is the monarchy except the preservation of the idea that some are better than others by the very blood that runs through their veins?

I say I wasn’t surprised by what I’ve read so far in Prince Harry’s memoir, but I suppose a part of me wasn’t expecting such frankness from a prince who has managed to pull the biggest PR stunt possible and reinvent himself from the once Nazi-uniform-wearing, P-word-wielding younger brother of the British heir to some sort of anti-racist campaigner.

He has let the mask slip. And yet, ironically, enough people still consider murder of brown bodies in the context of war as legitimate enough that it will likely do very little to stunt his new image as a social justice champion.

Extraordinary to hear a prince of the British Royal Family lay bare its corrupting co-dependence with the tabloid media. Two major power structures propping each other up - and pushing the public interest in a democracy off the agenda. And it's continues and continues #Harry

Admitting to killing twenty-five people in Afghanistan will do nothing to stop him being embraced by the likes of Oprah and the Obamas because they are part of a liberal system that sees British and American soldiers as brave and moral, and Afghans as the “bad guys”.

Admitting in the book that he regretted not being able to “finish the job” and that his biggest regret was that it was “time to leave” will do nothing to stop him being platformed on Netflix and given racial justice awards. This is because he represents a convenient self-denial amongst the liberal elite: if Harry is an anti-racist campaigner simply for marrying a mixed-race woman and calling out the British press whilst retaining all his positions of luxury, then those with power and influence can ignore all the people doing real, system-busting work that threatens their own privileges.

Even admitting that “one of his biggest mistakes” was wearing a Nazi fancy dress uniform (and not killing twenty-five human beings) will do nothing to curb the image of him as progressive and anti-racist, because the western imperial conquest relies upon the liberal notion that western countries are superior by nature and so their invasion of Muslim-majority nations is justified and moral.

You only have to look at the reaction of the British press to see this at play. The media is more concerned about what Meghan said to who and whether or not William squared up to his younger brother than how many people Harry killed in Afghanistan.

I’ll admit, at first, I too was momentarily taken in by the promising idea of a prince calling out the establishment from the inside and disrupting the system. But that was only ever a cosy, tantalising fairy-tale that some are continuing to use to obscure the truth.

Just days ago, Prince Harry said that despite everything, he still believes in the monarchy. And that’s because he is a symptom, not an outlier, of an establishment that is predicated on white supremacy and imperialism, and a system, a media, a world that props it up. What better evidence of this is there than framing the killing of twenty-five Afghan people as some sort of personal best and facing near to no criticism?