The long racist history of silencing Muslim women can be traced back to early orientalist texts. Today, they are used by Western leaders to justify international horrors and forced to be extensions of state surveillance, writes Mariya bin Rehan. 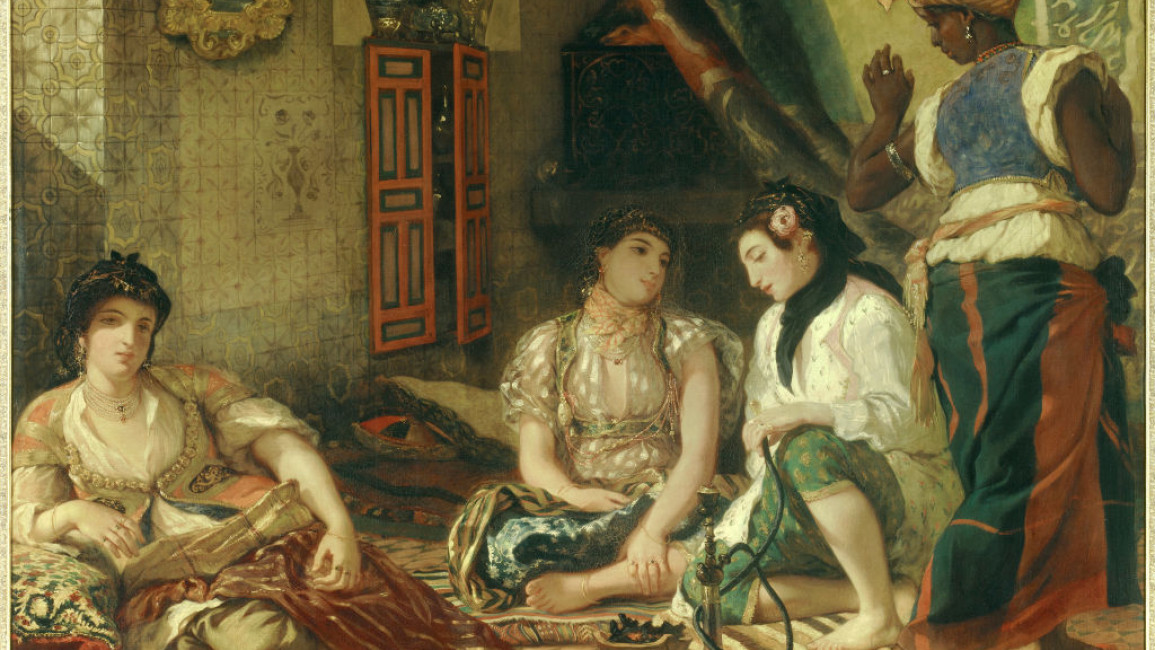 It seems the Muslim woman carries the unique burden of being in constant need of rescuing - of needing to be colonised in order to be granted freedom. Of being spoken for, and over, in a condescending and vain attempt to grant her a voice. Of having to be visually available and optically desirable in order to be deemed liberated. She is constantly being discussed and written about – the subject of an ever increasing web of  ‘under the veil’ cultural paraphernalia – the roots of which lie in some of the earliest orientalist texts. They speak of the desire to behold the Muslim women behind the closed doors of the Ottoman harems.

This cultural obsession is both violent and oppressive.

While men of colour face racism, prejudice and social hostility that in itself is both damaging and serious; the racial hierarchy will always place women of colour firmly at the bottom of racial command.  Despite men of colour facing the social complexities of being ‘emasculated’  in their position below white women in power structures  - not to mention the added oppressive ‘extremism’ narrative that Muslim men in particular are burdened with - there is a disproportionate social weight that often falls on Muslim women.

''The Muslim woman finding liberation outside of the hijab and Muslim culture is a plot device that writers appear to be entranced by. It speaks of cultural hubris, and a total ignorance towards Islamic faith and practice. Instead, these tropes fixate and reinforce their own normative ideas of happiness, liberation and social order – navel gazing while claiming to be looking outward.''

Muslim women are used to justify a whole range of domestic and international political ends; whether it is the invasion of a country like Afghanistan, or an attempt by politicians to lead in national opinion polls, Muslim women are the most frequently traded on the political index.

They can be simultaneously portrayed as defenceless and powerless, while still being worthy of the funding-panacea of English-language classes, due to their wielding of influence and control over their potentially ‘terrorist’ sons.

Boris Johnson’s climb to infamy and political ascent came as the result of an oft-quoted, apparently ‘outspoken’ comment about niqab wearing Muslim women, whose right to look like “letter boxes” he valiantly defends. He was politically rewarded for this comment, and popular support for it was expressed in the 375% increase in hate crimes towards Muslims - most of whom were women.

Johnson’s well calculated statement was designed to evoke a common-sense-majority outrage while maintaining a veneer or respectability and tolerance. The idea that he feels, as a White English and politically influential man, he possesses the power to grant other legitimately British citizens the right to dress how they please, is itself telling. This then legitimised and manifested into a physically violent public claiming of Muslim women’s bodies and autonomy.

This popular thread of debasing in the name of liberating Muslim women finds recent expression in the seemingly culturally earnest unveiling of Muslim women through a whole host of Netflix movies and serial shows – including Elite and Bodyguard. This desire to control, undress, and reveal the Muslim woman is a cultural fantasy which replays itself through different parts of history, taking on different hues of menace.

The Muslim woman finding liberation outside of the hijab and Muslim culture is a plot device that writers appear to be entranced by. It speaks of cultural hubris, and a total ignorance towards Islamic faith and practice. Instead, these tropes fixate and reinforce their own normative ideas of happiness, liberation and social order – navel gazing while claiming to be looking outward.

And Muslim women cannot find respite from this gender-coloured hate in Feminism, which both implicitly excludes Muslim women from its category of femininity, and expressly states its distaste for Islam and Muslim culture. While they argue senselessly about the hijab, their concern doesn’t extend to those that are embodied in it - as a 2018 debate about Marks and Spencer stocking hijab as part of its school uniform range illustrates.

While many popular feminists were frothing at the mouth to defend the autonomy of young Muslim girls, but left the synonymous concept of school uniform entirely uninterrogated, there was radio silence when the inevitable backlash led to young Muslim girls in hijab being filmed and ridiculed on social media.

The concern for the safety and welfare of Muslim women and girls remains a figurative concern in self-indulgent, affirming and congratulatory smug debates which serve no real world benefit to Muslim women, and only work as a form of political and cultural catharsis.

And while we see the impact this symbolic othering and fetishising of Muslim women has on politics and culture, the most acute expression of this material reality is seen in the case of Shamima Begum.

Despite the fact that it was recently revealed the underage Begum’s groomer was in fact a double-agent working for Canadian intelligence, her situation demonstrates how Muslim women are seen as disposable commodities in wider cultural and political wars. Not only does her story exemplify how the state - the arbiter of legitimacy - is complicit in creating and cementing the extremism it claims it wants to extinguish, but it also lays bare the tragedy of this for Muslim women.

Begum continues to be stateless - an explicit threat of the illegitimacy that hangs over Muslim women’s heads - and nationally and internationally vilified. The Muslim woman who ultimately followed the state’s literal and symbolic desire to be othered and cast beyond their borders, veiled and unveiled, mothered and de-mothered, faces a public flogging and is sadistically held up as an example as a result of their twisted homespun fantasy.

While the media exploit Begum’s circumstances for front page fodder, fascinated by the woman that is at once everything society reviles and desires in a Muslim woman, her circumstances and defencelessness remain a twisted triumph for orientalist tropes. Often Muslim women try to defy stereotypes or double down on them, this story is the most stark example of how in engaging with this narrative, we will never win.

Mariya bint Rehan is a writer and illustrator from London, with a background in Policy and Research and Development in the voluntary sector. She has written and illustrated a children’s book titled The Best Dua which is available internationally.