A history of racism: Can the police in France be reformed?
Voices
6 min read

A French government report that reveals issues like racism and sexual harassment within the police, may just turn the tide for minorities and human rights groups who have long campaigned on the issue, writes Yasser Louati. 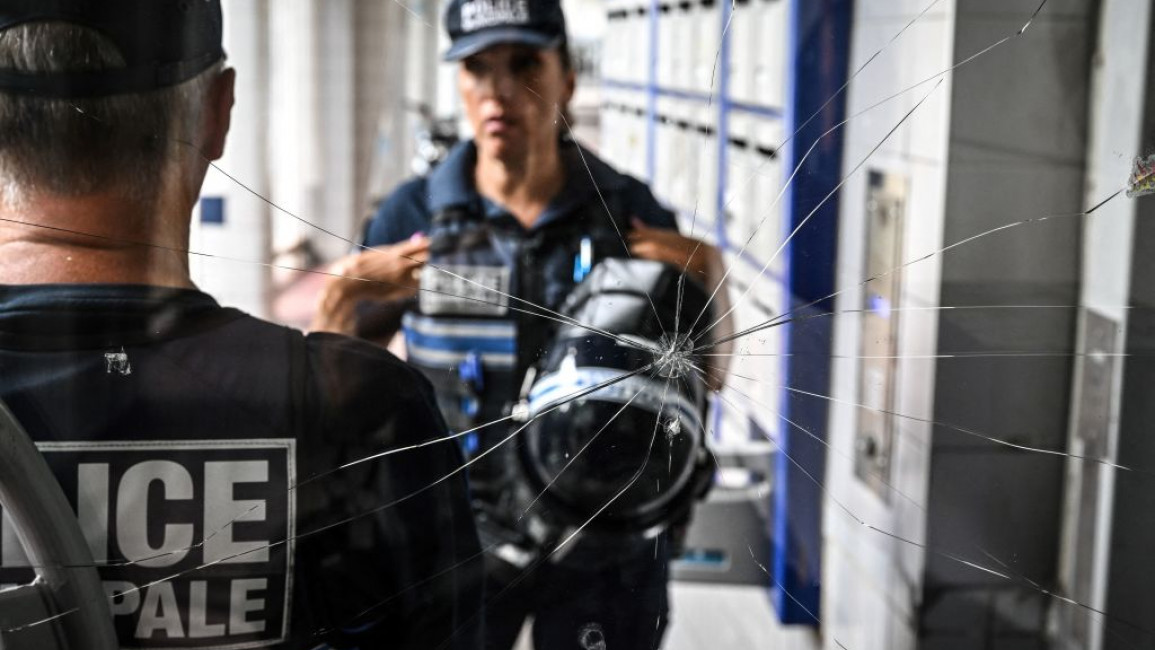 A confidential government report from 2021, that looked into the behaviour of French security forces and was recently released, has confirmed what many already knew about police racism. The document remained concealed from the general public until members of the French media challenged the administration and obtained a copy.

Commissioned by the then interior minister Christophe Castaner, and handed to his successor Gerald Darmanin and the justice minister Eric Dupont-Moretti, the 438-page report paints a stark picture of French law enforcement.

Its authors address the realities of police brutality and abuse inflicted on people. It is remarked that whilst they were ‘applauded’ for their efforts following the terror attacks in 2015, phone footage now bears witness to their ‘bad behaviour’ which makes them subject to increased critique and criticism.

''For decades, communities impacted, human rights organisations and activists have decried police racism in the country. Yet, no official with direct responsibilities has ever taken the matter seriously. In fact, tremendous efforts have been made to shield the police from public scrutiny.  The Commission on Access to Administrative Documents even had to intervene after the interior ministry initially refused to make the Vigouroux report public.''

The Vigouroux report also highlighted the discrimination experienced within the institution itself, including sexual harassment.

Additionally, it notes that there is a problem of under-reporting amongst employees within the force, because people are scared of reprisals should they proceed with an official complaint. Among some of those who did proceed to raising a complaint, little action was seen.

It was revealed that between 2017 and 2019, there hadn’t been a single prosecution against state forces accused of discrimination based on gender, race, religion or sexual orientation.

The beating, tear-gassing and use of the ‘N word’ against black music producer Michel Zeckler, in his own home in Paris, is a case in point. The Police initially attempted to sue the victim for “contempt” – a charge that can lead to a €15,000 fine and even a year spent in jail. However, thanks to the viral shocking video that showed him being physically abused by four policemen, they were suspended.

The police chief declared that the policemen acted like thugs, and the President – not one to miss an opportunity – told people to note the ‘justice’ served by the Republic’s institutions, which contravenes criticism about them being ‘passive’.

Unfortunately, just a year later the policemen were spared by the “justice system” and faced no prison-time, nor did they pay any fine.

Zeckler’s case is also far from an exception.

A history of problems

Journalist Valentin Gendrot wrote about his experience of going undercover in a police station for two years. He wrote about the casual racism and xenophobia towards black people and Arabs that he witnessed from officers, as well as homophobia. The approach internally was largely divided between tolerance, and ignoring the abuse.

Gendrot detailed the systematic targeting and brutality that also took place against people of colour. Just three months undercover, he saw ‘colleagues’ beating up a Moroccan migrant, throwing a black migrant against a bus shelter, then into a police van. Of those he saw being physically hit in custody (there were several), it was always dark-skinned people.

Many of within the police adhere to the idea that some people represent ‘the enemy within’, the journalist explained.

As Gendrot points out, 80% of those who die in police custody each year are black or Arab despite them only making up 10% of France’s population.

Furthermore, it is the young people from these same communities who are 20 times more likely of be stopped and searched by the police.

In reality, the Police Nationale has been accused of racist violence and even hate crimes since its inception during the Nazi-allied Vichy regime, when collaborator and police chief René Bousquet deported 13,000 Jews.

The 17 October 1961 massacre of hundreds of Algerian civilians in the streets of Paris, who had marched in support of independence from French colonial rule only to be met with deadly violence, is another example. Under Maurice Papon’s orders - another collaborator - men and women were beaten to death and their bodies thrown into the Seine River. The massacre of between 100-200 Algerians (sources vary) took place with total impunity.

Reflecting on this long-standing history of violence and racism, whilst the revelations about the actions of the police are important, the report does fail to highlight the structural nature of the oppression caused by the institution.

On the other hand, the fact that it is a government commissioned investigation, means that the issues involving their security forces cannot be ignored. If the current and future political leaders who take up the position of interior minister continue to overlook this, people have much more to hold them accountable with.

For decades, communities impacted, human rights organisations and activists have decried police racism in the country. Yet, no official with direct responsibilities has ever taken the matter seriously. In fact, tremendous efforts have been made to shield the police from public scrutiny.  The Commission on Access to Administrative Documents even had to intervene after the interior ministry initially refused to make the Vigouroux report public.

Indeed, the space for criticism of the police is very narrow in French political discourse, and even less for those who speak of reforming it.

How Algeria’s independence empowered its diaspora in France

When thousands of policemen and women rallied in front of the National Assembly in May 2021 to call for tougher punishments for those who are violent towards officers, and harsher sentences for criminals, they received support from across many of the political parties.

Alongside Darmanin, conservative leaders from Les Républicains Christian Jacob, François Baroin and Eric Ciotti, the far right party leader Jérome Rivière, and even Yannick Jabot from the Green Party and Olivier Faure from the Socialist party were all present. Only La France Insoumise decided not to attend.

This mass, and what seems to be uncritical support continues despite international organisations like the Council of Europe and the United Nations, respectively calling on the country to improve its minority rights and end discriminatory practices and hate speech, including racism.

Ultimately, however, if the French police was not reformed following such considerable collaboration in historical horrors of the past, there is little hope that it will change now.

The likely continued path is more protection for the oppression and repression at the hands of French police – the Security Law passed in 2020 only highlights this stark future. To truly reform the police, it is clear that the entire French Republic must reformed in the process.

The author would like it noted that his piece was written in memory of Maurice Rasjfus. May he rest in defiance.

I took a political tour of Palestine. Now, I must act