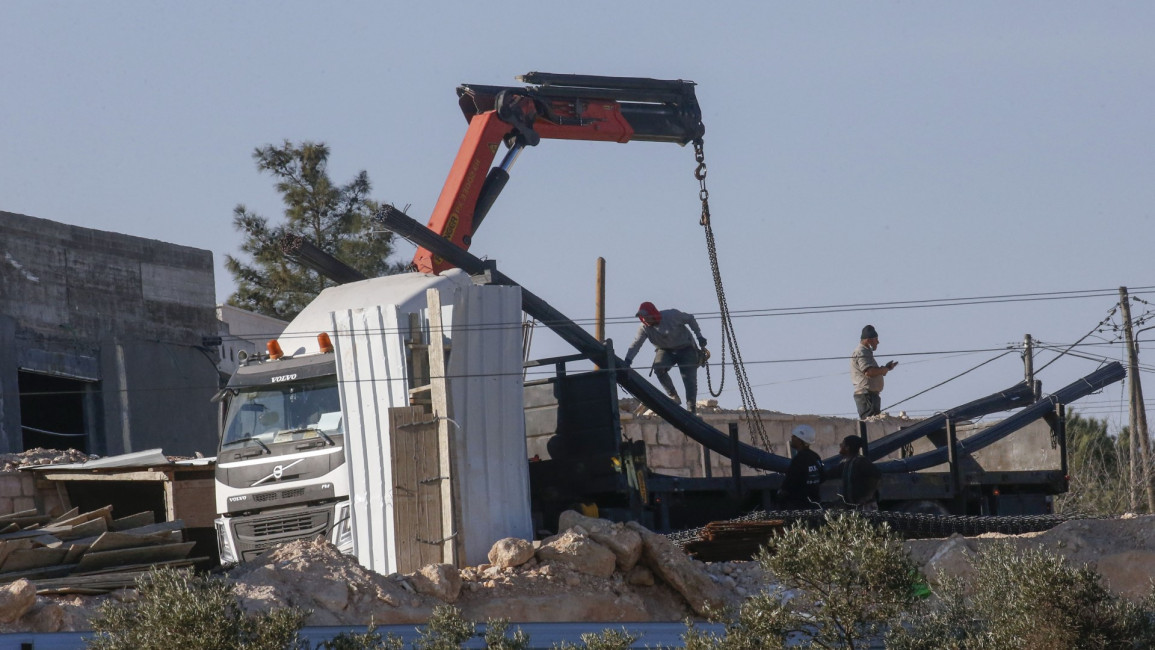 Qatar on Friday decried Israel's plans to expand illegal settlements and replace East Jerusalem's Palestinian character with a Jewish-Israeli one.

The comments by Doha's foreign ministry came the day after a new far-right Israeli government, led by a returning Prime Minister Benjamin Netanyahu, was sworn in.

The coalition's policy guidelines, released ahead of its assuming power, said the government will "advance and develop settlement" in areas including the occupied West Bank.

"The State of Qatar expresses its strong condemnation and denunciation of the Israeli government's plans for settlement expansion [and] its continued attempts to Judaise Al-Quds [Jerusalem] and Al-Aqsa Mosque," the foreign ministry said in a statement.

Doha said that Israel was committing a "severe violation of the UN Charter, international law principles, related UN resolutions, and a blatant assault on the rights of the brotherly Palestinian people".

The foreign ministry's statement expressed Qatar's "great alarm regarding the impact these consistent Israeli violations will have in terms of undermining international efforts dedicated to a two-state solution".

It also urged the international community to "assume its responsibility in ensuring Israel stops its settlement policy in occupied Palestinian Territories".

The settlements in the West Bank, an area home to about 2.5 million Palestinians, currently contain around 500,000 Israeli settlers.

The West Bank has been occupied by Israel in violation of international law since 1967.

While the new Israeli government's policy guidelines said rules governing holy sites would remain the same, extremist politicians had called for Jewish prayer to take place at the Al-Aqsa Mosque compound in violation of a status-quo agreement which only allows Muslim worship at the site.

Dozens of Israeli extremists on Sunday forced their way into the site, the third holiest in Islam, witnesses cited by official Palestinian news agency Wafa said.

Israeli police protected them as they worshipped at the compound in breach of the longstanding status-quo agreement governing Al-Aqsa, which says non-Muslims are allowed to visit but not pray there.

Many Israeli extremists wish to see the site turned into a Jewish temple, a position roundly rejected by Palestinians and Muslims.

In its Friday statement, Doha's foreign ministry said it "reaffirms the State of Qatar's firm position regarding the just Palestinian cause, the legitimate rights of the Palestinian people, and establishing an independent Palestinian state based on the borders of 1967 with East Al-Quds as its capital."

During the recent football World Cup held in Qatar, Israeli journalists were repeatedly snubbed by fans from around the world standing in solidarity with Palestine.

The Morrocan football team, which became the first Arab or African team to reach the semi-finals, used the Palestinian flag in celebrations at the tournament.