Qatar 2022: England fans dressed as 'Crusaders' turned away from stadium 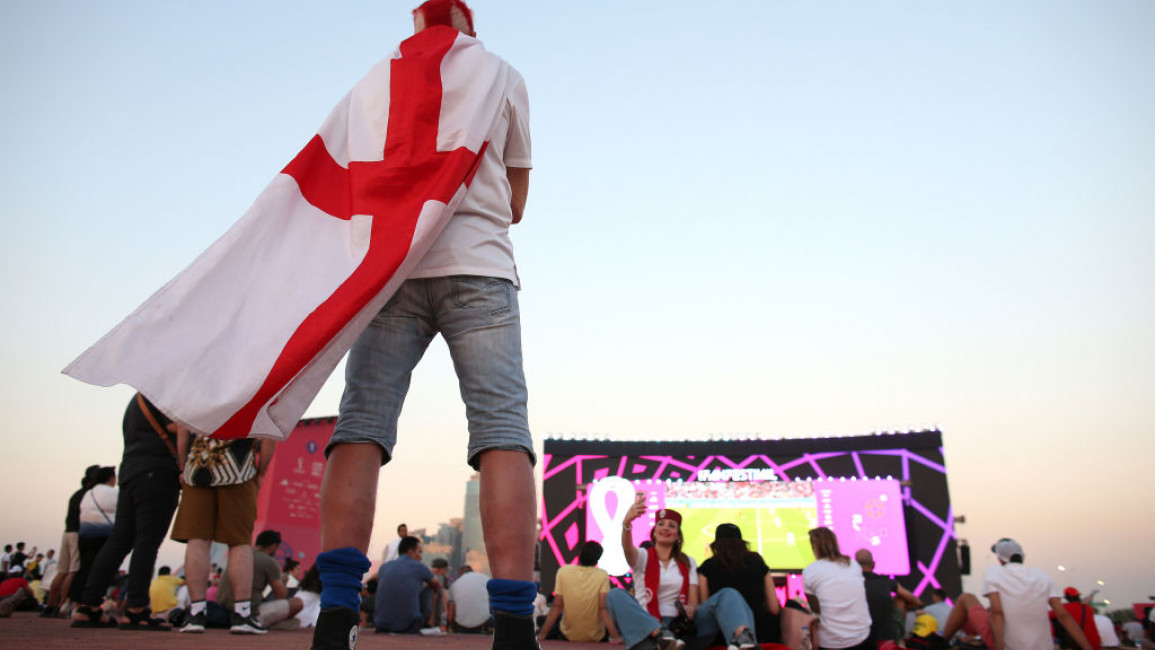 England fans dressed as "Christian Crusaders" were seen being prevented by security staff from entering a stadium in Doha during the Qatar 2022 World Cup.

Footage on social media showed two male fans - dressed in fake armour and covered in sheets showing a red cross on a white background, commonly associated with the Crusades - being spoken to by security staff outside a stadium gate.

The stadium was the Khalifa International Stadium, according to British media reports.

The fans appeared in the clip to be walking away from the stadium after discussions with security staff.

English fans dressed as Christian crusaders and were detained in Qatar 😅😅 pic.twitter.com/RmN7sV1SKs

Their controversial attire became the target of criticism and mockery online.

The Crusades, a series of campaigns by European Christians in the Middle Ages to take control of holy sites in the Muslim-ruled Levant, are associated with pillage, destruction, and atrocity in the Muslim World.

"The attrite, complete with swords and crosses, are offensive due to crusader history of rape, slaughter, and occupation of Arab lands," wrote journalist and researcher Robert Carter on Twitter in a caption accompanying a video of the fans.

There were unconfirmed reports online the two 'Crusaders' were later detained, while others said that they were allowed to enter the stadium but their swords were confiscated.

Another clip of an England fan dressed as a "crusader" and telling reporters that "fans are the essence of the game" also drew scorn online. The video was from an interview for UK news channel TalkTV.

"We are what makes football," he said.

However, a spokesman for Kick It Out, a charity campaigning against racism and discrimination in football, has requested that fans show cultural sensitivity during the tournament.

"We would advise fans who are attending [the] FIFA World Cup matches that certain attire, such as fancy-dress costumes representing knights or crusaders, may not be welcome," they said.

The Qatar 2022 World Cup kicked off last Sunday. The group stages will continue until early December, when the knock-out matches begin to decide this year’s champions.