Five false claims on Qatar World Cup 2022 analysed and debunked
MENA
5 min read
The New Arab (From the Arabic Edition)
With the 2022 World Cup about to kick off, false and misleading news campaigns targeting host country Qatar has intensified across the Western media. This article will debunk some false claims that have circulated in recent weeks. 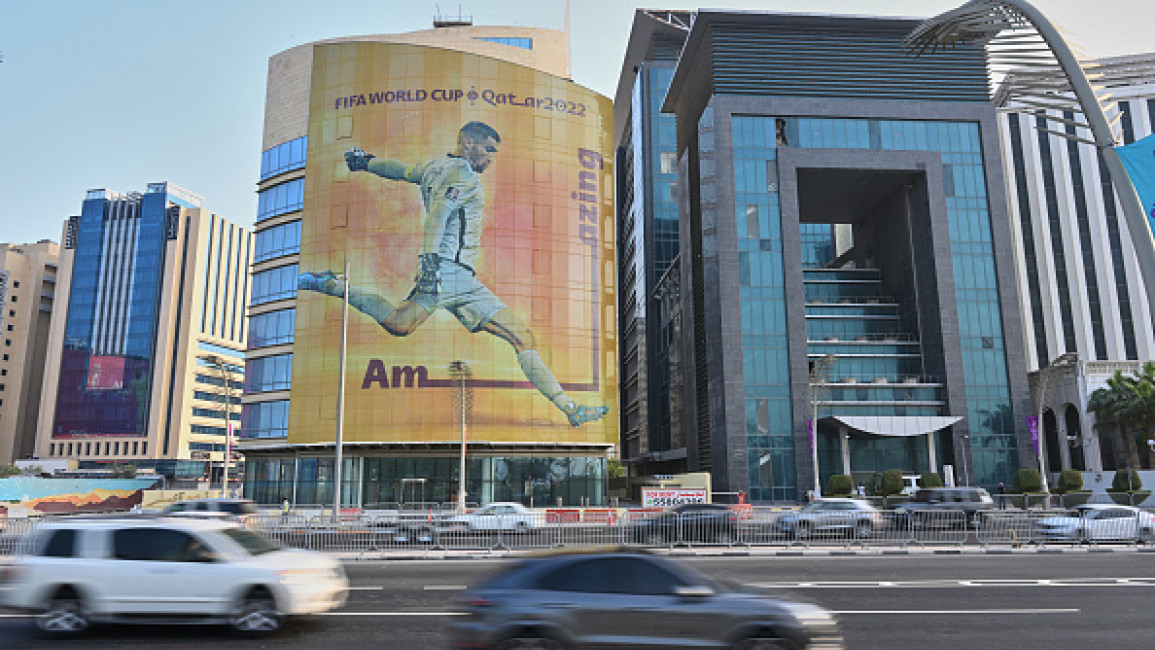 As the 2022 World Cup fast approaches, a wave of false and misleading news targeting host country Qatar has intensified across websites, newspapers, and social networking sites.

Below is a sample of false or misleading news stories published in the last few weeks, debunked by the Misbar.com fact-checking website.

Claim 1: A graphic entitled "Qatar Welcomes You" was circulated on social media. It claimed to contain official instructions from the State of Qatar for visitors coming to the 2022 World Cup, suggesting the Qatari authorities planned to restrict fans’ personal freedoms during the tournament.

The facts: According to the Misbar platform, and AFP Factuel, the publication identifying allegedly prohibited behaviour in Qatar was not issued by an official body. The Supreme Committee for Delivery & Legacy (SC) of the 2022 World Cup published a statement on its official Twitter account confirming that the "Qatar Welcomes You" post circulating was not issued by an official authority.

The SC said that the publication contained inaccurate information and urged visitors to Qatar to rely on official sources from the World Cup organisers relating to advice around visiting Qatar to attend the World Cup. It mentioned that the International Football Association (IFA) was working to publish a comprehensive guide for international fans.

The SC also clarified that the "tournament organisers had made it clear from the start that Qatar wishes to welcome everyone to enjoy what will be an exceptional World Cup tournament", and pointed out that Qatar is a country characterised by its "tolerance and openness."

The facts: While is true that on 3 October, Paris joined several other French cities in refraining from showing the World Cup 2022 matches on giant screens or setting up fanzones to facilitate viewing of the most important footballing event worldwide, this was for environmental and social reasons, and nothing to do with LGBT+ rights, according to information AFP Factuel published with regards to the French authorities' reasons.

I have been seized by #Qatar police after staging the first LGBT+ protest in the homophobic Gulf state.@FIFAcom awarded the #WorldCup to Qatar where LGBTs can be jailed & executed.#FreePeter #QatarAntiGay
Info: https://t.co/fEOHFINkVEhttps://t.co/LvKWFQjr5Q

The facts: Qatar's government released a statement confirming that the "rumours on social media about the arrest of a representative of the Peter Tatchell Foundation in Qatar are completely false and have no basis. A person standing in a roundabout was asked respectfully to move onto the pavement, and no arrest was made." The statement added: "We are always open to dialogue with those who desire to discuss important subjects, but publishing false information in order to provoke negative reactions is an irresponsible and unacceptable action."

Tatchell told LBC news channel that the Qatari authorities were polite to him, did not threaten him, did not interrogate him harshly, and that he did not leave the pavement.

Claim 4: The Ehteraz Coronavirus-tracking Health App violates user privacy, and everyone attending the World Cup will be forced to download it on their mobile phones.

The facts: When the Ehteraz app was introduced it became clear that there were some loopholes which breached user privacy, according to Amnesty International. The Qatari authorities took practical steps to deal with them, according to Amnesty in May 2020, who confirmed that the Qatari authorities had speedily taken steps to address the issues. Moreover, the app is no longer required for residents and visitors except if they wish to enter health facilities.

Claim 5: 6,500 foreign workers have died in Qatar during preparations for the World Cup

The facts: In 2021, the Guardian published an article with this title, which was then re-highlighted, and re-tweeted hundreds of times in recent weeks. Disinformation expert Dr. Mark Owen Jones has refuted these accusations via his Twitter Account, revealing that the title of the Guardian piece was extremely misleading. In fact the Guardian itself even stated within the article itself that these deaths had never been categorised, nor their circumstances or whereabouts defined, and that this statistic covered a 10-year period not specifically related to workers employed to build football stadiums.

1/ One of the most pervasive and re-occurring pieces of #disinformation about the Qatar has been the figure that 6500 migrant works have died in connection with the World Cup. I wanted to do a thread on how this piece of news has been transmitted on Twitter over the past year pic.twitter.com/1xLfrEzu7F