Israeli forces killed Palestinian worker while he was helping wounded: Jenin residents
MENA
4 min read
Qassam Muaddi
West Bank
"Tareq Damaj was wounded and asking for help when Atta Shalabi was passing by and Shalabi decided to help him. The [Israeli] soldiers shot dead Shalabi while he was helping Damaj and killed Damaj too," Mustafa Shita, a resident of Jenin, said. 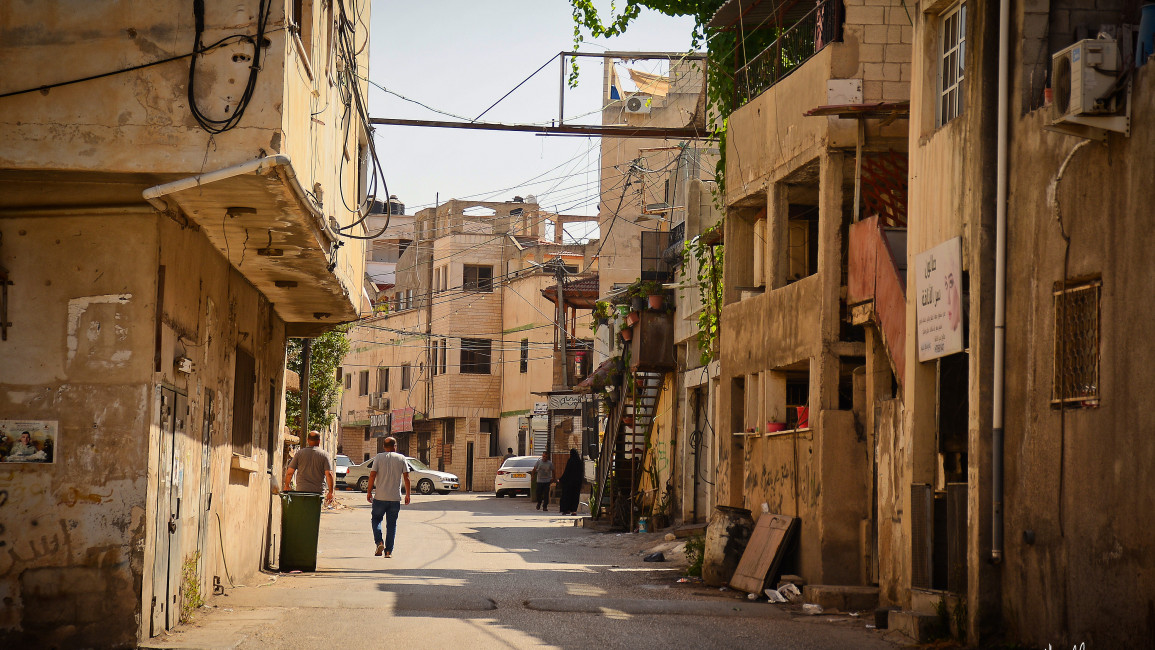 Thousands in the occupied West Bank mourned three Palestinians killed on Thursday by Israeli forces, taking part in two separate funerals in Jenin city and the town of Qabatia, south of Jenin.

"The occupation forces raided the city centre of Jenin aiming to arrest someone, but didn't enter the refugee camp," Mustafa Shita, resident of Jenin and director of the Jenin Freedom Theatre, told The New Arab.

The three Palestinians killed by the lsraeli occupation forces this morning in Jenin. pic.twitter.com/6Jhfo1GJ0Z

"Both Sudqi Zakarneh and Tareq Damaj were among those who came out to confront the raiding forces and engaged in a gun battle with them, which is when both were shot," said Shita.

"Tareq Damaj was wounded and asking for help when Atta Shalabi was passing by, and Shalabi decided to help him. The [Israeli] soldiers shot dead Shalabi while he was helping Damaj and killed Damaj too," he added.

According to family sources, Shalabi was on his way to work when he came across the incident in Jenin before being killed.

"Atta worked in construction inside Israel and always took the bus from Jenin city to the checkpoint," his cousin told The New Arab.

"He was a humble, hard-working man who never got involved in any politics and never got in trouble with the occupation," described the cousin.

"He was father to four sons and one daughter, the oldest son being 20 and the daughter being just two years and a half. He also took care of his ill mother and was the only support to all the family," the cousin said.

"His other cousin was with him and told us that he heard Tareq Damaj shouting for help, and he didn't know what exactly was happening. He ran to help Damaj out of the range of fire but was shot and killed," he added.

Jenin wakes up to another crime committed by the lsraeli occupation forces who killed three Palestinians during a pre-dawn military raid today. pic.twitter.com/m01TMfidkh

Tareq Damaj and Sudqi Zakarneh were mourned in a massive funeral in the Jenin refugee camp at noon, before being put to rest at the Martyrs cemetery of Jenin. A second funeral was held for Atta Shalabi in Qabatia.

The 'Jenin Brigade', a group close to the Palestinian Islamic Jihad - PIJ gathering Palestinian fighters in Jenin, mourned Zakarneh and Damaj as its members.

The group also claimed responsibility for several shooting attacks at Israeli positions on Thursday in response to the three killings.

Meanwhile, Palestinian Prime Minister Mohammad Shtayyeh condemned the killings in Jenin and called upon the international community "to provide protection to the Palestinian people, in light of the daily Israeli killing of Palestinians and the terror of soldiers and settlers".

"This could be done through the presence of UN forces on the ground to monitor the situation in the occupied territories," Shtayyeh said during a meeting in Ramallah with the UN special coordinator for humanitarian affairs, Lynn Hastings.

Jenin has been at the centre of an ongoing Israeli escalation of raids against Palestinian towns and cities. With the killing of Zakarneh, Shalabi and Damaj, Jenin has lost 58 Palestinians to Israeli forces since the beginning of the year.

"We have become used to the idea that there is an Israeli raid on Jenin every Thursday," said Mustafa Shita from the Freedom Theatre. "People in the street even wonder to each other if there will be fatal victims next Thursday."

216 Palestinians were killed by Israeli forces since the beginning of the year, making it one of the deadliest years for Palestinians since 2005, according to the UN.