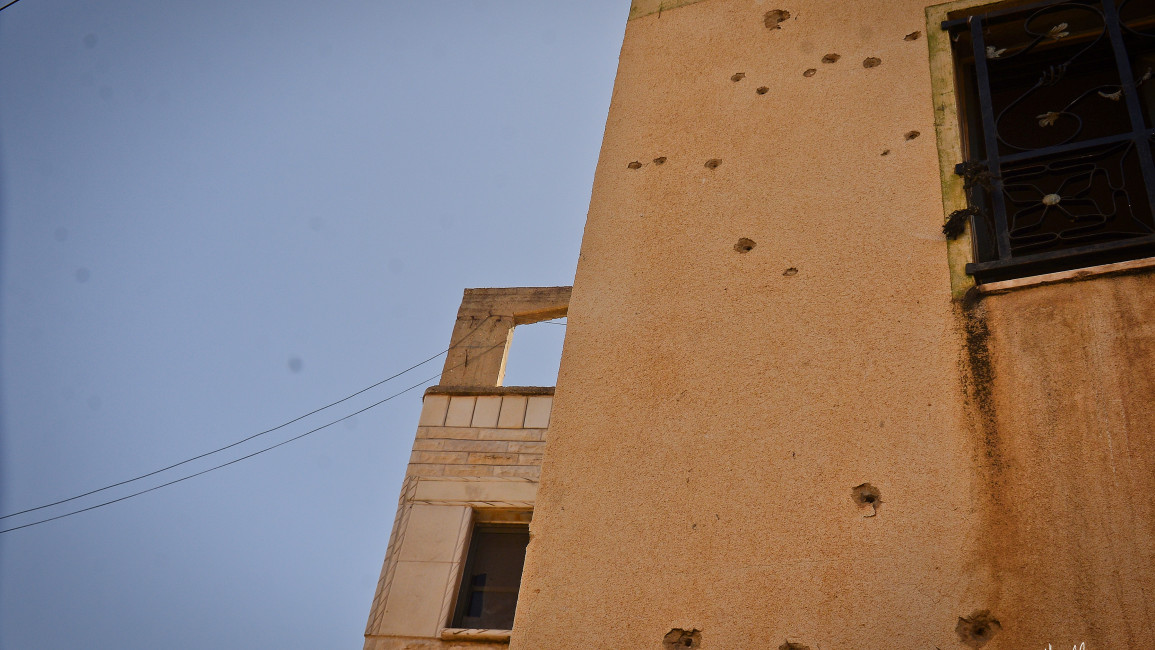 Israeli forces killed a Palestinian teenager and wounded five other Palestinians on Monday during a morning raid in the city of Jenin in the northern West Bank.

The Palestinian health ministry announced that the victim was Mahmoud Saadi, an 18-year-old high school student from Jenin city.

According to the ministry's statement, Saadi was hit by a live bullet in the stomach and was taken to the Jenin public hospital, where shortly after, he was pronounced dead.

17-year-old Palestinian teen Mahmoud Al-Saadi, a high school student, was shot and killed by Israeli occupation forces while he was on his way to school during a military raid into Jenin camp, the Palestinian Ministry of Education said.

Al-Saadi is the only son of his parents. pic.twitter.com/XPnVlmxAX6

"The occupation forces entered Jenin around 7:30 in the morning and headed to the refugee camp," Atta Abu Rmeileh, local secretary of Fatah in Jenin, told The New Arab.

"Occupation soldiers surrounded a house in the refugee camp, and exchanged fire with resistance fighters as they arrested a young man, Rateb Bali," he said Abu.

"Meanwhile in the city, occupation soldiers opened fire while taking over some buildings overlooking the camp, at the same time that Mahmoud Saadi was walking to school," Abu Rmeileh detailed.

"He was shot in a place where there was no fighting," he added while speaking to TNA, amidst gunshots fired into the air by Palestinians at the funeral for Mahmoud Saadi in Jenin. A general strike was also declared in the city as a sign of mourning for the rest of the day.

The killing in Jenin arrived hours after Israeli forces demolished a Palestinian house and a farm in the village of Duma, south of Nablus.

Palestinians in Jenin bid final farewell to the 18-year-old Mahmoud al-Sa’di who was fatally shot by the lsraeli occupation forces earlier today. pic.twitter.com/e21O6Jwlj9

"Around 10:00 am, the occupation forces began to force shops in the old city to close, then shortly after settlers began to throw stones and garbage from the upper floors of the old city's houses down on the market," Gandhi Awewei, a resident of the old city, told TNA.

"At the neighbourhood of Bab Al-Zawiyeh, settlers attack shops and houses and clashed with Palestinian young men for hours," said Awewei.

"Around 10:30 in the morning, I saw dozens of occupation soldiers along the main street in our neighbourhood, while behind them stood Israeli settlers, some of them bearing firearms," Nisreen Azzeh, resident of the Tel Rumeida neighbourhood in Hebron's old city, told TNA.

"Shortly after, settlers were everywhere, attacking every shop and house in the neighbourhood," she said. "A group of them rounded a 14-year-old boy and beat him so violently that he was taken to the hospital. Another group of settlers attacked my 26-year-old nephew and shot pepper spray at his face."

Settlers run rampant in Hebron with the protection of the Israeli military, attacking local residents & properties. This is what happens when you empower supremacists. There needs to be protection for the Palestinian people. And there needs to be respect for international law. pic.twitter.com/PJJ3aWk8vE

Palestinian media reported that the mob was led by the Israeli far-right lawmaker and leader of the ultra-nationalist 'Jewish Force' party, Itamar Ben Gvir, who was recently re-elected into office in a coalition with Benjamin Netanyahu's Likud party.

A human rights activist in Hebron, who asked not to be named, told TNA that dozens of Palestinians were injured by the mob that also attacked two mosques and broke their windows.

For the sake of the Temple: Israel's messianic settlers

The UN envoy for the Middle East process, Tor Wennesland, condemned on Saturday the settlers' mob in Hebron, saying that "such acts may aggravate an already tense environment."

The escalation in the occupied West Bank has been ongoing since the beginning of the year, in which some 150 Palestinians have been killed by Israeli forces or settlers.