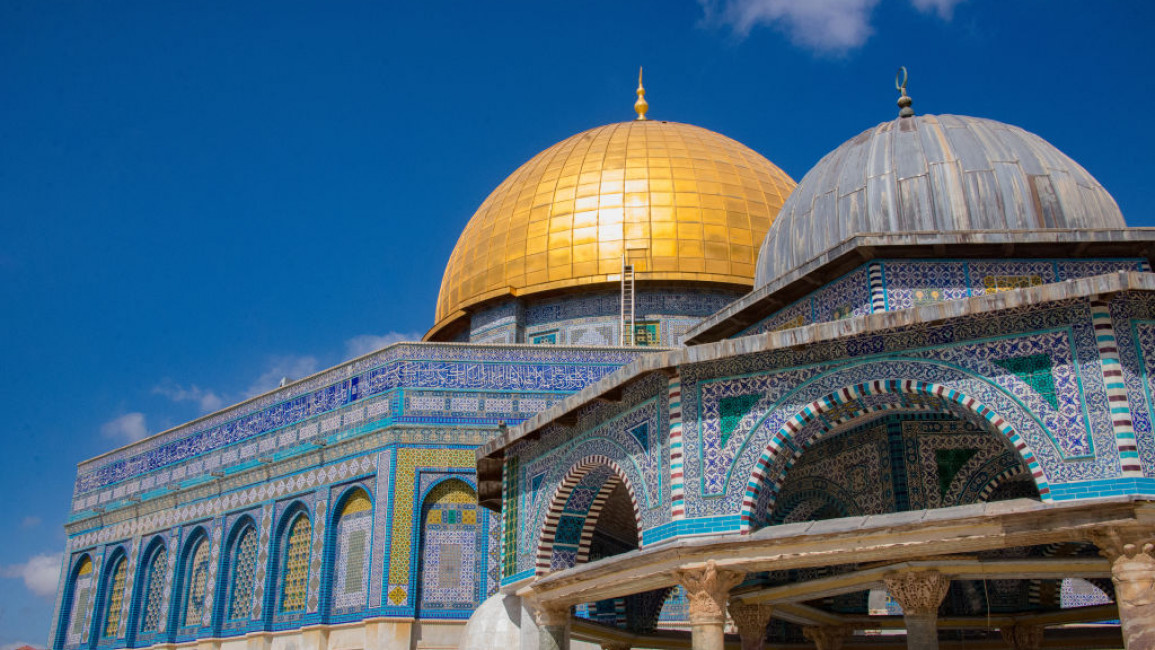 The radicals worshipped at the site in breach of the longstanding status quo governing it, according to Palestinian sources.

Israeli forces reportedly began harassing Muslim worshippers at the site from early Tuesday to clear the way for the incursion.

Under the agreement, Muslims alone are permitted to pray at Al-Aqsa, the third-holiest place in Islam and the most-sacred Muslim site in Palestine. Non-Muslims are, however, able to visit.

Israeli extremists routinely raid Al-Aqsa, hoping to see the site divided – in terms of physical space and time available for use – between Jews and Muslims.

Many radicals want a Jewish temple to be built at the compound.

The Palestinian foreign ministry called Ben-Gvir's attendance at the site a "serious threat", while Palestinian Prime Minister Mohammad Shtayyeh cast it as a bid to turn Al-Aqsa Mosque "into a Jewish temple".

The Qatari foreign ministry said Doha "condemns in the strongest terms" Ben-Gvir's "storming of the courtyards of Al-Aqsa Mosque under the protection of the Israeli occupation authorities".

At the time, Jordan's foreign ministry spokesperson Sinan Majali said Amman summoned the Israeli ambassador to "convey a protest message about the recklessness of the Israeli national security minister in storming the blessed Al-Aqsa Mosque".

On the latest episode of @TheNewArabVoice, we spoke with Nur Arafeh about #AlAqsa what the site means to the #Palestinians.

Jordan has a special role in Jerusalem as custodian of the Christian and Muslim holy places there.

The US ambassador to Israel, Tom Nides, said Washington "has made it clear to the Israeli government it opposes any steps that could harm the status quo in the holy sites".

Also on Tuesday, Israeli forces shot dead a Palestinian man, bringing the toll of Palestinians killed so far this year in the West Bank to 15, according to an AFP tally.

The Palestinian health ministry said 40-year-old Hamdi Shaker Abdullah Abu Dayyah had been killed by Israeli forces in Halhul, north of the city of Hebron.

AFP, AP and Reuters contributed to this report.