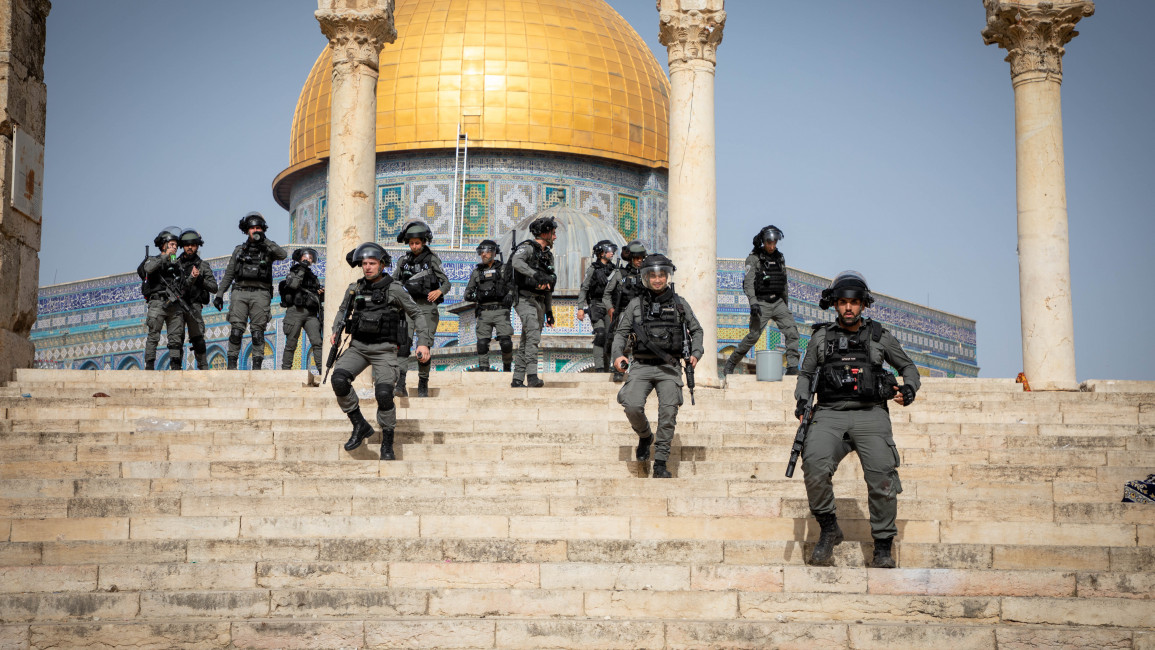 In a further erosion of the status quo, the Israeli police have blocked by force the Jordanian ambassador's entry to the Al-Aqsa Mosque on Tuesday, claiming the visit wasn't coordinated in advance.

A video showed one Israeli police officer pushing the ambassador a step backwards even though the director of the Islamic Awqaf department accompanied him.

One of the Islamic Awqaf department officials told The New Arab that the Israeli police dealt with the ambassador in an "insulting manner."

In the wake of the incident, the Jordanian foreign ministry immediately summoned the Israeli ambassador to Amman to protest.

"The Israeli ambassador was informed of the Jordanian government's condemnation of the unacceptable interference in the affairs of the Al-Aqsa Mosque/ al-Haram al-Sharif," the Jordanian foreign ministry's statement read.

"We remind that the Islamic Awqaf department is the sole party with authority to manage the affairs of the al-Aqsa/al-Haram al-Sharif."

Last week the UK minister for the Middle East, Lord Tarik Ahamd, was kept waiting by the Israeli police at one of the compound gates for nearly half an hour before he was allowed entry.

The Israeli police claimed that the ambassador was kept waiting for a "very short time," until the officer received instructions from his superior. The police's statement never mentioned the violent conduct of its officer.

"The director of the Jordanian endowment together with the Jordanian ambassador to Israel arrived at the Temple Mount without any prior coordination with the police," the Israeli police statement read.

The Israeli police further claimed that a "preliminary coordination with the police as usual would have prevented any delay in the ambassador's entry to the Temple Mount."

Jordan is the custodian of Muslim and Christian holy sites in occupied East Jerusalem.

Israel occupied East Jerusalem in the 1967 Middle East War and later illegally annexed it. Most countries consider East Jerusalem an occupied city and do not recognise Israel's annexation.