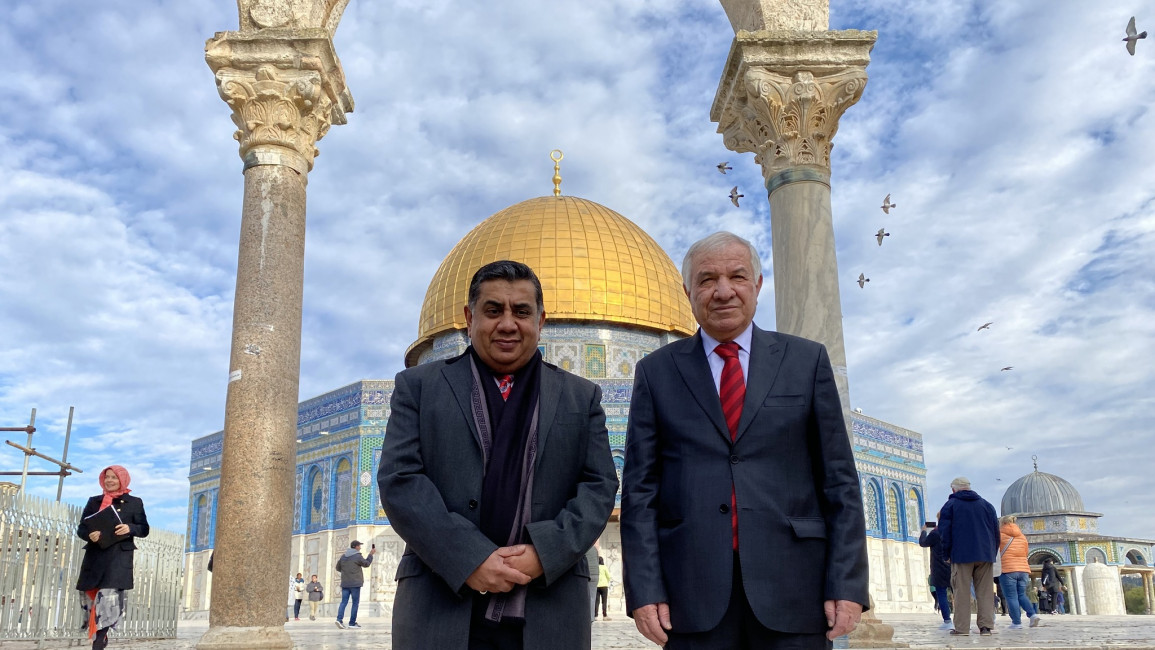 Lord Tarik Ahmad, the UK Minister for the Middle East, has asserted the "UK's unwavering support for Jordanian Custodianship of Jerusalem's Holy Sites & for the Status Quo."

An honour & privilege to spend time at the holy Al Aqsa Mosque this morning with the Director of Jerusalem Waqf Department Sheikh Azzam Al Khatib.

I emphasised the UK’s 🇬🇧 unwavering support for Jordanian Custodianship of Jerusalem’s Holy Sites & for the Status Quo. pic.twitter.com/8Q1LM4qqsm

The British minister is currently visiting Israel and the occupied Palestinian territories.

On Thursday morning, Lord Tarik Ahmad visited the Muslim holy site of the  Haram al-Sharif in the Old City of Jerusalem, where he met with Palestinian officials from the 'Muslim Awqaf department', which manages the sacred site.

Sheikh Azzam al-Khatib and Sheikh Omar Kiswani accompanied the minister during his visit to the Al-Aqsa Mosque.

It is his first visit to the region since his appointment as the UK Minister for the Middle East.

"Lord Ahmad will visit the Occupied Palestinian Territories (OPTs) to understand the challenges facing Palestinians, reinforcing the importance of the bilateral relationship and see first-hand the impact of UK development and humanitarian support in the West Bank," a press release read.

The press statement added that Lord Ahmad would announce £3.7m (US$4.5 million) of additional funding to UNRWA to support food assistance to 1.2 million of the most vulnerable Palestinian refugees in Gaza.

The UK does not recognise Palestine as a state. In a recent vote at the UN General assembly, the UK voted against a request by member states for an advisory opinion by the International Court of Justice on the Israeli occupation of Palestinian lands.