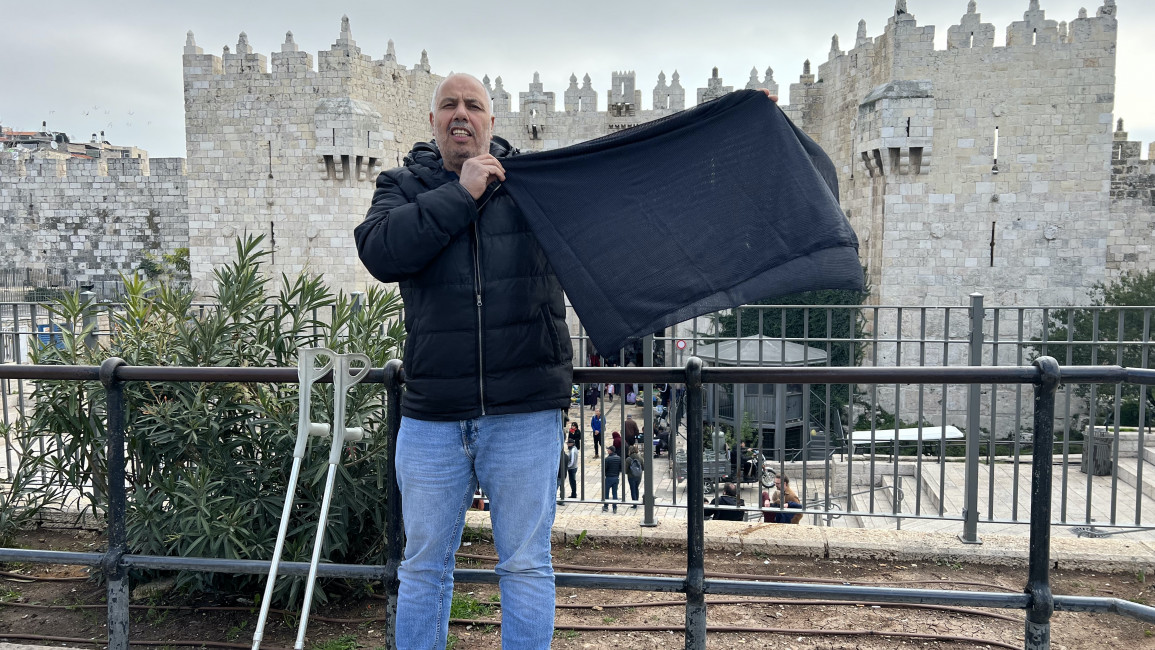 The status quo on the #HolySites and the custodianship by the King of #Jordan, internationally agreed, are essential to regional peace, stability and the equilibrium between the major religions in #Jerusalem, of great concern to us all.

The provocative act by Ben-Gvir signals a reversal of an informal policy set by previous Israeli governments barring its officials from entering the site.

"He entered the al-Aqsa accompanied by heavy security personnel when there were very few people inside the compound," Palestinian activist Muhammad Abu el-Humos, told The New Arab.

"I was not allowed to enter until the visit was over," he added.

Ben-Gvir made the controversial act after meeting with Israeli PM Netanyahu, the head of the Shin Bet and the police commissioner on Monday. Israeli security officials appear to have concluded that there would be no immediate repercussions from such a visit.

"I expect there will be more intrusions in the future and the imposition of a new reality in the al-Aqsa compound," Ahmad Shehab told TNA while on his way to the Holy Site.

"They are paving the way to put a Temple in the compound," he added.

After the conclusion of the visit, Ben-Gvir wrote on Twitter, "if Hamas thinks that if it threatens me it will deter me, let them understand that times have changed."

Hamas, the Islamic movement, had vowed to foil Israel's attempts to impose a new reality in the Al-Aqsa Compound. Palestinian officials in Ramallah have also denounced the move.

The Islamic Waqaf authority in Jerusalem entrusted with managing the Holy Site has not commented on Ben-Gvir's visit. However, Jordan's foreign ministry said it "condemns in the severest of terms the storming of the Al-Aqsa Mosque and violation of its sanctity."

The US Embassy spokesperson in Israel reacted to the Israeli minister's visit by stating that the status quo must be kept and that Israel understood Washington's position on the matter.

The French consulate in Jerusalem cautioned against changing the status quo "any gesture aimed at questioning it carries a risk of escalation and must be avoided."

More than 48,200  Israelis stormed the al-Aqsa compound last year, the highest number to date, according to the Islamic Waqf authority.

In light of the condemnations, the Israeli prime minister's office said that Netanyahu is "committed to strictly maintaining the status quo, without changes, on the Temple Mount."