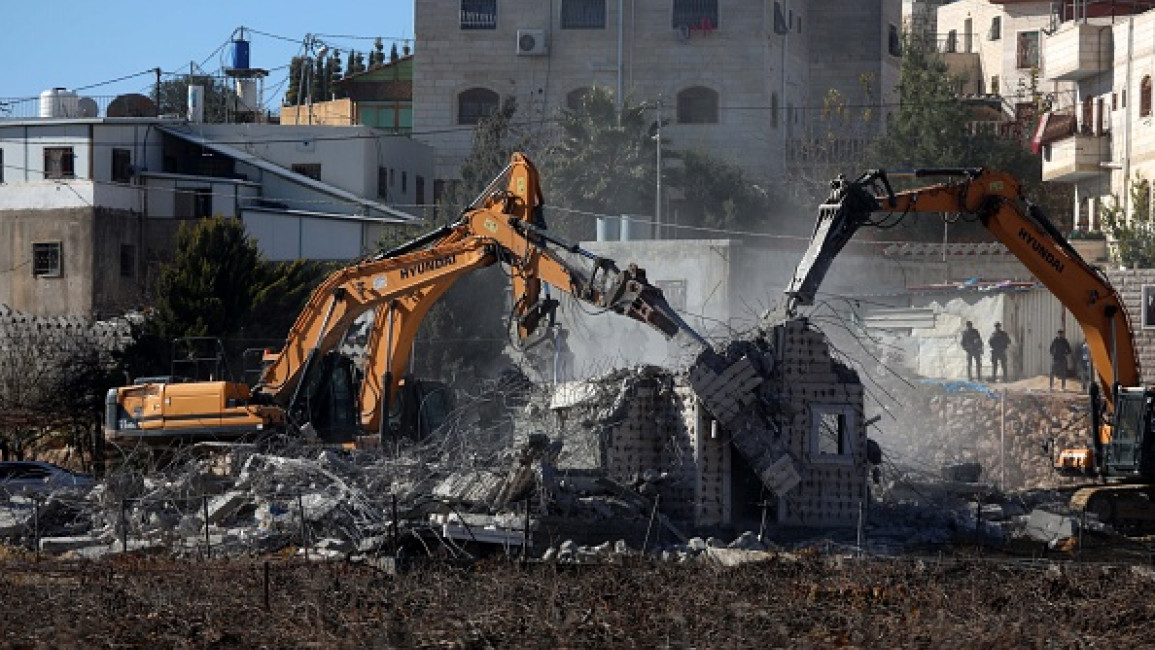 Key Israeli cabinet members gathered on Sunday to initiate a new wave of demolitions against Palestinian homes in Area C after a dispute erupted over the rare expulsion of illegal Israeli settlers from a new outpost in the occupied West Bank.

Far-right ministers reportedly agreed to forcibly halt all new Palestinian building projects in Area C - which accounts for 60 percent of all land in the West Bank - before they reach completion, according to Israeli media.

All major Palestinian cities in the West Bank - Ramallah, Nablus, Hebron, Bethlehem, and Jericho - are surrounded by land designated as Area C, seen as essential to any future Palestinian state.

This new phase of land dispossession has received the blessing of Prime Minister Benjamin Netanyahu, according to Israel Hayom, after a dispute between Likud Defence Minister Yoav Gallant, and extremist Bezalel Smotrich who also holds a ministerial post in the defence ministry.

Interactive timeline: The history of Israeli settlements since 1967

The disagreement came after the Israeli army took the rare decision to evict a number of Jewish settlers from an unauthorised outpost in the occupied West Bank, erected hours earlier.

The move provoked the anger of pro-settler activists and members of Netanyahu’s far-right government, including Smotrich who himself lives in a settlement in the occupied West Bank.

Netanyahu issued a statement, saying: "The government supports settlements, but only when they are done legally and in prior coordination with the prime minister and security officials, which did not happen in this case".

Smotrich had tried to order the army to cancel the demolition of the wild cat settlement.

Security Minister Itamar Ben Gvir, also living in a settlement, attacked the decision in the Knesset, alleging that the Israeli army demolishes more Jewish settlements than it does Palestinian homes.

The appointment of Israel's new far-right coalition government has accelerated threats to Palestinian homes and livelihoods on several fronts since they took office.

The far-right have promised to legalise settlement outposts and forcibly expel Palestinians from their homes.

Israeli settlements across occupied East Jerusalem and the West Bank are all considered illegal under international law, while Palestinians view them as a threat to a future Palestinian state.

There are at least 600,000 Israeli settlers in the West Bank and East Jerusalem and they often subject Palestinians to violence and harassment.