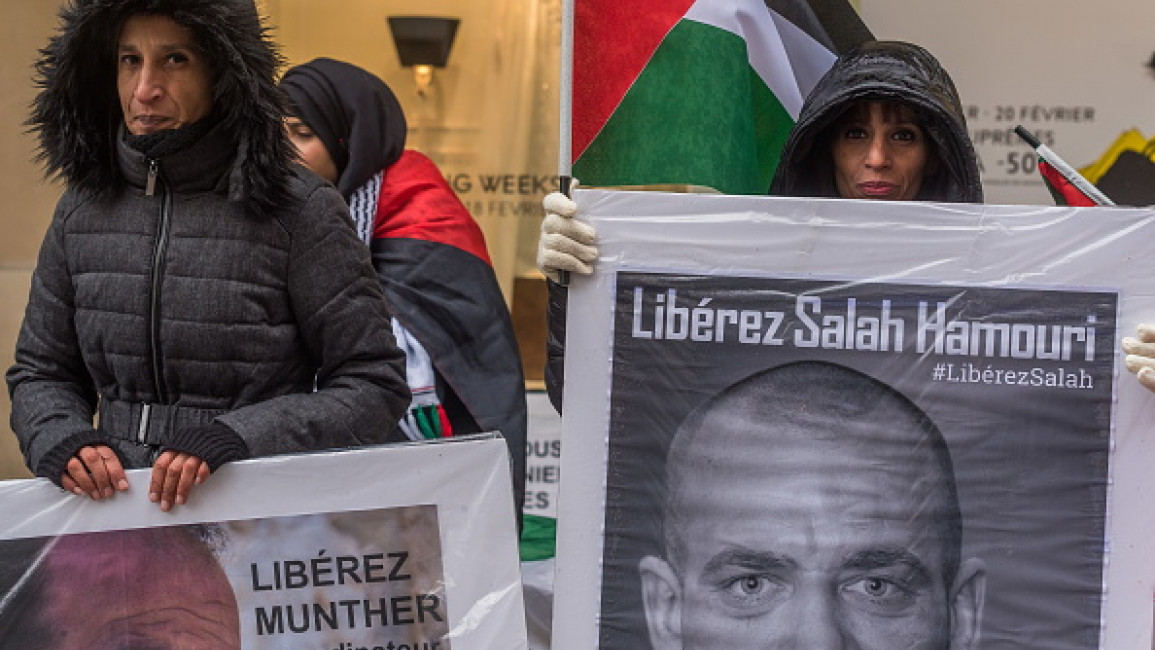 Israel expelled French-Palestinian human rights lawyer Salah Hammouri on Sunday morning, the culmination of a lengthy judicial saga in which he was accused of security offences and held without charge since March.

Hammouri, 37, had been held under a controversial practice known as administrative detention, which allows suspects to be detained for renewable periods of up to six months.

Hammouri "was deported this morning to France following Interior Minister Ayelet Shaked's decision to withdraw his residency status", the ministry said in a statement.

His family and supporters were expecting the deportation to take place on a Tel Aviv-Paris flight by Israeli airline El Al.

An Israeli military court sentenced Hammouri, who holds French citizenship, to administrative detention in March. It accused him of being a member of the Popular Front for the Liberation of Palestine (PFLP) - which Israel brands as a "terror" organisation - and said he "endangers security in the region".

Hammouri denies links to the PFLP.

He has been arrested and jailed by Israeli authorities on several occasions, including in 2005.

Following that arrest, he was tried and convicted by an Israeli court on charges of plotting to assassinate Ovadia Yosef, a prominent rabbi and spiritual leader of the ultra-Orthodox Shas political party.

Hammouri was released in December 2011 as part of a prisoner swap with Gaza.

He has always maintained his innocence.

Born in Jerusalem, Hammouri does not have Israeli nationality, but he held a residency permit that Israeli authorities revoked.

Hammouri's residency was revoked by interior minister Shaked in October 2021. He not only lost his right to reside in Jerusalem, his home city, but also free movement and his ability to work.

Israel, which has illegally occupied and annexed East Jerusalem, regularly revokes the permanent residencies of Palestinians in this section of the city.

The population does not hold Israeli citizenship or have the same civil rights as Israelis.

Last month, he was informed he would be deported, but the expulsion was delayed as his lawyers contested the case.

There had been increasing indications since Friday evening that Hammouri would be expelled. Arab-Israeli lawmaker Aida Touma-Sliman on Saturday wrote to Defence Minister Benny Gantz in an appeal to prevent Hammouri's removal.

The Justice for Salah campaign said of his expulsion in a press release: "Salah’s forcible deportation is only the latest stage in Israel’s long standing judicial and administrative harassment of him, his family and his crucial human rights work advocating for Palestinian political prisoners.

"He has been made a prime target of Israel’s policies of intimidation and silencing of those who challenge its regime of institutionalised racial domination and oppression."

As a 15-year-old, Hammouri was shot by Israeli forces while taking part in a demonstration during the 2000 Second Intifada, with one bullet still lodged in his body.

Earlier this month, Israeli authorities confirmed the revocation of his residency, paving the way for Hammouri's imminent expulsion despite a new hearing scheduled for 1 January.

"It is a great achievement to have been able to cause, just before the end of my term, his expulsion," Interior Minister Shaked said on Sunday.

Benjamin Netanyahu, winner of the 1 November legislative elections, is expected to form a new Israeli government with allies from ultra-Orthodox and far-right parties.

Palestinian political prisoners can be held in Israeli administrative detention without charge or trial.

Under the administrative detention order, Israel imprisons Palestinians for six months at a time, though this can be extended indefinitely.

Rights groups say such a system is abusive to Palestinians.