Africa leaders declare ceasefire in east Congo starting Friday
World
2 min read
The New Arab Staff & Agencies
The ceasefire declaration was issued by the leaders of Congo, Rwanda, Burundi and Angola, and former Kenyan president Uhuru Kenyatta, after a summit in Luanda on Wednesday aimed at finding solutions to the east Congo crisis. 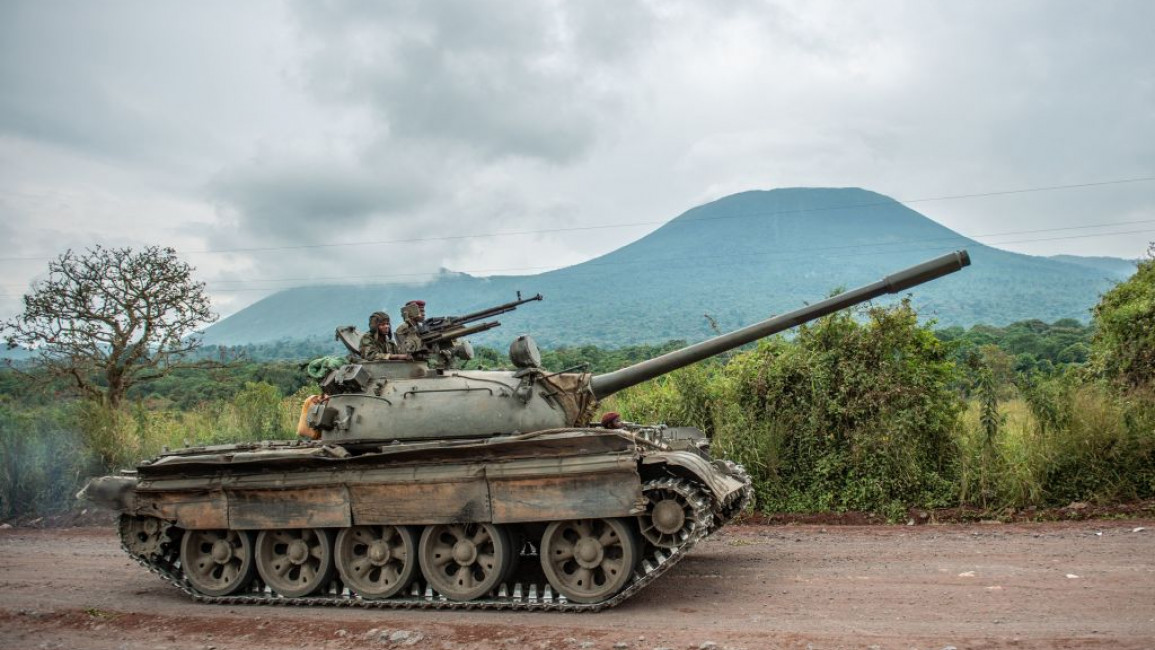 African leaders have declared a ceasefire in eastern Democratic Republic of Congo starting on Friday, which is aimed in particular at stopping attacks by the M23 rebel group, they said in a statement.

The declaration was issued by the leaders of Congo, Rwanda, Burundi and Angola, and former Kenyan president Uhuru Kenyatta, after a summit in Luanda on Wednesday aimed at finding solutions to the east Congo crisis.

Eastern Congo is facing an insurgency by the M23, a Tutsi-led rebel group which the Congolese government claims is supported by neighbouring Rwanda.

Rwanda denies this, but the M23's resurgence this year has caused a major diplomatic crisis.

In addition to the ceasefire, the statement said the M23 must withdraw from its occupied territories or face intervention by regional forces.

"If M23 does not withdraw the East African Community (EAC) heads of states shall authorize use of force to compel the group to comply," it said.

The M23's military spokesperson was not immediately available for comment.

Despite billions of dollars spent on one of the United Nations' largest peacekeeping forces, more than 120 armed groups continue to operate across large swathes of eastern Congo.

The seven countries of the EAC, which Congo joined this year, agreed in April to set up a regional force to help fight the militias.

Uganda will be the third country to deploy troops after Kenya and Burundi.

Rwandan President Paul Kagame and his Congolese counterpart Felix Tshisekedi also met in Luanda in July and agreed on an immediate cessation of hostilities and the withdrawal of M23 fighters from Congo.

But the M23 did not respect that agreement, saying only it could sign a ceasefire with the government.

Fighting has continued since, forcing thousands of people to flee their homes.

A group of UN experts said this year it had "solid evidence" that Rwandan troops were fighting alongside the M23 and providing it with weapons and support. Rwanda denied the claims.

The statement issued on Wednesday included an agreement to cease all politico-military support to the M23 and all other local and foreign armed groups in the region.