What would happen if you suddenly woke up in the Islamic Emirate of Britain?

What would happen if you suddenly woke up in the Islamic Emirate of Britain?
Book Club
6 min read
Noshin Bokth
Book Club: Sadhek Khan's The Emirate of Britain teases the notion that frightens so many: the sudden upheaval of 'British' society as they know it in favour of an Islamic one. Playful if profound, Khan raises interesting questions about nationhood. 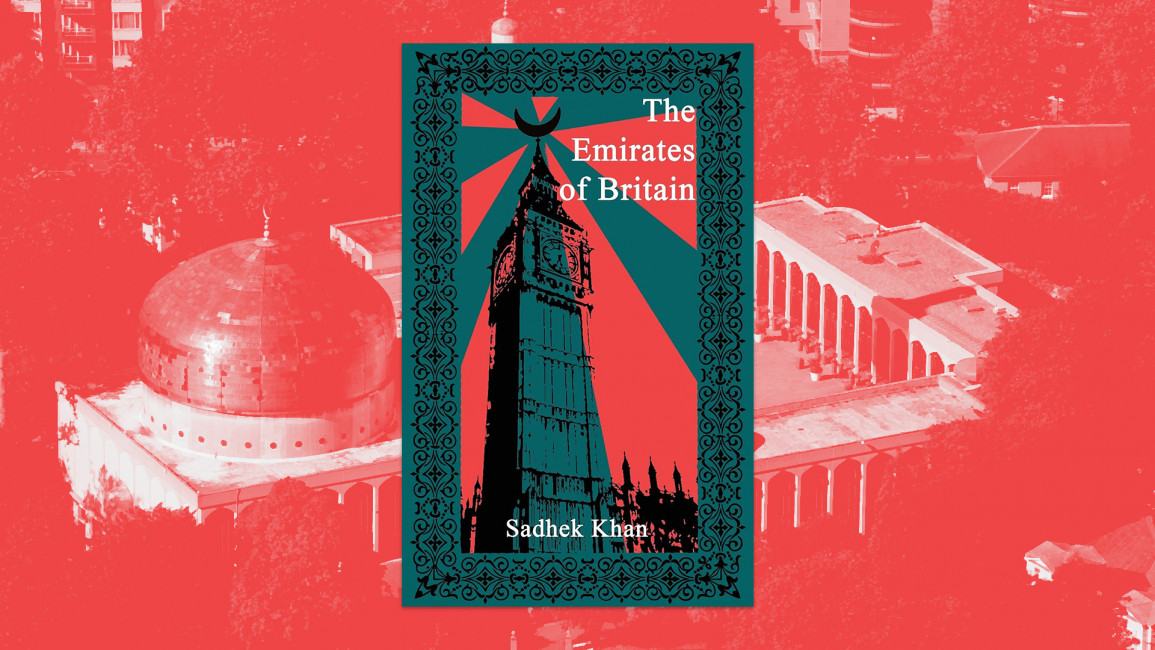 There is no question that our contemporary political climate is rife with polemics against Islam and anything deemed archaic by western standards.

The nuances that are inevitable when it comes to human life, religion, and understanding are often disregarded to bolster unfounded claims. Many leaders echo these beliefs to offer themselves as saviours of one nation and sanctimonious plunderers of another.

Although such leaders come and go, their impacts regrettably transcend time. With such a hostile environment in mind,  bold and artistic retorts are necessary.

"[Khan] is not suggesting that the story is realistic. Instead, he wants us to reshape our perspectives on the current driving forces of our society and consider how much colonial and imperial powers have influenced modern values"

The Emirates of Britain by Sadhek Khan is an audacious and prolific response to these strait-laced values that have permeated our society today.

Khan attempts to imagine what an actual Muslim takeover of Britain would entail. At only forty-six pages, it is a relatively swift experience that leaves the reader indignant at the abrupt conclusion. But perhaps the intention was to leave the reader in a state of profound reflection.

The story is a political satire filled with exaggerations. However, the writing is so punctilious that, for a moment, it seems as though one is reading an old news article before being jolted back to reality.

The central character of the story is Derek, a British-born and raised cabbie who awakens from a coma to his worst nightmare, a Muslim Britain. He is a wretched and lonesome middle-aged widow determined by his limited worldviews. The resonant sounds of the azan, the Muslim call to prayer, thrust him awake from his coma.

He describes the sound as heavenly and strangely familiar, like an inner wake-up call encouraging him to become conscious. But his initial reaction to the new state of affairs is far from embracing. He is enraged and obstinately protests against the new government.

Derek believes that his despondent life can be revived with purpose, that is, the purpose of taking Britain back. His life is upended, but not in the way he had presumed.

First and foremost, Khan sets the stage with a brief prologue that expounds on how the world that Derek wakes up in came to be. British troops captured Sheikh Ahmed Hussayn, the spiritual leader of an Iraqi insurgency group.

As the story goes, the UK commanding officer, Major General George Fraser, encounters the sheikh, and in a dimly lit interrogation room, the Major General is immediately captivated. The conversations they exchanged curiously had nothing to do with war. Rather as stated,  “The meetings focused on the subordination of the ego, as shaped by the material world, and the elevation of the self to recognize a higher purpose.”

Ultimately, Major George converted to Islam. His conversion was a catalyst for the spread of Islam among his troops, leading to an underground movement within the British army and a military coup to rule Britain with Sharia Law.

The rest of the story follows Derek as he navigates his new world, how it came to be, and later how he comes to revere it. He encounters mundane citizens going about daily life, revealing that life under the new Emirates of Britain is remarkably unchanged save for improvements in overall welfare.

During his rehabilitation after his coma, his nurse is a compassionate Muslim woman. Yet her kind nature does not shield her from his resentment, and she promptly rebukes him, revealing that the only significant differences in her life now are gender-segregated underground carriages and a decline in hostility towards her hijab.

As time passes on, he returns to his work as a cab driver and has an encounter with a government representative as his passenger. To him, this is an opportune moment to release his frustration and he begins a tirade against Islam, claiming it is only a matter of time before the persecution starts and the rest of them are made to be infidel slaves.

He is startled by her detached composure and disclosure that confirms the nurse’s sentiments. According to her, “Most people’s lives haven’t changed; some are even calling the new leaders liberators because of the immediate concessions in welfare and taxation.”

Derek holds some of the common misconceptions regarding Sharia law and punishments. She clarifies this by telling him that the Emir says the traditions on punishments are either misinterpreted or have been abrogated.

Regardless, they will never apply to non-Muslims. Non- Muslims are governed separately and manage their own affairs. These conversations do nothing to assuage Derek, and he remains unyielding. It is only when he has an exchange with Emir George himself that he finds himself humbled and truly awakened and conscious.

Khan leaves the reader pleasantly flummoxed with much to ponder. This hyperbolic story aims to probe you beyond your creative limits. He is not suggesting that the story is realistic. Instead, he wants us to reshape our perspectives on the current driving forces of our society and consider how much colonial and imperial powers have influenced modern values.

Throughout the novel, Emir George solemnly reflects on the misguided incentives of the British empire. He reprimands the avarice of capitalism, stating that the rich are getting richer and the poorer are getting poorer in Britain.

Focusing on changing governments abroad when their own country is crumbling from moral bankruptcy reveals a failure in their priorities. These discourses are still prevalent throughout the western world, and while the solution is yet to be discovered, Emir George believes it can be found in Islam.

This is a radical notion by popular standards, but Khan suggests maybe the answer is to look beyond our narrow thinking for resolutions.

This concept is illustrated through Derek, who is so inflexible in his bigotry that it takes a catastrophic event to soften his outlook and heart.

His stubbornness represents a far more troubling epidemic of animosity and ignorance that continues to persist in our world.

Initially, Derek and Emir George appear to be divergent individuals.

However, we soon see that like most of us, their intrinsic needs for peace and coexistence bridge the gaps in their inner and outer worlds. The Emirates of Britain bravely envisions a world where diverse communities and beliefs can collaborate and contribute to the advancement of humankind.