Over 1,500 people in Pakistan and other countries have already paid the price for a worsening climate crisis, but these disasters will continue to grow explains Jessica Adams, if governments don't urgently take action at the upcoming Cop27. 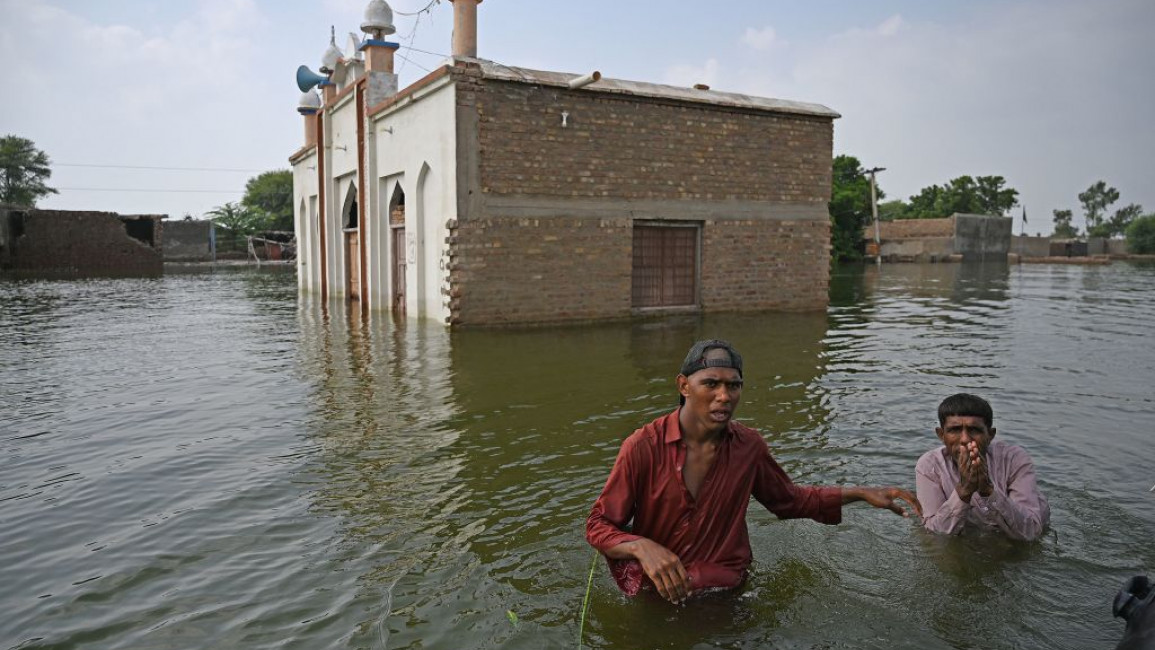 Record monsoon rains have caused devastating floods across Pakistan since June, killing around 1,500 people and leaving almost a third of the country under water, affecting the lives of 33 million. [GETTY]

During the recent 3 months of extreme flooding, around 1,500 people have been killed in Pakistan and 33 million others impacted, 91 people were killed in Yemen, 177 killed in India and 141 killed in Bangladesh. These Climate change disasters highlight that global leaders are running out of time to take our reality seriously.

These countries have long been considered among the most susceptible to the impacts of climate change, despite being amongst those contributing the least to emissions. As western media now rightly focus on the devastating floods in Pakistan, which UN Secretary General, Antonio Guterres described as a “climate catastrophe”, it is important to note that climate justice activists and political leaders from the Global South have long been warning us of these issues. They have been calling for urgent action from governments in the Global North, for decades.

We now need decision makers to take unprecedented action to increase the level of ambition needed to address climate change and ensure the long-term welfare of humanity. Not to mention, to meet the growing humanitarian needs as climate change worsens the living conditions of people across the globe and increases the threat to life.

''With thousands dead and tens of millions displaced, the threat to our existence is no longer a ‘future danger’. It is our current reality, the events in Pakistan and Yemen recently prove this.''

Countries experiencing conflict are less able to cope with climate change since their ability to adapt to any event is weakened by war. We have witnessed this in Syria where year-on-year, flooding worsens and humanitarian needs spiral.

Furthermore, it is not just flooding that is causing immense suffering and exacerbating the challenges facing vulnerable communities, droughts across the globe are impacting the rising cost of food and other commodities also.

This only highlights the need to increase resources and provide adequate provisions, people within conflict areas are facing a double-battle for their survival.

With thousands dead and tens of millions displaced, the threat to our existence is no longer a ‘future danger’. It is our current reality, the events in Pakistan and Yemen recently prove this.

In truth, we need to be actively reducing the damage we are doing to the planet as of…yesterday. The alternative is an ever-growing number of disasters. Especially considering that aid agencies, like Action For Humanity, are on the verge of being too overstretched to provide the humanitarian aid needed to face them all.

At last year’s Cop26, donors fell short of their $100BN target, and whilst we saw progress on other commitments, many were disappointed with the overall outcomes. The funding and resources are simply not available or sufficient for the international aid community as it stands, or indeed for climate activists who are putting in the urgent work to respond to new disasters emerging across the Global South.

Has repressive Egypt been intentionally selected for Cop27?

As the global climate change death toll grows, governments must use every diplomatic effort at Cop27 to ensure countries close the gap between existing determined contributions per country, as set out by the Glasgow Agreement, and what is needed to keep the goal of limiting global temperature rise to 1.5°C. Every state must take on its fair share.

With climate change causing death and destruction, ongoing crises like those in Syria, the Occupied Palestinian Territories and Ukraine, the global cost of living crisis squeezing every household, the progress made towards the Sustainable Development Goals risks being lost. The prospect of the situation regressing to when they were set in 2015 should also, sadly, not be discounted.

Climate change is a planetary-scale threat and as such, it requires planetary-scale reforms that should be led by governments globally. Ultimately, reducing individual carbon footprints or donating money to a charity can only take you so far.

There really is no other way to put it: the failure to act, in a way that will truly have a drastic impact, kills both the planet and the people on it.

Jessica Adams is Head of Communications and Marketing for Action For Humanity, the parent charity of Syria Relief. Jessica began her career in the humanitarian aid sector in 2013. Jessica is a passionate advocate for the rights of women and children, especially during times of humanitarian emergency.