Labour's failure to tackle racism could cost them long-term

The British Labour Party's inability to address long-standing issues of systemic racism could hinder their political success if it continues to take black voters for granted, writes Richard Sudan. 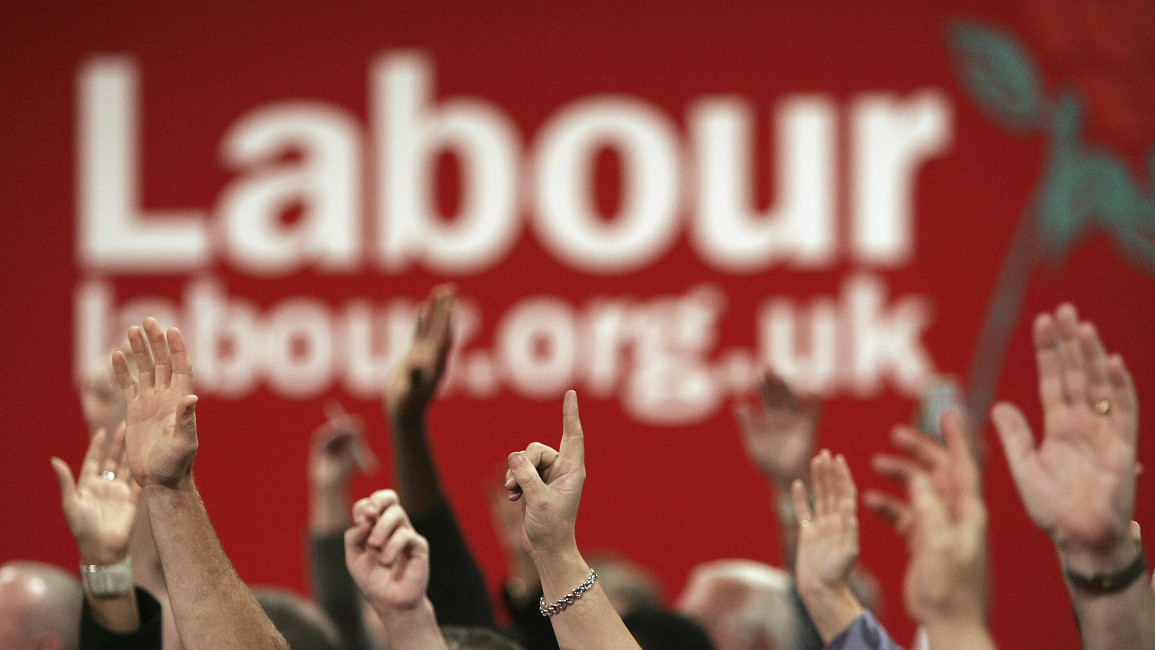 Party members raise their hand to vote during debates at the Labour Party conference on 28 September 2005 in Brighton, England. [Getty]

The Labour Party has a problem with racism, both in terms of how Labour staff members are treated and the fact that increasingly, black and progressive candidates are being blocked from standing for office.

It’s not that the party only has a problem with anti-black racism - but this is one of the major issues that came to light when the findings of the Forde report were eventually made public.

Recently at The Voice, Britain’s only black national newspaper, we dug a little deeper into the systemic problems within Labour, which were initially un-earthed in Al Jazeera’s Labour Files.

What’s sadly become clear is that not only does the party have a problem with racism, but sadly, under the leadership of Keir Starmer, there seems to be no desire to tackle the problem. Recent allegations of internal racism have been met with silence by Labour’s central command.

"But if younger generations of black communities continue to view their vote as being taken for granted, put simply, Labour’s honeymoon with black voters will not last forever"

Anger and frustration in the black community voiced by progressives at the fact that black and anti-racism candidates like Maurice Mcleod have been barred from making the case to local members as to why they should stand for parliament – and with no good reason - has also fallen on deaf ears.

In the same period that Mcleod was blocked, it was announced by Labour that Darren Rodwell is confirmed as the parliamentary candidate in Barking, despite being accused of making racist caricatures about black people at a Black History Month event of all venues, only to be swiftly cleared by Labour before being greenlighted for a run at parliament.

People are angry, and many are coming to the conclusion that Labour doesn’t care about its black staff or take accusations of racism seriously, and is taking black votes for granted.

Labour has been the traditional home for black voters for decades. Now that the party is riding high in the polls, their lack of actions in addressing issues of racism clearly suggests that they think black voters will turn up in large numbers to vote for them at the next election as usual, despite systemic problems of racism within the party.

And they may well be right. But if younger generations of black communities continue to view their vote as being taken for granted, put simply, Labour’s honeymoon with black voters will not last forever.

The Forde Report into the Labour party reveals the disturbing levels of structural racism, sexism and factionalism, and highlights how antisemitism was weaponised against Jeremy Corbyn in order to undermine his leadership, @pmpoc writes https://t.co/6ikUjNpnMg

The Labour leadership’s cavalier attitude towards black staff, voters and members, while ignoring racism is morally irresponsible, particularly for a party which has always claimed to be the natural home for anti-racists.

In its thirst for power, the Labour party leadership seems intent to focus much of its energy on winning over Red Wall voters, former Labour voters which flocked to the Tories at the last election largely because they supported Brexit. Labour is focusing its energy on those seats, which it believes will once more be up for grabs at the next general election.

Apparently, in Keir Starmer’s mind, re-winning those voters, known as “hero voters”, is key to winning the general election, which could be on the cards for next year.

If the party’s priority is now on Red Wall hero voters, where does that leave black and minority voters? To many people, the answer is: irrelevant, particularly under Keir Starmer’s leadership. And, that crowd, sadly, is growing.

Starmer should remember, however, that Black, Asian and Minority Ethnic, or BAME, voters still have the power to decide the electoral outcome.

There exist a number of parliamentary seats in parliament with thin majorities. Many of those marginal seats have high populations of BAME communities. Therefore, if mobilised, black and non-white communities could tip the balance of power and decide who get the keys to Number 10.

For all of the criticisms of Labour under Corbyn, there are millions of people who viewed the party under his leadership as having a clear anti-racist stance, based on his track record and proposed policies. That’s one of the reasons the party membership swelled to huge numbers under his tenure. Eradicating racism matters to voters, many of them young people.

For many, the coronation of Keir Starmer to the Labour crown does not simply represent a shift to the centre following the Corbyn years. Given Starmer’s reluctance to deal with racism, failure to back the trade union movement which is once again finding its identity, those he has surrounded himself with and the purge of progressives from the party, many simply view Starmer as representing a blunt return to Blairite politics.

"If Labour wants a strong platform going into the election, serious concerns about an endemic culture of racism within the party simply must be tackled"

It says something that despite pushing policies which are and will continue to damage BAME and working class communities, the Conservative party have still managed to outflank Labour in terms of cabinet diversity.

If Labour wants a strong platform going into the election, serious concerns about an endemic culture of racism within the party simply must be tackled. There can be no more side-lining of those who desire to drive race equality initiatives.

And, if the Labour party is serious about tackling racism, it should not sit on its hands and take weeks to fill key posts as was the case with its recent and eventual announcement about a long awaited race equality role, which just so happened to be filled by Labour the day after a report questioned the remaining vacancy.

Labour claim to be an anti-racist party, but for many trust has and continues to erode. It’s up to the party to now repair the damage and to regain the confidence of many in black communities if they care about securing their votes, particularly in this critical period of economic uncertainty and a deepening cost of living crisis impacting so many.

Iranian women are the heroes of their own stories