How to handle heat waves in 2022: A call for system change

How to handle heat waves in 2022: A call for system change
In Brief
6 min read

Amid extreme temperatures across the globe, Shabana Mir offers her insights and advice on how to cope with rising temperatures, and how to dismantle the system that created a climate catastrophe. 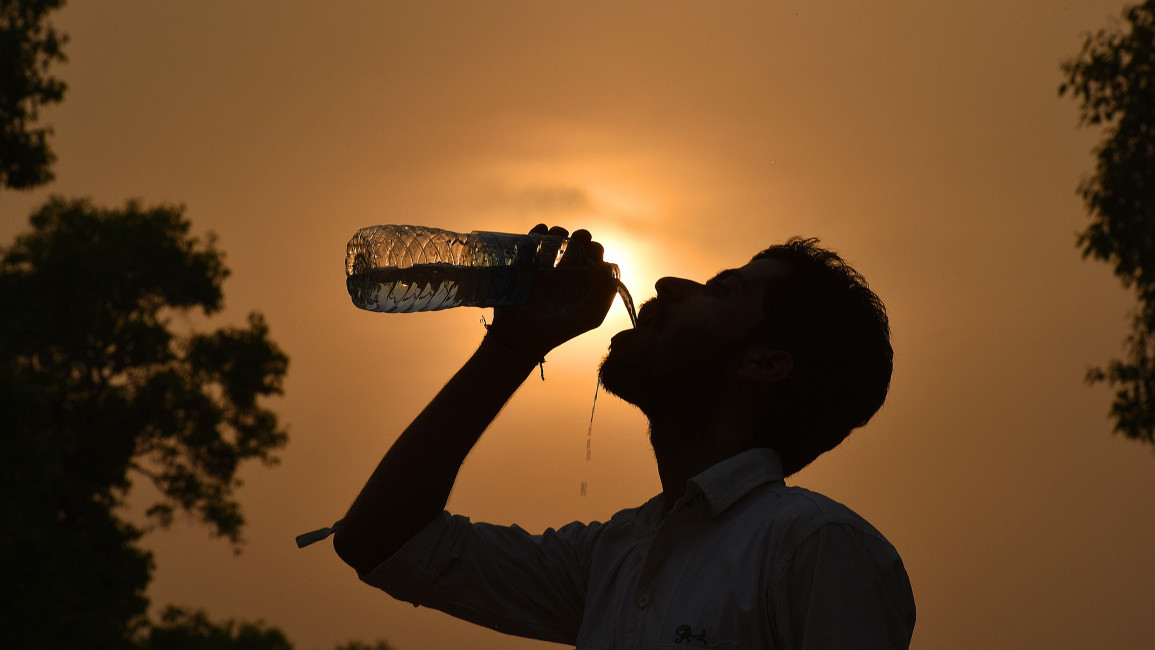 A man drinks water from the water bottle during a heat wave in Northern India with the maximum temperatures five degrees above the normal, on April 3, 2016 in New Delhi, India. [Getty]

As people all over the world are suffering major climate events these past few weeks, I have some thoughts on how to deal with climate change induced record-breaking high temperatures and flooding:

"We must demand that the wealthiest of the world pay a luxury tax on carbon emissions. They cause the worst of climate change and should pay for cleanup"

GCC states have hurried to implement preventative climate measures as the frequency of sandstorms continues to rise. With the issue set to remain, the need for a regional action plan to mitigate its economic effects is needed now more than ever https://t.co/iBMboOFfXg

"All of our tricks to make our lives easier exacerbate the climate crisis. Vacationing in Hawaii? That means flying. More air conditioning? More greenhouse gases. There are no two ways about it. Attacking the symptoms alone is not an option"

It seemed that I ought to offer tips that individuals could use to cool themselves: cold showers, wet towels, that kind of thing. Those are essential, of course. But no matter how many cold showers we take, those greenhouse gases are pumping out, that temperature is still rising, and those thousand year floods have killed people and animals.

All of our tricks to make our lives easier exacerbate the climate crisis. Vacationing in Hawaii? That means flying. More air conditioning? More greenhouse gases. There are no two ways about it. Attacking the symptoms alone is not an option.

This World Earth Day, we cannot afford to despair

Governments and corporations cheerily invite us to embrace small changes – recycling boxes and using our own grocery bags – that “make a difference.” We become so engrossed in the moral theatre of these minor changes that the tremendous crimes against the planet go unobserved. We congratulate ourselves on using paper bags for our groceries, because the scale of climate crime by governments and corporations is too great for most of us to appreciate.

While environmentalists eschewed system change, adopted incrementalism, and begged for small changes, right-wing fascists attacked the system. In the words of George Monbiot, “While we persuaded ourselves that there is no time for system change, they proved us wrong by changing everything.”

The burden of stopping climate change and preventing further harm is on governments and power elites: system change is the only way, and there is no time for theatre.