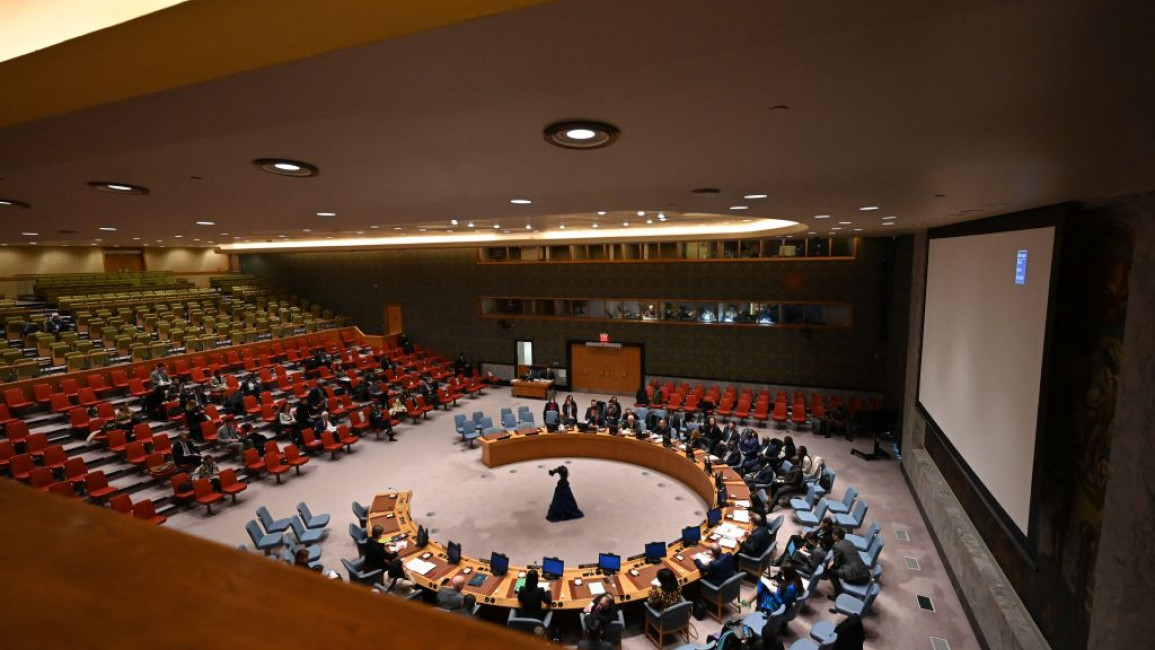 The UN Security Council will meet on Thursday to discuss the controversial storming of occupied East Jerusalem's Al-Aqsa Mosque compound by far-right Israeli minister Itamar Ben-Gvir that has enraged Palestinians.

The 15-member council will convene at 3:00pm (2000 GMT) at the United Nations headquarters in New York following a request by the United Arab Emirates and China.

There have been fears Tuesday's storming of the Al-Aqsa compound by Ben-Gvir, Israel's new national security minister, could lead to an escalation.

The Palestinian foreign ministry called Ben-Gvir's attendance at the site a "serious threat", while countries including Qatar, Saudi Arabia, Turkey and the UAE also slammed the move.

Al-Aqsa Mosque lies in East Jerusalem, which Israel illegally annexed in 1980. It is the third-holiest site in Islam and the most-scared Muslim place in Palestine.

Jews refer to the compound as the Temple Mount and consider it their holiest site, though a significant proportion – particularly from the ultra-Orthodox community – believe praying there violates religious law.

Under a longstanding status quo, non-Muslims can visit the site at specific times but are not allowed to pray there.

In recent years, a growing number of Jews, most of them Israeli nationalists, have covertly prayed at the compound, a development decried by Palestinians.

"The Kingdom of Morocco, whose monarch chairs the Jerusalem Committee, calls for preserving the legal and historical status quo in the city of Jerusalem and Al-Aqsa Mosque"https://t.co/RKdUphgsKW

Ben-Gvir's Tuesday attendance at Al-Aqsa was criticised by the United States, a longstanding ally of Israel.

Stephane Dujarric, a spokesman for UN chief António Guterres, reiterated on Wednesday that the Secretary-General "calls on all to refrain from steps that could escalate tensions in and around Jerusalem".

The UN Security Council has adopted several resolutions on the Israel-Palestine conflict over the years and supports the two-state solution.