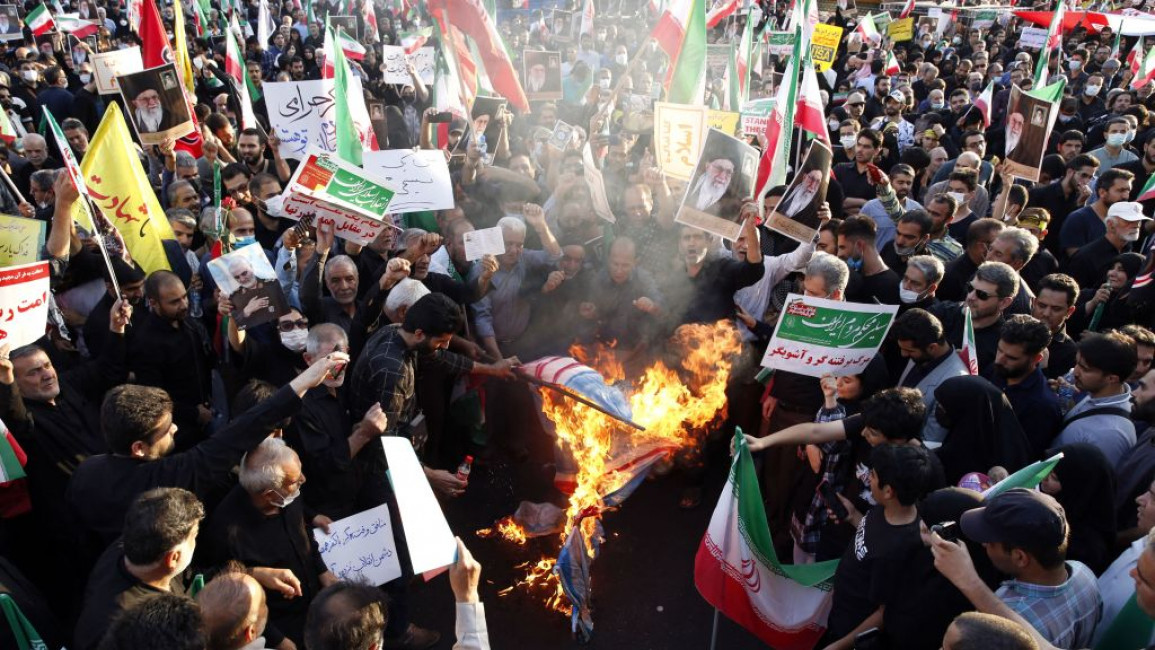 The United States will next week put the United Nations spotlight on protests in Iran sparked by the death of a young woman in police custody and look for ways to promote credible, independent investigations into Iranian human rights abuses.

The United States and Albania will hold an informal UN Security Council gathering on Wednesday, according to a note outlining the event, seen by Reuters. Iranian Nobel Peace Prize laureate Shirin Ebadi and Iranian-born actress and activist Nazanin Boniadi are set to brief.

"The meeting will highlight the ongoing repression of women and girls and members of religious and ethnic minority groups in Iran," the note said. "It will identify opportunities to promote credible, independent investigations into the Iranian government's human rights violations and abuses."

Independent UN investigator on human rights in Iran, Javaid Rehman, is also due to address the meeting, which can be attended by other UN member states and rights groups.

Iran has been gripped by protests since the death of 22-year-old Kurdish woman Mahsa Amini in police custody last month. The unrest has turned into a popular revolt by Iranians from all layers of society, posing one of the boldest challenges to the clerical leadership since the 1979 revolution.

Iran has blamed its foreign enemies and their agents for the unrest.

Iran's mission to the United Nations in New York accused the United States and it allies of abusing their platform "to further their political agenda."

What does the United States want in Syria?

"Given its hypocrisy, use of a double standard, and selective application of human rights, we find the US's claims to support Iranian women to be deceptive and lacking in good faith," it said.

Rights groups have said at least 250 protesters have been killed and thousands arrested across the country. Women have played a prominent part in the protests, removing and burning veils. The deaths of several teenage girls reportedly killed during protests have fuelled more anger.

"The meeting will underscore ongoing unlawful use of force against protesters and the Iranian regime's pursuit of human rights defenders and dissidents abroad to abduct or assassinate them in contravention of international law," read the note about the planned meeting.

UN spokesman Stephane Dujarric on Friday urged the Iranian authorities to address the "legitimate grievances of the population, including with respect to women's rights."

"We condemn all incidents that have resulted in death or serious injury to protestors and reiterate that security forces must avoid all unnecessary or disproportionate use of force against peaceful protestors," Dujarric told reporters. "Those responsible must be held to account."