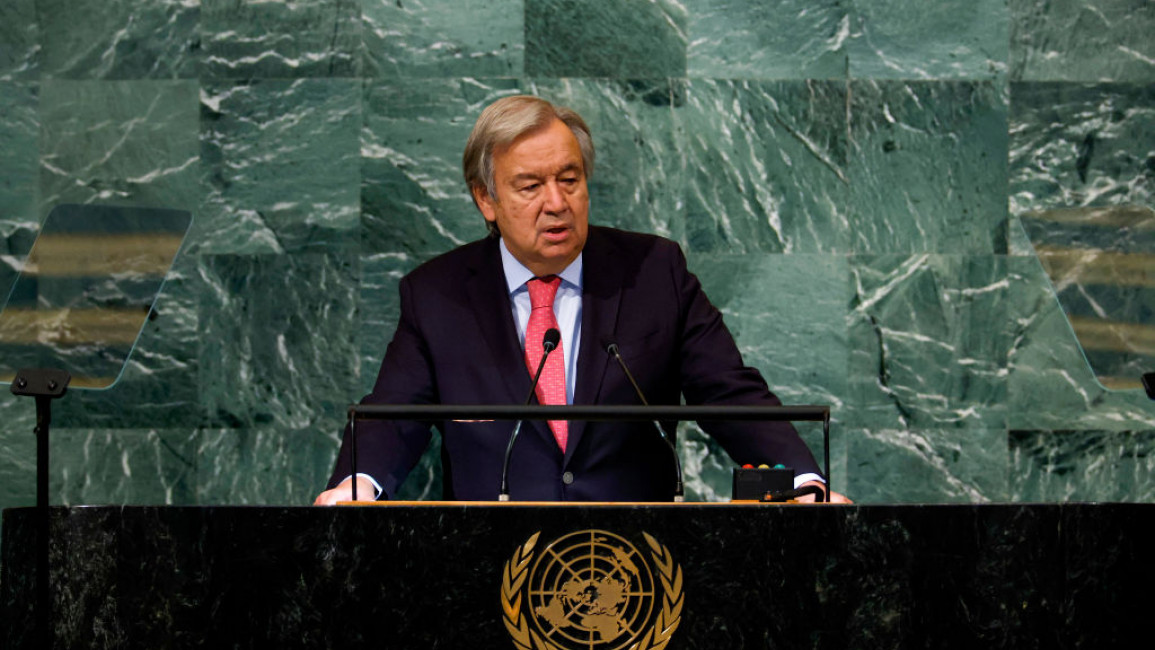 The low-intensity conflict in Western Sahara has pitted Morocco against the Sahrawi independence fighters of the Polisario Front, supported by Algeria, for more than 40 years.

King Mohammed on Wednesday reaffirmed Morocco's position that the regional dispute should be settled "within the framework of sovereignty and territorial integrity of the kingdom", according to a royal statement.

The UN confirmed that Guterres and the monarch had discussed "the situation in the region and, in particular, in Western Sahara" on the sidelines of the United Nations Alliance of Civilizations held in the Moroccan city of Fez.

The kingdom sees the Western Sahara as its own "southern provinces", a region it controlled before colonial Spain seized it.

The Polisario Front is calling for a referendum on self-determination, which had been planned when a ceasefire was signed in 1991 but never implemented.

That ceasefire was shattered in November 2020.

In late October, the UN Security Council called on both sides to resume negotiations to allow for a "lasting and mutually acceptable" solution.

"[Algeria] believes in the power of truth and steadfastness on principles for just causes, such as the Palestinian cause and the cause of the people of Western Sahara,"https://t.co/a5vXmTox1s

Mistura has since made several trips to the region, but in his recently published annual report Guterres said he was "deeply concerned about the evolution of the situation".

Mohammed VI reiterated on Wednesday "the support of the kingdom to the efforts of the Secretary-General and his personal envoy," the royal office said.