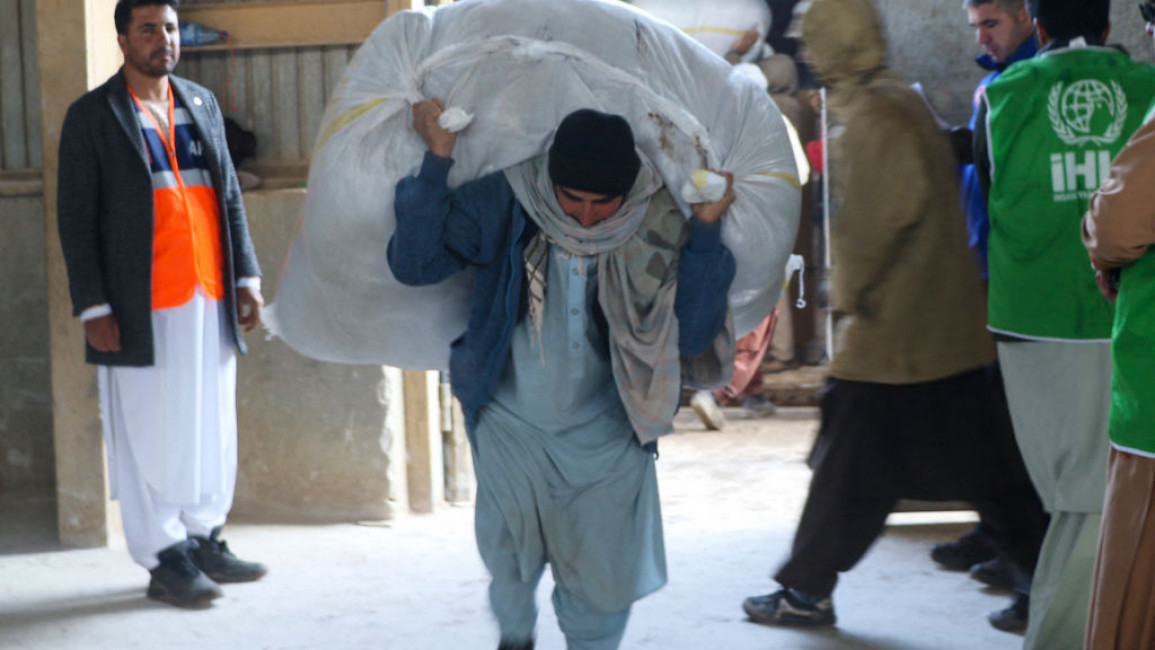 The UN humanitarian chief and leaders of two major international aid organisations are in Afghanistan following last week’s visit by a delegation led by the UN's highest-ranking woman with the same aim – reversing the Taliban's crackdown on women and girls including its ban on Afghan women working for national and global humanitarian organisations.

UN spokesman Stéphane Dujarric said Undersecretary-General for Humanitarian Affairs Martin Griffiths was in the Afghan capital on Monday along with Janti Soeripto, CEO of Save The Children US, and Sofia Sprechmann Sineiro, the secretary general of Care International as well as Omar Abdi, the deputy executive director of UNICEF, the UN children's agency.

Dujarric said last month's Taliban ban on Afghan women working for non-governmental organisations has put some aid programmes on hold and is "sowing fears that the already dire humanitarian situation in Afghanistan will get even worse".

Some 28 million Afghans are in need of food, medicine and other humanitarian aid, "a 350% hike in just five years", according to the latest report released on Monday on the Humanitarian Needs Overview for Afghanistan, Dujarric said.

"The key thing is to reconcile the [Taliban] officials that they've met who've been more helpful with those who have not," Haq said.

Mohammed, a former Nigerian Cabinet minister and a Muslim who is the UN's highest-ranking woman, was joined on the trip by Sima Bahous, executive director of UN Women which promotes gender equality and women's rights, and Assistant Secretary-General for political affairs Khaled Khiari.

The UN team met with the Taliban in the capital of Kabul and the southern city of Kandahar, but the UN did not release the names of any of the Taliban officials.

The meetings focused on the restrictive measures the Taliban have imposed on women and girls since they took power in August 2021, during the final weeks of the US and NATO forces' pullout after 20 years of war.

Griffiths is expected to focus especially on reversing the December ban on Afghan women working for NGOs.

The UN has stressed that Afghan women are crucial to delivering humanitarian help to civilians, the majority of them women and children.