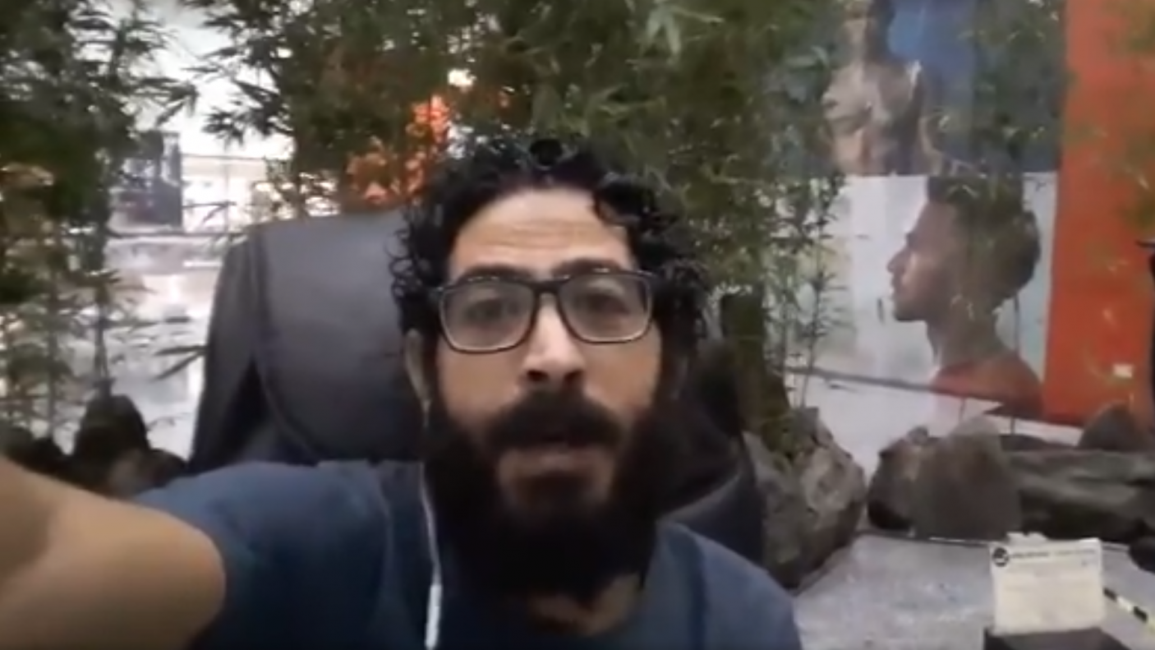 Renowned stateless Syrian refugee Hassan Al-Kontar became a Canadian citizen on Wednesday, in the aftermath of a months-long ordeal at a Malaysian airport.

Al-Kontar's viral social media posts documenting his experience at Kuala Lumpur Terminal 2 Airport, during the seven months he was stranded there in 2018 due to visa issues, led to Canadian volunteers stepping in to sponsor him.

During that time, he experienced extreme stress and sorrow.

"Today is kind of a declaration of winning after all these years. Today I am stateless no more," he told Al Jazeera.

Al-Kontar took to Twitter to celebrate his citizenship, posting a selfie of himself surrounded by Canadian-themed items including maple leaves and the national flag.

"This is a day that cost me a father, a destroyed homeland, prison, persecution, tears, blood, & fifteen years of being away from my loved ones. Wishing the same for every oppressed freedom fighter," he wrote.

"Wishing the same for every refugee in refugee camps. Today is a day like no other."

The 41-year-old worked as a marketing insurance manager in the UAE for several years before he was forced to leave in 2017 after he was unable to renew his Emirati visa. He feared being conscripted into the Syrian regime military if he returned home.

Al-Kontar also was afraid of imprisonment under the Assad regime, which has jailed tens of thousands of perceived political opponents.

This left him with no choice but to try to enter a country granting Syrians visas on arrival, with Malaysia one of those on the list.

In Denmark, Syrian refugees are stuck with war criminals

Al-Kontar stayed in Malaysia until his tourist visa expired, before attempting to enter Cambodia, where authorities confiscated his passport and sent him back to Malaysia, rendering him stateless.

At the airport, Al-Kontar relied on food and coffee from airline and airport employees and showered in the terminal's disabled toilets.

The Syrian took to social media to chronicle his life at the airport, winning widespread sympathy, before moving to Canada in 2018 after a local organisation helped him obtain a visa.

In the western Candian province of British Columbia, Al-Kontar has worked with the country’s Red Cross branch, as well as helping with Covid relief efforts.

Al-Kontar’s story highlighted the few options available to Syrians wishing to leave their country legally, amidst a mass exodus after the regime killed and jailed opponents in 2011.

The war, which began as a peaceful uprising against the Assad regime, has resulted in millions of Syrians displayed and approximately 7 million refugees worldwide following a brutal crackdown by the regime.

More than 500,000 Syrians have also been killed in the war, according to human rights groups, mostly civilians killed in regime bombardment of civilian areas.

Al-Kontar said he wishes to reunite with his family after more than 15 years, and eventually bring them to Canada.