In Denmark, Syrian refugees are stuck in camps with rapists and war criminals

“We live in a prison. Everything hurts,” 25-year-old Syrian Einas Mustafa wrote to The New Arab from inside the Kærshovedgaard deportation camp.

A Danish resident since 2019, Einas, who studied to become a fashion designer in Damascus, had her residence permit revoked on June 30 and was subsequently sent to the camp.

Like her, more than a hundred Syrians have been told to leave Denmark since March 2021, when the country declared that the Damascus area was safe.

As of August 2022, 137 Syrians had definitively lost their rights to remain in Denmark; many more fear it will happen soon.

"According to a May 2022 report from the Danish Immigration Service, Syrians returning to their home country are often victims of torture, sexual violence and even killings"

One of the three Danish so-called return camps, Kærshovedgaard is not technically a detention centre, despite being built on the site of an old prison and being operated by the country’s prison system.

Also in spite of warding, among its roughly 250 residents, a number of criminals have been convicted of murder, rape and even war crimes.

Eva Singer, the director of the division of asylum and refugee rights of the Danish Refugee Council (DRC), explains that there are three categories of people with a criminal record inside the camp: those who have already served their sentences, those who committed their crimes in other countries and can’t be judged in Denmark, and those whose only crimes were failing to follow deportation rules, such as being back to the camp by 10 pm.

According to Singer, all of these people are kept together indiscriminately, which causes a myriad of problems, from mental health issues to drug abuse and violence.

Because they are more vulnerable, women are kept in a separate building – but they still have to frequent the same cafeteria as everyone else during meal times.

Inside the camp, residents cannot know who among them has committed a serious crime, which makes many fearful even though Singer said she has never heard of any concrete cases where people – particularly women – have been attacked.

Kærshovedgård is located in an isolated part of the Jutland Peninsula. No public transport reaches the facility and the nearest village is at least eight kilometres away. The nearest bus stop is three kilometres away, estimated to take 45 minutes to walk.

That makes it really hard for mothers to visit their children in the only two nights every second month they are allowed to sleep outside of the camp. 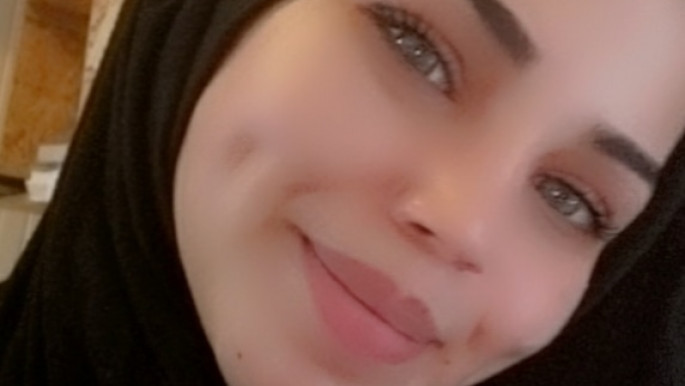 Translation: For the children, I came from Syria in 2019 and was refused residency on 30/6/22 and I now live in a deportation camp. There are a lot of people here, some of them smoke cannabis and other drugs and some of them are good people, those here are prisoners, for days, for a two and a half day break, but I don’t know what I should say to you because I am really exhausted and I don’t know what my fate is here. My dream was to get out of here and live with my family and live my life and complete my studies but I don’t know, everything I feel has gone. I have many stories, but I can’t write  them, maybe because writing won’t be able to express the pain we are living here, it’s not just me suffering everyone here is in pain, the mother split from her children, the young people far from family, girls unable to go outside because of how bad it is here. We fled war and we are living another war in this prison, war in all senses we are living it we have lost our children, our siblings, our homes, everything good is gone, you haven’t lived war, but we lived it, the best things are gone, we didn’t get out to live a second war in this prison

Anemone Samy, a Danish activist who has been working in deportation camps since they were inaugurated in 2016, told The New Arab that the reality in Kærshovedgård couldn’t be more different from the idyllic white buildings surrounded by forests, commonly pictured in Danish and international media.

In-depth
The New Arab (From the Arabic Edition)

“The actual gateway in and out of the place has a four-metre tall wall with sticks on top, and can only be accessed with a biometric key,” she says.

Erlend Hjortland Sandøy, the co-founder of the project Kærshovedgård Stories says he is always impressed by how quiet the camp is, in spite of its hundreds of residents.

“The place is depressing and we see people who are physically and mentally ill, who should clearly be in a care facility. Instead, they are in a deportation camp,” he said.

Activists interviewed told The New Arab that there is a growing number of elderly people being sent to Kærshovedgård.

Yet, because they are no longer allowed to live in Denmark, people in deportation camps are only granted health treatment by the Red Cross in urgent and extreme cases.

“It is a place where people feel miserable,” Singer says. “The government aims at pressuring people to leave the country, but it is counterproductive as hardly anybody is willing to consider leaving,” she adds.

According to a May 2022 report from the Danish Immigration Service, Syrians returning to their home country are often victims of torture, sexual violence and even killings.

While staying at Kærshovedgård is still a better option, there have been reports of veiled threats and oppression inside the camp.

According to Samy, residents she visits are told, in a joking tone, that they should be careful when talking to her, or they might get into trouble.

Meanwhile, in his many visits to Kærshovedgård as part of his project, Sandøy came across residents who were told by the authorities that they should lose all hopes of reopening their cases and that they would die before leaving the camp.

“We discuss how far Kærshovedgård can go before it formally becomes a detention centre,” DRC’s Eva Singer says.

Yet, so far, the discussions are merely theoretical, as no court has deemed the deportation camp illegal in terms of human rights.

But this doesn’t change the feelings of those inside it, as Einas Mustafa makes very clear.

“We [Syrians] didn’t leave the war to come and live another one now in this prison,” she says.

The fights going on in Kærshovedgård are especially egregious, as they are fought by people who committed no crimes.

Amanda Magnani and Ole Ellekrog are Brazilian and Danish journalists who cover migration and social issues. Their work has been published in Al Jazeera, National Geographic, Pellicle and Fagbladet Boligen.