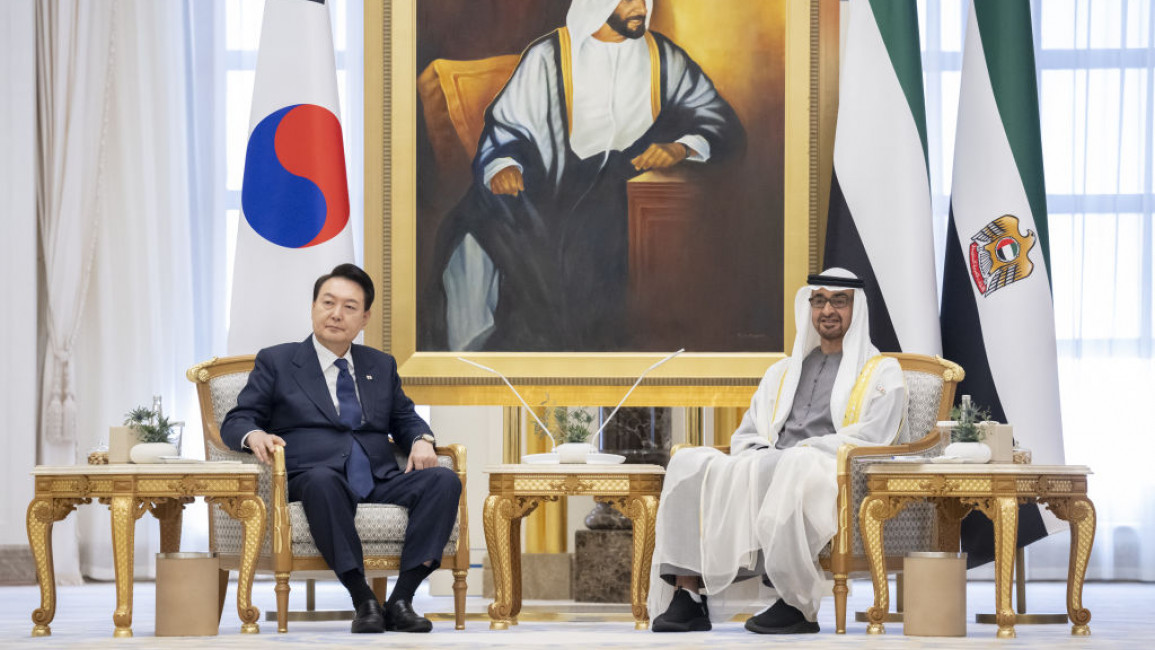 South Korean President Yoon Suk Yeol said on Monday that his nation's efforts to be carbon neutral by 2050 would rely in part on returning to nuclear power, even though his predecessor had tried to move away from atomic power.

Yoon's comments at a summit in the United Arab Emirates, made in front of the country's leader, Sheikh Mohammed bin Zayed Al Nahyan, served to underline Seoul's commitment to nuclear power as it works to finish the Arabian Peninsula's first atomic power plant.

That could see South Korea in line for lucrative maintenance contracts and future projects in the UAE, which Seoul has grown closer to over recent years.

"To achieve this goal, we are working to rapidly restore the nuclear power system, which supplies carbon-free electricity."

But the renewed global focus on climate change – and the surge in fossil fuel prices after the lockdowns of the coronavirus pandemic and Russia's war on Ukraine – has some reconsidering nuclear power.

The UAE also promises to be carbon neutral by 2050 – a target that remains difficult to assess and one that the Emirates still has not fully explained how it will reach.

The $20-billion Barakah nuclear power plant, Seoul's first attempt to build atomic reactors abroad, will one day account for nearly a quarter of all of the Emirates’ power needs.

France, also home to nuclear power plants and another Emirati business and military ally, has sought contracts here as well.

Already, Yoon's four-day trip the UAE has seen a promise from Sheikh Mohammed to invest some $30 billion in the country.

Heavyweight business leaders from Hyundai, Samsung and other companies also are taking part in the state visit.

During his trip, Yoon also visited South Korean special forces stationed in the United Arab Emirates, a murky deployment that grew out of Seoul's deal over the nuclear power plant. The Akh unit is comprised of some 150 troops.

"The UAE is our brother nation… This isn't a foreign country called the UAE – this right here, is your country," a hawkish Yoon told the gathered forces.

Both he and his wife, who accompanied him on the trip, wore desert fatigues.

"The security of our brother nation is our security. The enemy of the UAE, its most-threatening nation, is Iran, and our enemy is North Korea… We are in a very similar situation with the UAE," he said.

Yoon's comments comes as the Emiratis have been trying to hedge in its relationship with Iran, a major business partner.

The leaders of South Korea and Saudi Arabia agreed to boost ties in key sectors such as energy and defence.https://t.co/pnih8DUGZ3

The UAE also is home to around 3,500 American troops at Al-Dhafra Air Base, a naval outpost in Fujairah and other locations.

Already, the Emiratis have paid $3.5 billion for the Cheongung II, or "Heaven's Bow", surface-to-air missile system from South Korea to protect itself against aerial threats.

Emirati officials have grown increasingly concerned about protecting their airspace after being targeted in long-range drone attacks by Yemen's Iran-backed Houthi rebels – drones likely built by or with Tehran's help.

South Korea has found itself squeeze by the tensions over Iran's collapsed nuclear deal with world powers.

Billions of dollars in Iranian funds remain in Seoul, frozen by American sanctions.

Iran held a South Korean oil tanker for months in 2021 amid the dispute.

Yoon's wife, Kim Keon Hee, had a different question for the troops, however.

She asked if the soldiers had seen foxes in the Emirati desert.