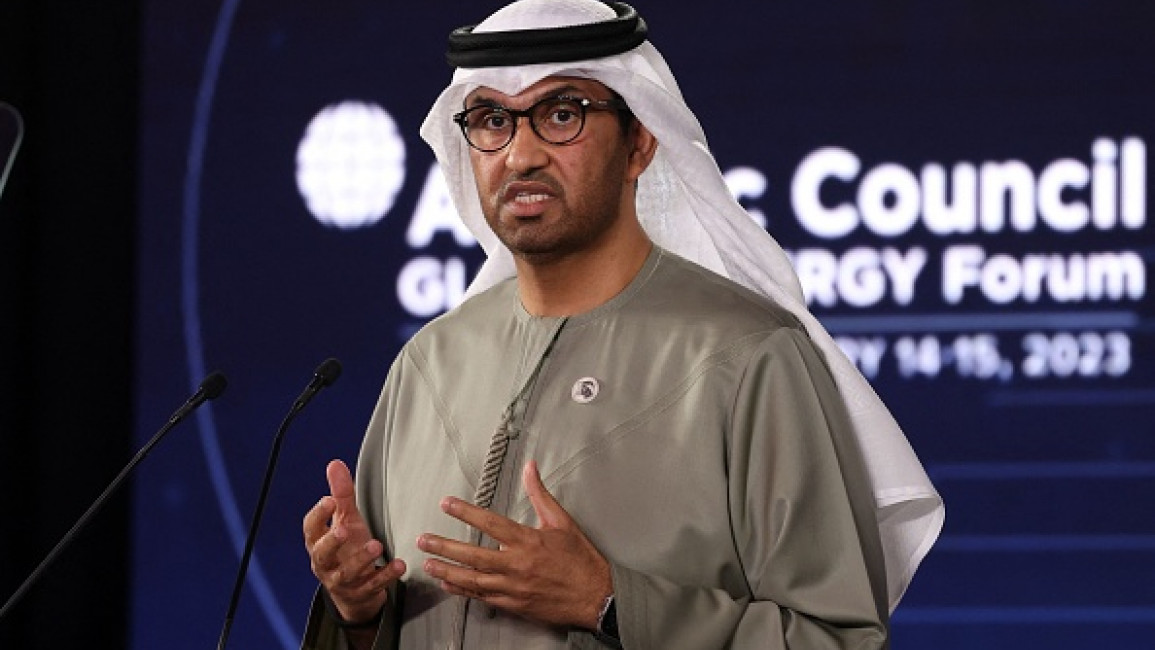 The president of this year's COP28 climate talks, who heads one of the world's biggest oil companies, on Saturday urged a focus on lower emissions, warning global energy needs were set to accelerate.

Sultan Al-Jaber, the United Arab Emirates' special envoy for climate change and CEO of the ADNOC oil giant, said less-polluting fossil fuels would remain part of the energy mix, along with renewables and other solutions.

"As long as the world still uses hydrocarbons, we must ensure they are the least carbon intensive possible," Al-Jaber told the Global Energy Forum in Abu Dhabi, two days after his unveiling as COP president.

"We're working with the energy industry on accelerating decarbonisation, reducing methane and expanding hydrogen. Let's keep our focus on holding back emissions, not progress".

Al-Jaber's nomination on Thursday prompted protests from climate activists concerned that a senior figure from the oil industry has little incentive to steer the world away from hydrocarbons.

The Gulf monarchy argues that oil remains indispensable to the global economy and is pushing the merits of carbon capture - removing carbon dioxide, the main greenhouse gas, as fuel is burned or from the air.

Al-Jaber said the UAE, which will host COP28 in Dubai in November and December, approached the task with "humility, a clear sense of responsibility and a great sense of urgency".

He said the world's population, currently eight billion, was on course to reach 9.7 billion by 2050 and would need "50 percent more energy than what is available today".

"We are way off track. The world is playing catch up when it comes to the key Paris goal of holding global temperatures down to 1.5 degrees (Celsius)," he said.

"And the harsh reality is that in order to achieve this goal, global emissions must fall 43 percent by 2030."

Al-Jaber said renewable energy needed to triple to 23 terawatt hours by 2030, while low-carbon hydrogen production had to double. He said agriculture produces one-third of global emissions and needed deep reform.

"We are at a turning point in history. Low carbon growth is the future, but we must get there much faster," he said.