Russians, Ukrainians met in UAE to discuss prisoner swap, ammonia, sources say
World
4 min read
The New Arab Staff & Agencies
Sources said the talks were being mediated by the UAE and did not include the UN despite the latter's central role in negotiating the ongoing initiative to export agricultural products from Ukraine's Black Sea ports. 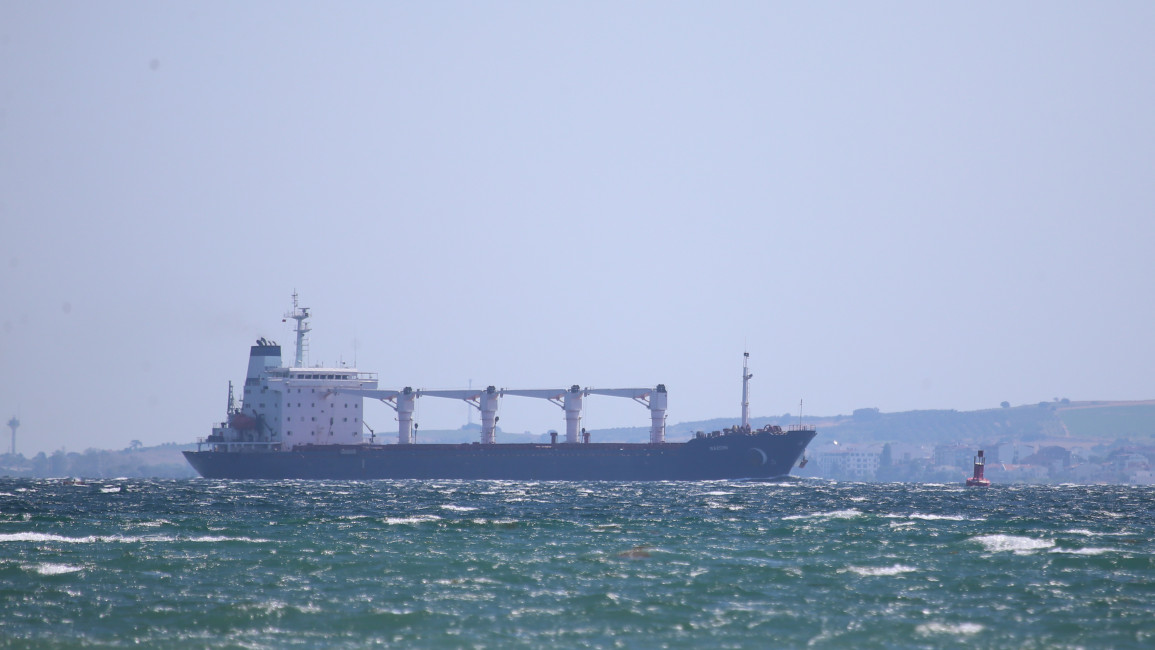 Representatives from Russia and Ukraine met in the United Arab Emirates last week to discuss the possibility of a prisoner-of-war swap that would be linked to a resumption of Russian ammonia exports, which go to Asia and Africa, via a Ukrainian pipeline, three sources with knowledge of the meeting said.

The sources said the talks were being mediated by the Gulf Arab state and did not include the United Nations despite the U.N.'s central role in negotiating the ongoing initiative to export agricultural products from three Ukrainian Black Sea ports. Ammonia is used to make fertiliser.

However the talks aim to remove remaining obstacles in the initiative extended last week and ease global food shortages by unblocking Ukrainian and Russian exports, they added.

The sources asked not to be named in order to freely discuss sensitive matters.

The Russian and Ukrainian representatives travelled to the UAE capital Abu Dhabi on November 17 where they discussed allowing Russia to resume ammonia exports in exchange for a prisoner swap that would release a large number of Ukrainian and Russian prisoners, the sources said.

Reuters could not immediately establish what progress was made at the talks.

The Ukrainian ambassador to Turkey, Vasyl Bodnar, told Reuters that "releasing our prisoners of war is part of negotiations over opening Russian ammonia exports," adding "Of course we look for ways to do that at any opportunity". Bodnar said he was unaware if a meeting took place in the UAE.

Putin said on Wednesday that Russian officials would work to unblock Russian fertilisers stuck in European ports and to resume ammonia exports.

The UAE's foreign ministry did not respond to Reuters' request for comment.

Lana Nusseibeh, UAE's Assistant Minister of Foreign Affairs and International Cooperation, said Abu Dhabi remains firmly committed to help keep channels of communication open, encourage dialogue and support diplomacy to end the war in Ukraine. "In times of conflict, our collective responsibility is to leave no stone unturned towards identifying and pursuing paths that bring about a peaceful and swift resolution of crises," Nusseibeh said in a statement carried by state news agency WAM.

Russia and Ukraine's defence and foreign ministries did not respond to Reuters' requests for comment.

Asked if the United Nations were involved in the talks, a spokesperson for the organisation declined to comment.

The export of Russian ammonia would be via an existing pipeline to the Black Sea.

The pipeline was designed to pump up to 2.5 million tonnes of ammonia gas per year from Russia's Volga region to Ukraine's Black Sea port of Pivdennyi, known as Yuzhny in Russian, near Odesa for onward shipment to international buyers. It was shut down after Russia sent its troops into Ukraine on February 24.

The export of ammonia was not part of the renewal of the U.N.-backed grains corridor deal that restored commercial shipping from Ukraine.

Last week, Rebeca Grynspan, Secretary-General of U.N. agency UNCTAD, who leads the negotiations on fertiliser, said she was optimistic Russia and Ukraine could agree to the terms for the export of Russian ammonia via the pipeline, without giving details.

Ukraine's President Volodymyr Zelenskiy has publicly set several conditions before allowing Russia to resume its ammonia exports via the pipeline, including a prisoner swap and reopening of Mykolaiv port in the Black Sea.

Neither Russia nor Ukraine have released official figures on how many prisoners of war they have taken since Russia invaded in February. On October 29, Ukrainian President Volodymr Zelenskiy said that since March, Russia had freed a total of 1,031 prisoners.

Russia and Ukraine have disclosed few details about direct meetings between representatives from the two countries following the abandonment of ceasefire talks in the first few weeks following Moscow’s invasion on February 24.

Abu Dhabi's efforts follow in the footsteps of Saudi Arabia, which scored a diplomatic win by securing freedom for foreign fighters captured in Ukraine in September.

The UAE, like Saudi Arabia, is a member of the OPEC+ oil alliance that includes Russia and has also maintained good ties with Moscow despite Western pressure to help isolate Russia over the invasion of Ukraine, which Moscow calls its "special military operation".

Ukraine is a major producer of grains and oilseeds. Russia is the world's largest wheat exporter and a major supplier of fertilisers to global markets.

Since July, Moscow has repeatedly said its shipments of grain and fertilisers, though not directly targeted by sanctions, are constrained because sanctions make it harder for exporters to process payments or to obtain vessels and insurance.