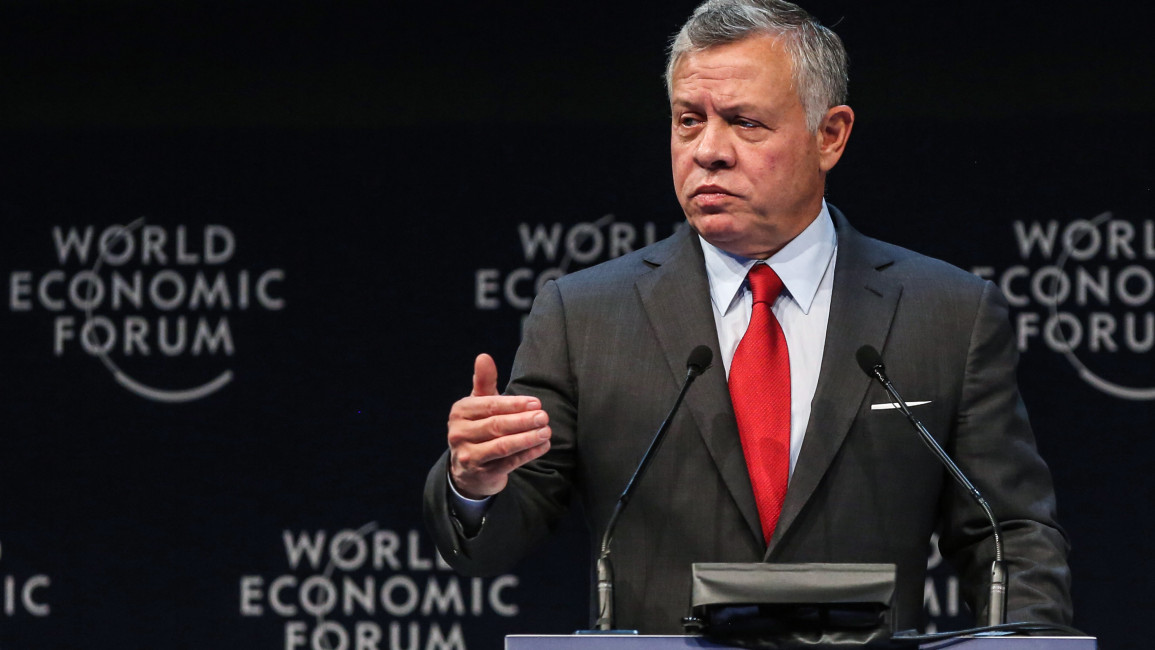 A new report from Oxfam on global inequality has pointed to tax evasion by Jordan's wealthiest citizens in the UAE, as CEOs and politicians prepared to mingle at the World Economic Forum in Davos, Switzerland.

The report - released Monday, the opening day of the forum - said the world's richest people must be taxed more in order to tackle global economic inequality. Oxfam also asked governments to do more to stop tax evasion.

"A recent leak of property records from the tax haven of Dubai showed that 5,555 rich Jordanians own more than 13,000 properties there, worth a total of over $5 billion," read the report, entitled 'Survival of the Richest'.

"This is more than four times the Jordanian government's annual education budget."

Discontent has simmered among Jordanians over economic hardship, austerity measures, and high youth unemployment, as well as a lack of progress on promised political reforms.

Opposition politicians say King Abdullah II has not done enough to tackle corruption in state agencies, where nepotism and poor governance has shaken popular confidence in the ruling elite.

While resentment over stalled reforms and high living costs rose, a major journalistic investigation in 2021 found that the Jordanian monarch had created a network of offshore companies to build a $100 million overseas property empire. Jordan's royal court denied any wrongdoing.

A study by BBC News Arabic last year found that more than half of Jordanians were considering leaving the country, with economic worries a driving factor.

Protests over high fuel prices that took place at the end of last year were met with a crackdown by security forces.

The Oxfam report also said that three of the most common havens for superyachts were located in the Gulf region - Oman, Saudi Arabia and the UAE.

All three countries are or have previously been notorious for allowing the world's most wealthy to avoid taxes.

The Oxfam report said that since 2020, the richest 1 percent have obtained almost two-thirds of all new wealth – nearly twice as much money as the bottom 99 percent of the world's population.

It said that a tax of up to 5 percent on the world’s multi-millionaires and billionaires could raise $1.7 trillion a year, enough to lift 2 billion people out of poverty.