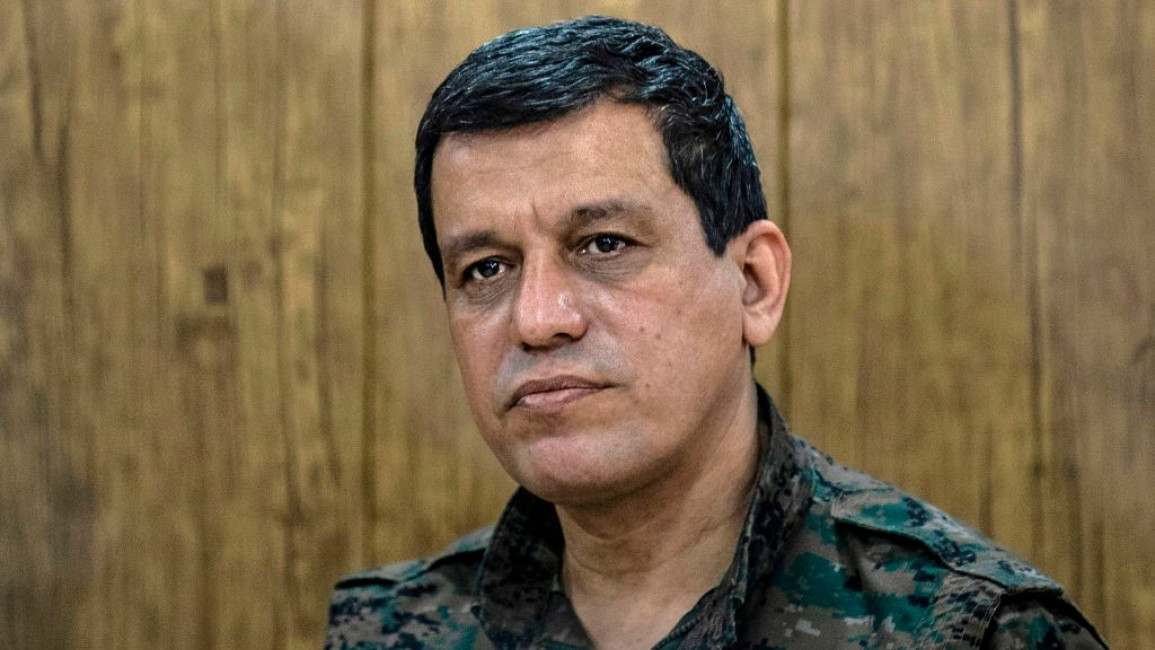 The commander of the Kurdish-led Syrian Democratic Forces (SDF), Mazloum Abdi, said during a press conference on Tuesday that up to a million people could be displaced by a Turkish invasion of northeast Syria.

Turkish President Recep Tayyip Erdogan has said that a ground operation in both countries is imminent.

"This operation, if it starts, more than one million people are living in the area Turks are planning to target. All these people will be IDPs. This will bring a humanitarian disaster with it," Abdi said to reporters on Tuesday.

The bombing campaign came in response to a bombing in Taksim Square in Istanbul on 13 November, which killed at least six and wounded 81. Turkey has said the Kurdistan Workers' Party (PKK), linked to the SDF, was behind the attack – though the group denied any responsibility.

Abdi also added that the group's operations against the so-called Islamic State (IS) "have been paused" because of the recent Turkish air strikes.

Turkish bombing has targeted military and civilian infrastructure alike and has killed at least 15 SDF fighters, according to the group. Two Turkish civilians were killed and ten injured by rockets fired into Turkey from Syria, with the SDF suspected to be the perpetrator of the strike.

The Kurdish commander said that he expects the Turkish invasion to be "much wider" than any before it, but that the SDF is "ready to repel the operation."

Turkey has invaded northern Syria three times before, targeting the SDF and their various affiliates.

Turkey views the SDF as the Syrian offshoot of the PKK and as a consistent security threat on its southern border.

The SDF is backed by the US and was the ground force which routed the so-called Islamic State (IS) from Syria in 2019. It also presides over detention camps and prisons which hold tens of thousands of suspected IS fighters.

Abdi warned that Turkish air strikes could allow some members of IS to escape from these camps.

In the past, the US has exerted diplomatic pressure on Turkey to rebuff threats of ground assaults on its partners in northeast Syria.

Turkey currently holds leverage, however, as the gatekeeper to Sweden and Finland's accession to NATO and its pivotal diplomatic role in the Russia-Ukraine conflict.

The US senior representative to northeastern Syria, Nikolas Granger, said that Washington "strongly opposes military action" and that it wants "immediate de-escalation."

"We do not need to get permission from anyone while taking steps concerning the security of our homeland and our people," Erdogan said on 28 November.

He also denounced the "hypocrisy of those who support registered terrorist groups with naming-change games," presumably referring to the US and its support for the SDF.