Lebanese MPs announce parliament 'sleep in' over presidential vacuum
MENA
3 min read
The New Arab Staff
Lebanese MPs have decided to sleep in parliament to protest the failure of rival parties to elect a new president. 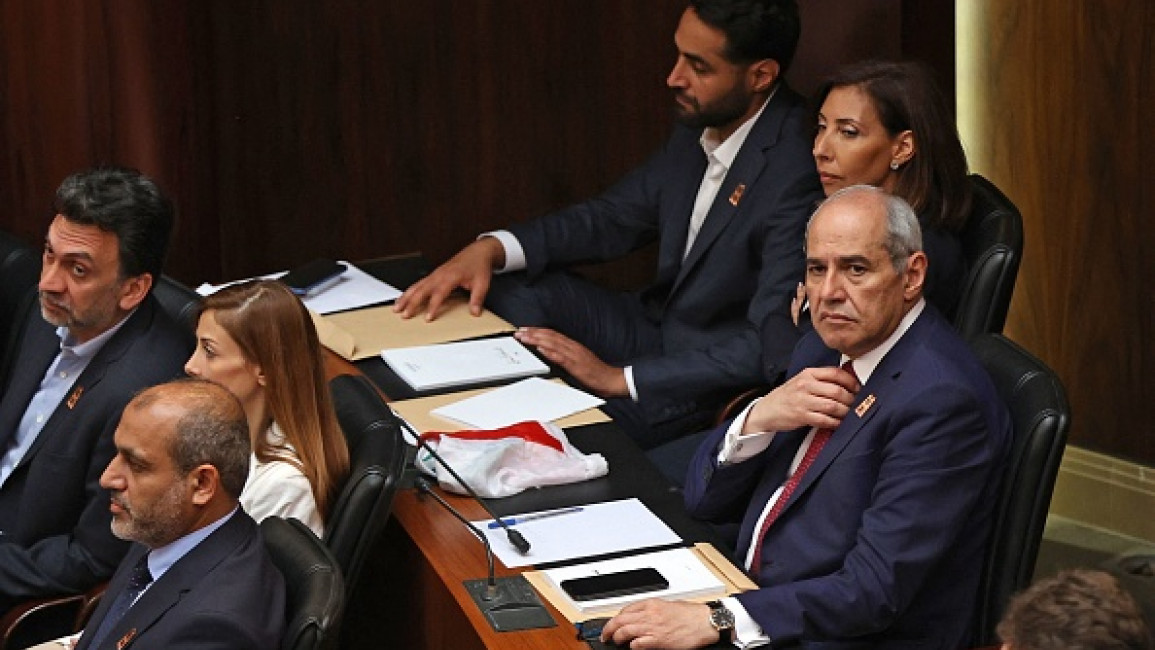 Two Lebanese lawmakers held an overnight sit in at the parliament building on Thursday to protest the continued failure by MPs to elect a new president.

Melhem Khalaf and Najat Saliba - two of more than a dozen independent and reformist MPs who won in the May 2022 elections - spent the night in parliament, situated in downtown Beirut's Nejmeh Square.

They were visited by fellow lawmakers, using phone lights and candles to guide themselves around the building after the power was switched off.

Their announcement of the sit in on Thursday came after lawmakers failed for an 11th time to elect a new president.

The country has been without a head of state since Michel Aoun’s term ended on 31 October due to deep political divisions between the country's political factions.

"The sun is shining on us today through the [general] assembly’s sunroof. We believe it’s a new day, new hope," said Saliba.

Initial reports said their protest would last until next Thursday when a new session is scheduled to elect a president, however, reports on Friday stated that Parliamentary Speaker Nabih Berri will not call for MPs to gather.

MP Paula Yaacoubian told reporters on Friday that she and other opposition lawmakers will take turns for round-the-clock "sleep-ins" at the parliament.

During a press conference on Thursday, Saliba, a university professor and environmentalist, said it was crucial that a new president was elected to bring some normality back to Lebanon's political institutions.

The political deadlock comes amid an ongoing economic crisis that has plunged millions of Lebanese into poverty.

Khalaf also slammed Lebanon's parties and their leaders for the lack of consensus in electing a new president, leading to a dysfunctional government that is unable to tackle Lebanon's economic woes.

The sit in drew mixed reactions from the public, with some applauding the MPs for the move and others accusing them of pulling a PR stunt.

The reformist MPs have come under fire in recent months from journalists and social media users, saying they "haven't done enough" during the crisis.

Divisions among the reformist MPs also became apparent soon after the May polls, with differences appearing over political, economic, and social issues in the country.

The lawmakers have defended themselves by saying their hands are tied in a system with deep-rooted power bases.

Amid the presidential vacuum, there has also been no permanent government in place since the May elections, when caretaker premier Najib Mikati was unable to put together a new cabinet that would be approved by the then-president Aoun.

This has further strained ties between rival political factions. While some say cabinet sessions during a presidential vacuum are unconstitutional, others argue that is it necessary in light of the dire financial and economic situation.