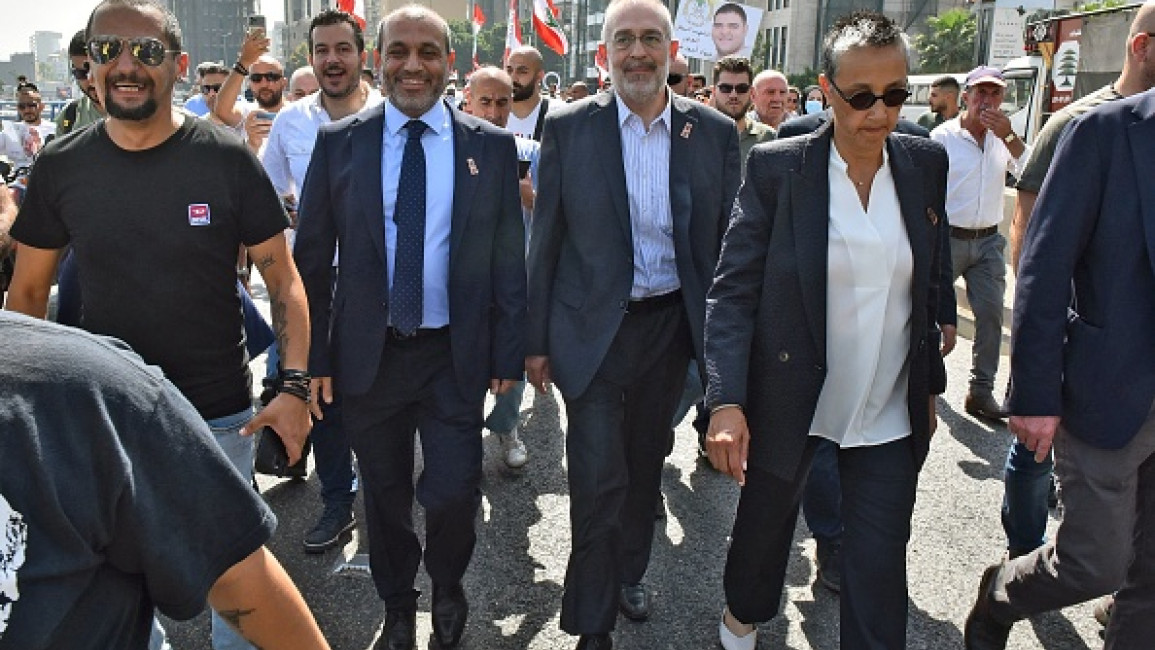 Two newly elected Lebanese lawmakers, including an activist who had pledged to fight corruption, lost their parliament seats on Thursday following an appeals process before the country's Constitutional Council.

Ramy Finge, a dentist and pro-democracy activist from the northern city of Tripoli, was among 13 independent candidates who had won seats in Lebanon's parliamentary elections last May, unseating opponents from Lebanon's traditional parties.

#Lebanon
You will ALWAYS be one of my favorite MP @RamyFinge♥️♥️
Ethical, Genuine & hardworking!
Lebanon’s Constitutional Council has removed the parliamentary membership of Rami Fanj & Firas Salloum and announced the victory of Faisal Karami & Haidar Assef Nasser😞#MPRamyFinge pic.twitter.com/Ek3d1QHNKc

This is unfortunate: Reformist MP Dr @RamyFinge is one of the most dedicated, competent and hardworking Members of Parliament. With modest means, he ran a grassroots campaign and was elected against political heavyweights who made extensive use of their big clientelistic networks https://t.co/p0OxkqhF7m

The decision of the Lebanese Constitutional Council to revoke his seat followed an appeal claiming the initial vote count in his favor was inaccurate. The council revoked Finge's win and returned his seat to his opponent and long-time legislator Faisal Karami.

Karami is a close ally of the Iran-backed militant Hezbollah group and Syrian President Bashar al-Assad. Thursday's council decision adds another legislator to a multi-party coalition backed by Hezbollah, which still falls short of a majority.

Under Lebanon’s political system, opponents who run against a candidate can later appeal before the council. Local and international elections monitors say they had documented cases of fraud in the May elections, as well as vote-buying and at times violence.

Finge has supported Michel Mouawad for president, a candidate backed by traditional parties close to the United States and Gulf Arab countries and a firm Hezbollah opponent.

The race for Lebanon's next president

The tiny Mediterranean nation of Lebanon is in the throes of an economic crisis that has impoverished about three-quarters of its population of 6 million, and a political crisis that has left it without a president and only a caretaker government with limited functions.

In May, Finge told The Associated Press that he hoped to "dismantle this corrupt ruling class" in parliament, and alongside other independent counterparts pull Lebanon out of its economic mire.

Mark Daou, another independent parliamentarian, paid tribute to Finge after his unseating and described him in a tweet as a "responsible and serious representative."

"We will stand by your side and stay together on all fronts," Daou said.

The Constitutional Council also on Thursday unseated Firas Salloum, a lawmaker also from Tripoli and the country's Alawite minority. He was replaced by Haidar Nasser, who filed the appeal after the elections.