Israel tells its World Cup fans to obey local laws in Qatar
MENA
2 min read
The New Arab Staff & Agencies
Israel has asked citizens attending the World Cup in Qatar to exercise 'caution' and follow local rules, due to a lack of diplomatic ties between the two countries. 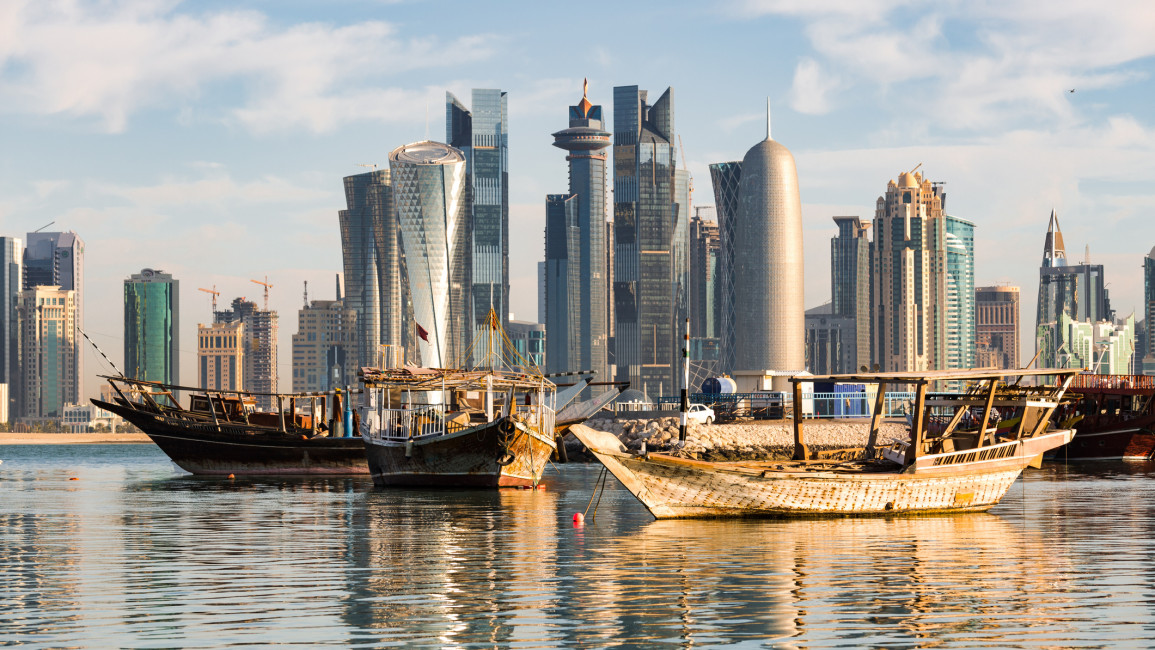 Israel has asked its citizens attending the 2022 World Cup in Qatar to exercise caution and respect local laws due to a lack of diplomatic relations with Doha.

Host Qatar, which does not formally recognise Israel, could see between 10,000 and 20,000 Israelis in the country for the soccer tournament which kicks off on Sunday.

Some are travelling on unfinalised direct flights from Tel Aviv that Qatar said it would permit as part of its commitment to hosting the event.

Qatari activists opposed to normalisation with Israel were shocked after the direct flights were approved.

"We were shocked that Qatar entered... new areas of normalization, with the announcement of direct flights now operating between the apartheid regime in Israel and Doha," the Qatar Youth Against Normalisation group wrote.

Re-Sharing our statement regarding the 2022 World Cup in Qatar with an added English Translation: https://t.co/s0092Om5Oh#فلسطين_في_المونديال #فلسطين_في_مونديال_قطر pic.twitter.com/uaqJTXCSKA

A Qatari government statement said the travel arrangement was "part of Qatar’s commitment to FIFA’s hosting requirements and it should not be politicized".

A Qatari official also told Reuters on Thursday that the air travel agreement does not change Doha's position on Israel.

Israelis coming for the World Cup have been given temporary visas, an Israeli diplomat said on Thursday but Qatar says official normalisation is not in the works.

Qatar remains committed to an Arab League agreement that states normalisation with Israel depends on the establishment of an independent Palestinian state and withdrawal from the occupied territories.

The Israeli team did not qualify for the World Cup.

The diplomat, Alon Lavi, is the spokesperson for a consular team that he said was working out of a Doha hotel with duties that included advising Israelis to be especially careful about obeying local laws and avoiding friction with rival fans.

"We are guests here, and there are many guests from many countries - including countries that we are, perhaps, less accustomed to being right up next to - and the rules here are ultimately more stringent," he told Israel's Army Radio.

"The (consular) delegation is here to assist in all events," Lavi said. "But we do not have all of the infrastructure that perhaps other countries have, and certainly given that we don't have diplomatic ties (with Qatar), and therefore the (potential) arrest of Israelis here is something that troubles us."