US, Israel blame Iran as 'drone strike' hits tanker off Oman
World
3 min read
The New Arab Staff & Agencies
The Pacific Zircon was "hit by a projectile approximately 150 miles off the coast of Oman" on Tuesday, Singapore-based firm Eastern Pacific Shipping, which operates the vessel, said. 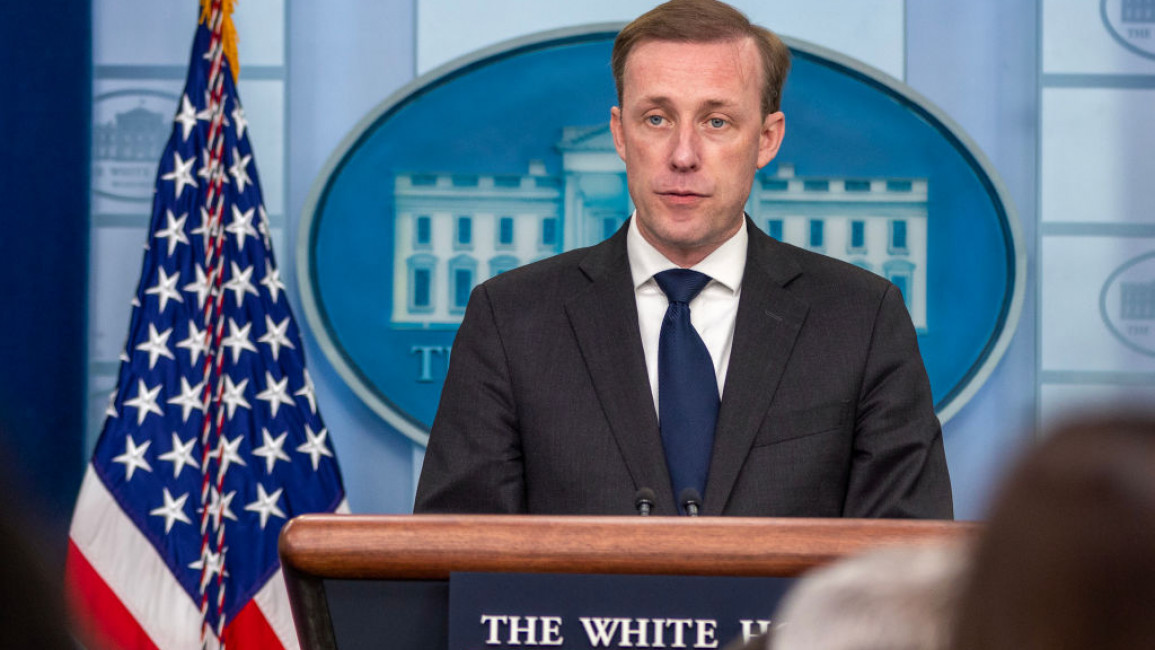 The United States and Israel blamed Iran on Wednesday after what they said was a drone strike against a tanker operated by an Israeli-owned firm carrying gas oil off the coast of Oman.

The Pacific Zircon was "hit by a projectile approximately 150 miles off the coast of Oman" on Tuesday, Singapore-based firm Eastern Pacific Shipping, which operates the vessel, said in a statement, adding that there were no reports of casualties or any leakage of the cargo.

"There is some minor damage to the vessel's hull but no spillage of cargo or water ingress," said the company which is owned by Israeli billionaire Idan Ofer – one of two sons of shipping magnate Sammy Ofer, who died in 2011.

The tanker was carrying 42,000 tonnes of gas oil and bound for Buenos Aires, according to Samir Madani, co-founder of website TankerTrackers.com, an oil shipping online research firm.

The Bahrain-based United States Fifth Fleet said it was "aware of the incident".

An Israeli official told AFP that the strike on the tanker was "an Iranian provocation" that aimed to "disrupt the environment" before the football World Cup opens in Qatar on Sunday.

The official, who requested anonymity, said the attack was carried out with the "same drones that the Iranians are selling to the Russians for use in Ukraine… the Shahed 136," an unmanned aircraft equipped with a warhead.

The Israeli official dismissed suggestions that the strike on the vessel partly owned by Idan Ofer amounted to "an Iranian victory" against Israel.

"It is not an Israeli tanker," the official said.

Iran and Israel are bitter foes and a "shadow war" between the two powers has seen a spate of attacks on ships from both sides that they have blamed on each other.

Iran was blamed for a 29 July 2021 drone strike on an Israel-linked tanker sailing off the coast of Oman, the MV Mercer Street, that killed a former British soldier and a Romanian national.

Tehran denied responsibility for that strike.

Heightened tensions between arch foes Washington and Tehran in recent years have also seen incidents between their navies, including in August, when Washington said it prevented an Iranian ship from capturing a US maritime drone in Gulf waters that are vital for world energy supplies.

Iran and world powers have engaged in on-off talks to revive a landmark 2015 deal that sought to curb the Islamic Republic's nuclear activities in exchange for sanctions relief.

Is Israel ramping up its shadow war on Iran? https://t.co/ROWPslVIMj

The United States, Britain, France and Germany have submitted a motion to the UN nuclear watchdog censuring Iran for lack of cooperation with the agency, diplomats told AFP this week.

"The risk of attacks against shipping and energy infrastructure in the wider region is rising mainly due to the lack of progress in US-Iranian nuclear diplomacy," said Torbjorn Soltvedt, Middle East analyst with the Verisk Maplecroft risk intelligence company.

A decision by Washington to apply further sanctions pressure on Tehran has exacerbated the risk of further attacks, Soltvedt said.

Iran has been rocked by two months of mass protests – the biggest in years – following the death in September of 22-year-old Kurdish Iranian Mahsa Amini after she was arrested by Iran's notorious morality police for allegedly wearing her hijab 'incorrectly'.

Amini's Kurdish first name can be spelt "Jina" or "Zhina".

"Ongoing mass protests against the Iranian government also make it more likely that Tehran will seek to stoke unrest in the broader region as a diversionary tactic," Soltvedt said.