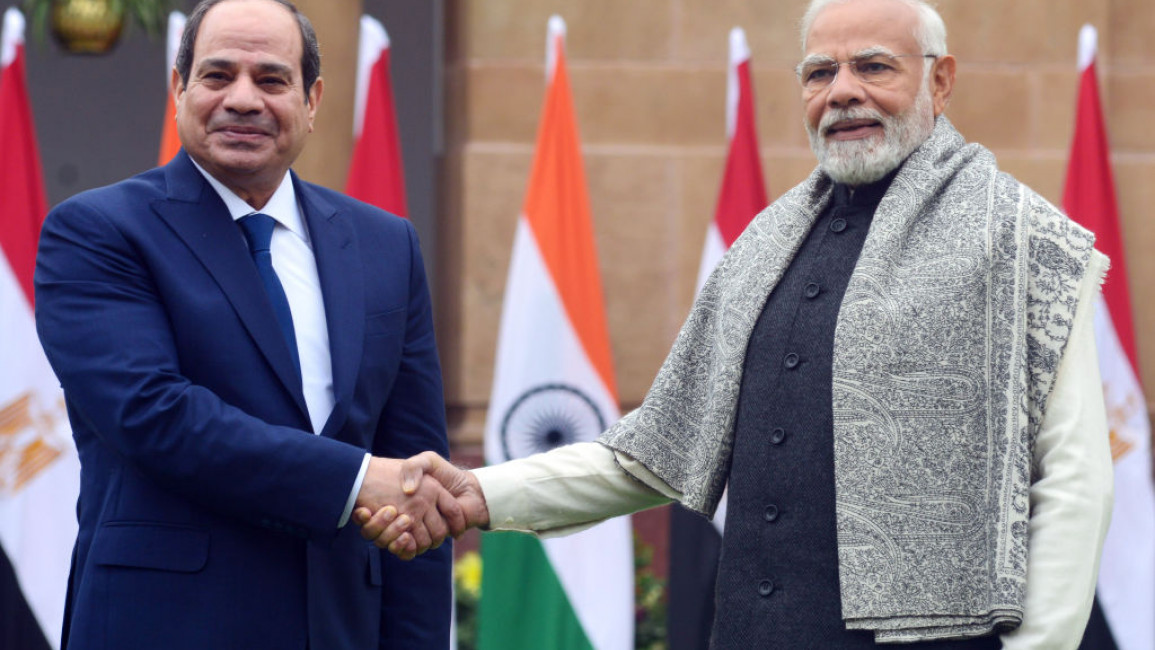 India and Egypt agreed Wednesday to boost trade between their countries during a visit by the Egyptian president that underscores Prime Minister Narendra Modi’s efforts to fortify ties with other emerging economies.

Modi and Sisi expressed concern over disruptions to food supplies and other critical resources due to the war in Ukraine. Modi sought Egypt’s cooperation in fighting cross-border terrorism, extremism, and cyber threats.

Egypt’s economy has been strained by the pandemic and Russia’s war in Ukraine, which pushed prices for oil and other commodities to record highs. One of the world's biggest importers of wheat, it obtained help from the World Bank last year to finance its grain purchases as supplies from Ukraine were disrupted.

Imports from India, which made an exception for countries like Egypt facing severe shortfalls even as it banned most wheat exports, helped to bridge the gap.

Sisi invited Indian businesses to invest more in the Suez Canal Economic Zone. More than 50 Indian companies have invested around $3.15 billion in various parts of the Egyptian economy, including chemicals, energy, textiles, garments, agri-business and retailing, according to India’s External Affairs Ministry.

India is the host country for the Group of 20 major economies this year and Modi has invited Sisi to attend as one of its special guests.

Sisi will be the chief guest at India’s Republic Day parade on Thursday marking the anniversary of the adoption of the country’s constitution on January 26, 1950. India won independence from British colonial rule in 1947.