Killing of women and children by family members increase by 94% in Jordan for 2022: report

Killing of women and children by family members increase by 94% in Jordan for 2022: report
MENA
3 min read
William Christou
Lebanon
Experts pointed to poverty as a key driver for increased familial crimes against women and children. 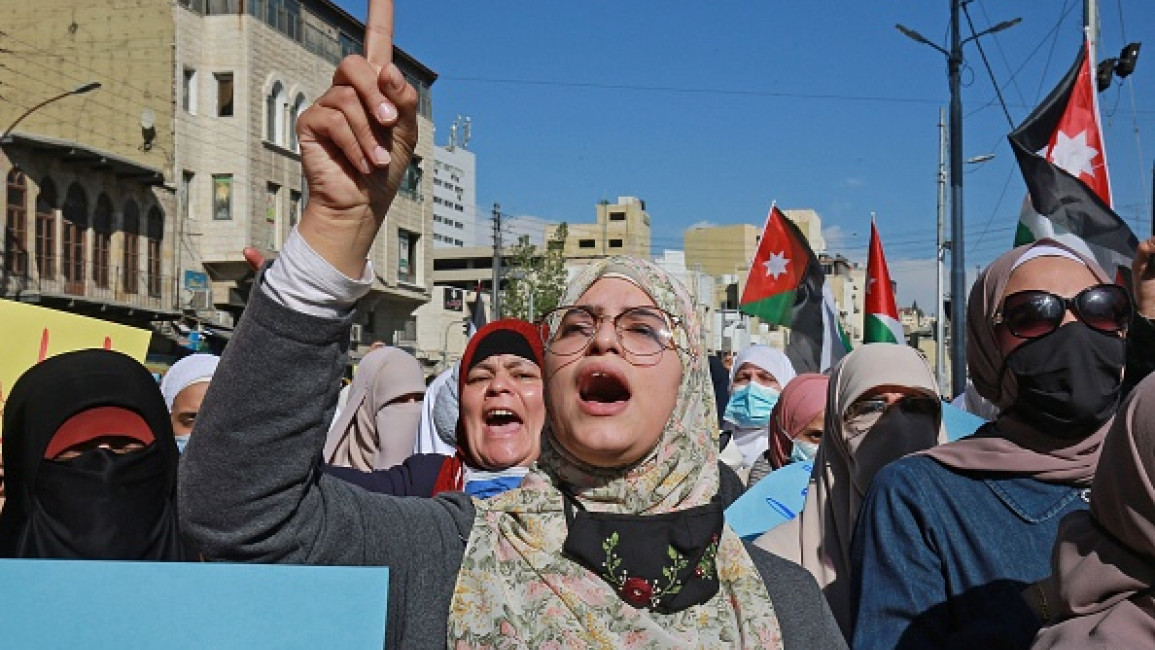 Killings of women and children by family members in Jordan were up by 94 per cent in 2022 as opposed to the year prior, a report by the Jordanian Women's Solidarity Association revealed on Tuesday.

The majority of women and children were killed by close family members, such as brothers and husbands.

The reasons behind the sharp rise in incidences of femicide and the killing of children are "complex," according to Zohour Gharaibeh, the author of the report.

"The causes of murders, especially family crimes, are complex. But I think the primary causes are psychological and legal," Gharaibeh told The New Arab.

She pointed to the societal stigmas that accompany mental health and said that untreated mental health issues are often the drivers of domestic violence, and on occasion, murder within the family.

Man murders two children, buries them in home in Jordan

So-called 'honour killings', where family members kill daughters, sisters or wives for perceived slights to the family's honour, are illegal in Jordan.

Jordanian law allows for a family to reduce the severity of legal penalties against murderers, in the case of a brother killing a sister, for example.

However, legal advocates have said certain loopholes in Jordanian law, such as article 98, which reduces sentences if the crime was committed in a "fit of fury."

In the summer of 2020, a particularly horrific murder of a Jordanian woman, Ahlam, by her father, shocked the country and sparked calls for reforms of Jordan’s criminal code.

Ahlam had allegedly called the family protection unit in fear of her father but was bludgeoned to death in the street by her father after being returned to her family.

Rana Husseini, the journalist and author of "Murder in the Name of Honour", said that there were myriad reasons behind violence against women in Jordan.

She also said the 'viral' aspect of certain crimes against women has incentivised copycat crimes in the Arab world.

In June 2022, a 23-year-old university student was shot to death in Irbid by a spurned lover, prompting renewed demands for increased protection of women.

The crime was allegedly inspired by the fatal stabbing of an Egyptian university student by a suitor she rejected which occurred just a few days prior.

"Social media is a double-edged sword. Lots of people are outraged, but then you have comments that justify why [women] are killed. Words incite more violence in a society," Husseini said.