Algeria president says decision to end Morocco ties was alternative to war
MENA
2 min read
The New Arab Staff
The Algerian president has renewed his rejection of any mediation to end his country's diplomatic crisis with Morocco, calling on the UN to condemn Rabat's 'occupation' of Western Sahara. 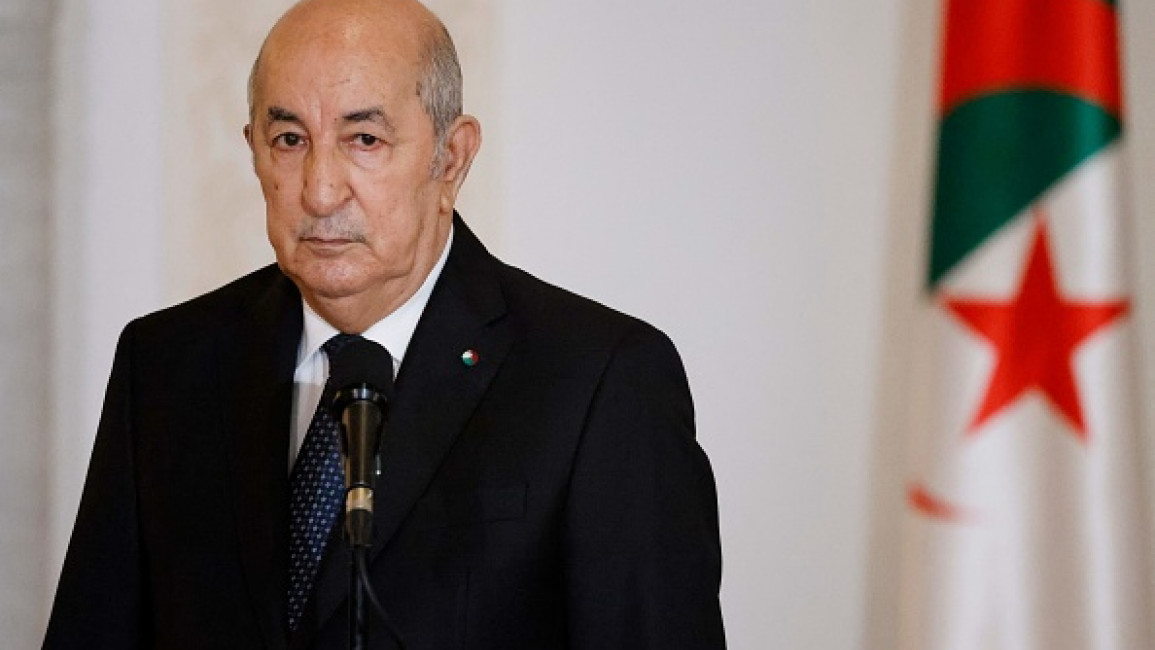 Algeria’s decision to sever ties with Morocco last year was an alternative to the two countries going to war, President Abdelmadjid Tebboune has said, accusing Morocco of "persevering in its hostility" towards his country.

Speaking to French newspaper Le Figaro, Tebboune said tense relations with Morocco dated back to the 1963 Sand War, and stressed that the problem was "with the Moroccan regime and not with the people".

"There are 80,000 Moroccans living in Algeria without the slightest problem," Tebboune said in the comments published Thursday, renewing his rejection of any mediation to solve the diplomatic crisis.

"Relations with both North African frenemies have cast a shadow on Macron's diplomacy in the region."

Algiers cut off ties with Rabat in August 2021 over the Western Sahara dispute, in which the North African nations have been locked for decades.

Morocco controls about 80 percent of the desert territory, while Algeria supports the rebellious Polisario Front.

Algeria has also been increasingly angered by Morocco's security and defence cooperation with Israel, with which it established relations in December 2020. Algiers does not recognise Israel.

Tebboune criticised what he considered a discrepancy between the international community's position regarding the war in Ukraine and the situation in Palestine and elsewhere.

"What I can say is Algeria neither supports nor condemns what is happening in Ukraine," Tebboune said of the ongoing war there.

"While wanting to upset neither the Kremlin nor the West, Algeria has been neutral in this conflict."

How long can Algeria's neutrality in the Ukraine war last? ⬇ https://t.co/uOaRM3WN43

"On the other hand, it would be desirable if the United Nations condemned what is happening in similar matters outside Europe, such as the occupation of the [Syrian] Golan Heights by Israel and Western Sahara by Morocco."

Tebboune said he would be visiting Moscow at a yet undetermined date.

On a more positive note, Tebboune congratulated the Moroccan national team for their performance during the 2022 World Cup in Qatar.

"We applauded them as they applauded us when we won the African Cup in 2019," he said.

Morocco made history by becoming the first African and Arab team to reach the semi-finals in the global football tournament, before they were knocked out by France.