Algeria's president bans officials from discussing military issues to the press
MENA
2 min read
Basma El Atti
Rabat
In Algeria, the President of the Republic occupies also the positions of Minister of Defence and Commander-in-Chief of the Armed Forces. 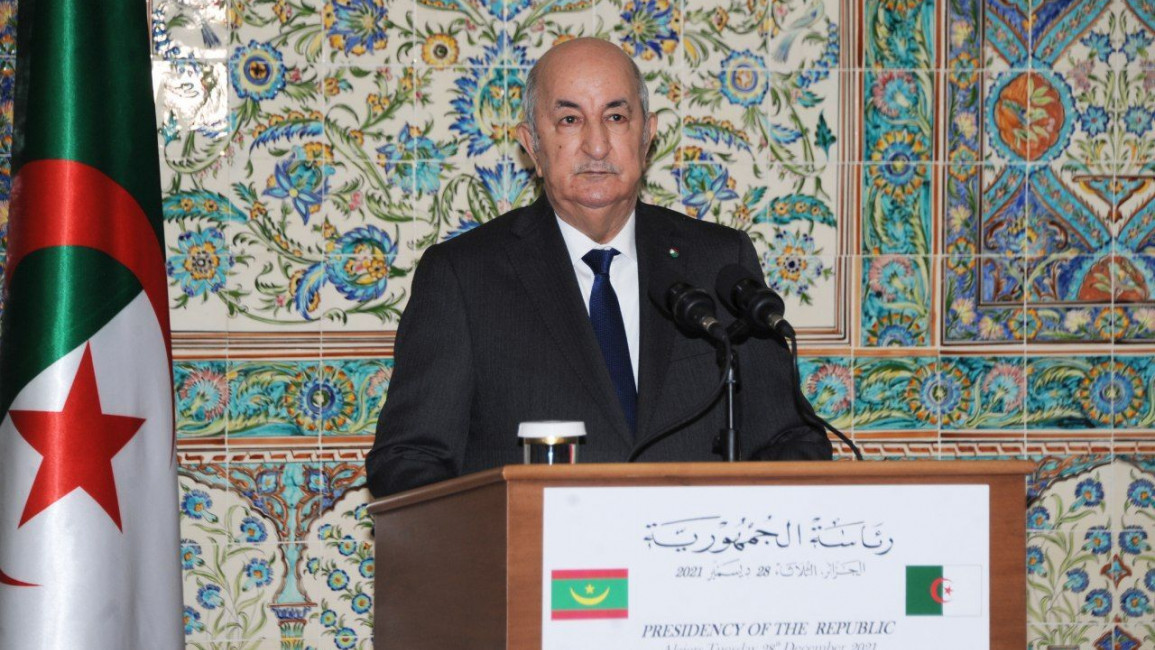 Algerian President Abdelmadjid Tebboune has issued a decree banning military and government officials from speaking to the press about military issues without prior permission from him.

On Monday, President Tebboune affirmed during a cabinet meeting "restricting any media statements in issues related to national defence (...) without a license from the Minister of National Defense," reported The New Arab's Arabic-language sister site, Al-Araby Al-Jadeed.

In Algeria, the President of the Republic occupies also the positions of Minister of Defence and Commander-in-Chief of the Armed Forces.

It remains unknown whether this decision also includes the statements of the Army Chief of Staff, Lieutenant General Al-Saeed Shangriha, who constantly speaks on state television on army-related activities.

The new law also reiterates the 2016 decree that bans retired army officers from speaking to the media or disclosing any information about their past.

During the same meeting, President Tebboune also called on the government to enrich the draft of military justice law, stressing "the need to take into account the privacy and the secrecy military activities require within the framework of protecting the supreme interests of the state."

This year, President Tebboune also presented a draft law regulating the relationship between the government and parliament, which included preventing deputies from interrogating the government on defence and foreign issues.

Since its independence, the Algerian army has exercised a great influence on the political power in the country as it is often described as a state within a state.

Reports say the presidency and the intelligence service have always competed with military elites in Algerian politics, though the army's legacy in fighting Franc's colonisation has legitimised their presence in the political sphere.

During the Hirak-protests, Algerian protests chanted for the first time 'Madaniya Machi Askaria' (Civil and Non-Military State) calling for the end of decades of military influence on decision-making.

However, the Carnegie Middle East Center expects the post-Hirak leader Tebboun to be merely a civilian facade of the army power as the new leader lacks the influence and the power to fight the military's well-established authority.

The power wielded by Algeria's military leadership is seen by experts as one of the biggest obstacles to Algeria's transition to a democratic model and its emergence from the vortex of internal economic crises that are often accompanied by corruption.