In the Shade of the Sunna: Salafi piety in modern Egypt and Saudi Arabia

In the Shade of the Sunna: Salafi piety in modern Egypt and Saudi Arabia
Book Club
6 min read
Sadek Hamid
Book Club: For many, Salafism has connotations of intolerance and hyper-orthodoxy. Through Aaron Rock-Singer's research, the reader learns about some of the overriding themes that dictate this theological strain through two country-wide case studies. 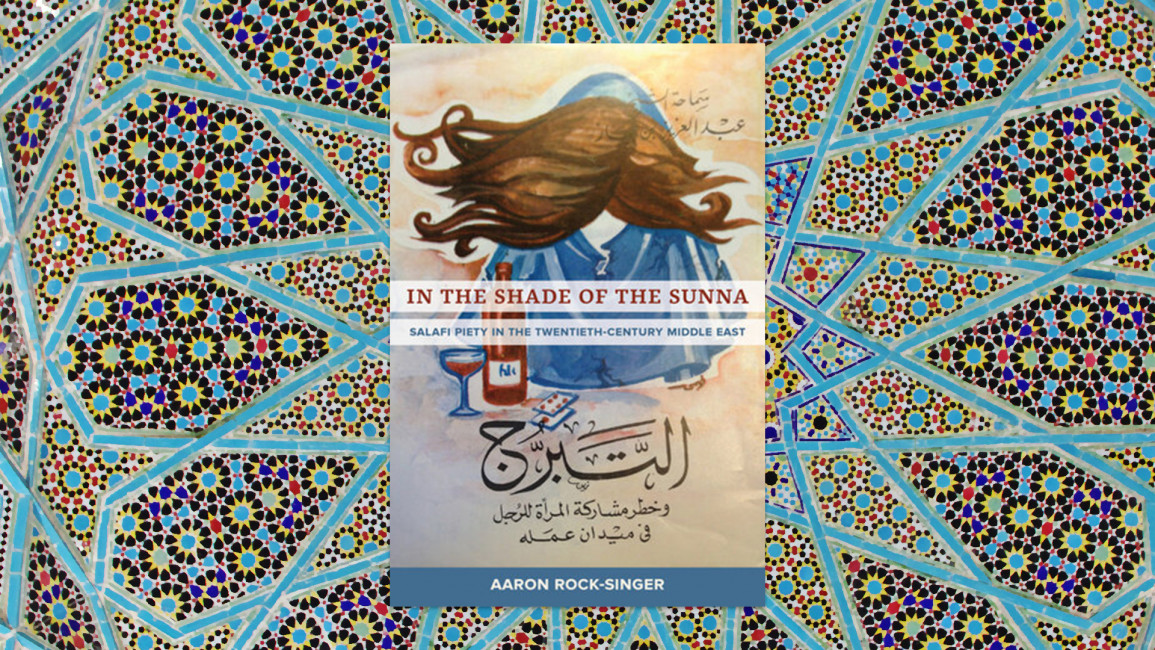 Over the last two decades,  Salafism  has become a source of concern among policymakers and media outlets due to its association with political violence and the allegation that it promotes social separatism.

As a religious trend, Salafis are known for their insistence on correct aqidah (theology), emulation of the Sunnah (behavioural paradigm of Prophet Muhammad), rejection of bidah (religious innovation) and stringent commitment to authenticated religious practices.

Organisationally, they are a diffuse set of overlapping networks known for their fierce loyalty to specific scholars in the Middle East and comprise a variety of subgroups and tendencies, often in competition with each other over issues of religious purity, authenticity and influence.

"Drawing upon over 150,000 pages of Salafi print media, archives and contemporary Salafi websites, the author offers a critical reading of twentieth-century Salafi discourse"

The importance of religious hygiene is articulated in their discourses about the purity of belief, identity and social interactions with other Muslims and non-Muslims.

The themes of purity of faith, identity and authenticity among Saudi and Egyptian Salafis are the subject of In the Shade of the Sunna: Salafi Piety in the Twentieth Century Middle East, the latest book by Aaron Rock-Singer, a historian of the Middle East, who has previously written Practicing Islam in Egypt: Print Media and Islamic Revival.

The centrality of daily religious practices in shaping Salafi identity forms the core of the argument of the book, in particular, signature Salafi visual identity markers such as men growing fist-length beards, praying with shoes, wearing garments above the ankle and espousal of strict gender segregation.

Drawing upon over 150,000 pages of Salafi print media, archives and contemporary Salafi websites, the author offers a critical reading of twentieth-century Salafi discourse, examines their claims of continuity with early Islamic history and questions the assumption that Salafism is best understood in terms of its interpretation of sacred texts.

Instead, Rock-Singer argues that Salafi approaches to emulation of the earliest three generations of Muslims are often ahistorical and is a response to other religious currents and the socio-political milieu of post-colonial modernity.

Using Egypt and Saudi Arabia as case studies, the six chapters of the book trace the emergence of Salafism in the late nineteenth century and highlight two developments -the rediscovery of early Islamic legal texts that was enabled by the widespread growth of print technology during this period.

The other is the perceptual shifts that shaped Salafism against the rival ideological competitors of Islamism and Nationalism. Following the introductory chapter, the second chapter narrates the process by which leading Salafi actors such as the Ansar al-Sunna movement, through the 1930s to 1980s developed the legal innovation of expanding non-negotiable ritual acts into domains that were previously determined by local practice.

The life and times of Lord Headley: A British Muslim pioneer

The remaining chapters demonstrate how these legal innovations transitioned into distinctive socio-religious practices related to appearance and gender relations in the public sphere.

Chapter three elaborates on how focusing on the adoption of specific Prophetic practices such as wearing shoes while praying, was a means by which Salafis asserted themselves as distinct from other Muslims.

This questioned their religious authenticity and fidelity to the Sunnah and also challenged the broader political and social order that upheld Sunni mosques within and beyond the Middle East.

Tellingly, this was a divisive strategy and while some Salafi scholars maintained the practice’s legitimacy in theory -they also offered justifications for not following it.

"Despite being numerically smaller compared to other Muslim trends, Salafism’s wider significance is that it has been successful in reshaping Islamic thought and practice in Muslim and non-Muslim countries around the world"

In chapter four, gender segregation in Saudi Arabia is contrasted with Egypt. While Salafi scholars in the Kingdom often lead debates about these issues -Egyptian Salafis did not always follow -the most obvious case being the arguments advanced to rationalise separation between the sexes. While it became a social reality in Saudi Arabia, it was difficult to implement in Egypt.

This particular desire to maintain social distance between men and women was due to legal edicts issued by leading Saudi Salafi scholar Abd Al-Aziz ibn Baz, who argued that the Qur'anic prohibition of tabarruj (female flaunting), included any form of gender interaction and called for women to remain in their households to prevent sexual immorality in society.

This juristic verdict was of course not practical for most people and did not consider different social-cultural realities of women and families in Muslim societies around the world, particularly females who had to work to support their families or wanted to pursed careers.

It is worth noting that the hyper-gender segregation advocated by Salafis, was not actually practised by the Prophet during his lifetime or by subsequent early generations of Muslims, as women played an active role in the public sphere. This ultra-conservatism was inevitably unstainable and has recently begun to unravel dramatically in Saudi Arabia as new social liberalisation policies are implemented.

Salafi men are usually visually identifiable by the way they grow their beards and the consequences of distinctly styled Salafi facial hair is examined in the fifth chapter.

This seemingly trivial matter was an issue of contention for some scholars who debated the minutiae of the Prophetic beard. Its valency was in part a rejection of foreign influence and reaction to the denigration of the beard by secular nationalists, who considered it a sign of backwardness -preferring clean-shaven faces or moustaches that were supposed to be a symbol of social progress.

In chapter six, the author explores the Salafi insistence on isbal- wearing garments above the ankle. This practice is derived from prophetic warnings to men against letting their robes hang below the ankle.

Wearing trousers above the ankle, combined with a bushy beard usually indicates the religious allegiances of its wearer. This like the other practices would be bitterly debated among Salafi scholars and other non-Salafi jurists and would contribute to social divisions among Muslims.

All of these visual makers and social practices matter to Muslims concerned about maintaining their specific identities in a world that challenges them to change.

Media of the Masses: Cassette culture in Modern Egypt

As the author points out, Salafism adopts a distinctly modern logic of identity in addition to making use of modernity’s political, social and economic processes to counter its encroachment upon their faith.

By focusing on the performance of religious practices rather than discourse only, Rock-Singer contextualises the social conditions that underlie Salafism’s distinct moral and legal reasoning. Though the subject matter may appear irrelevant to many, it exposes the background to ongoing battles for religious identity and authenticity among Muslims today.

Despite being numerically smaller compared to other Muslim trends, Salafism’s wider significance is that it has been successful in reshaping Islamic thought and practice in Muslim and non-Muslim countries around the world and continues to be a source of contention.

In conclusion, this text is an erudite, novel examination of the social history of Salafism and its project to fashion a distinct visual Salafi identity through a reconstruction of early Islamic history. It will be of interest to specialists and lay people interested in Islam and the Middle East and makes a valuable contribution to the field of Salafism studies.

Dr Sadek Hamid is an academic who has written widely about British Muslims. He is the author of  Sufis, Salafis and Islamists: The Contested Ground of British Islamic Activism.

Hajj and the Arts of Pilgrimage